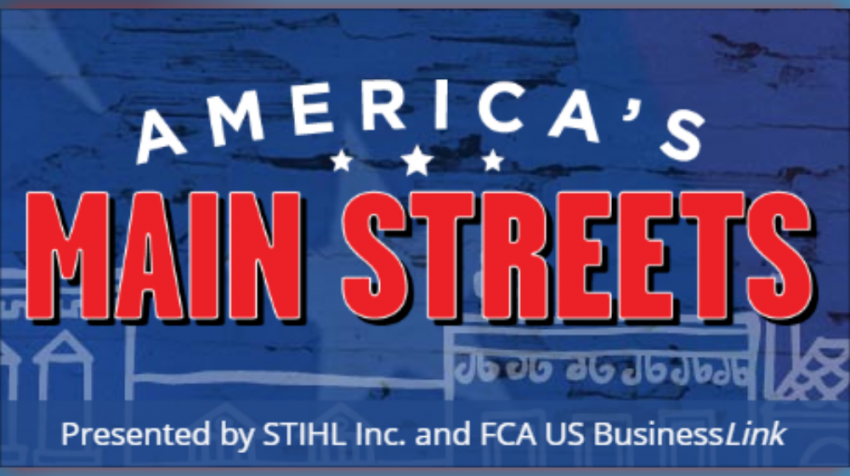 Small business group Independent We Stand (IWS) is running an online contest that began on March 1 to reward the most “deserving” Main Street or downtown district in the U.S. as a way of promoting small business in America.

The idea is simple — consumers and small business owners pick a primary retail street in the U.S. that needs a boost (revitalization, if you will) by nominating their favorite local Main Street at MainStreetContest.com. Sponsors will then invest cash certificates, social media recognition and a slew of other prizes to celebrate the energy, drive and passion of that Main Street and help it continue to thrive.

The main sponsors of the contest are STIHL Inc. and FCA US, LLC and BusinessLink, backed by a number of other partners and co-sponsors, including Main Street America, the North American Retail Hardware Association and the National Federation of Independent Businesses.

“The goal of this inaugural Independent We Stand ‘America’s Main Streets’ contest is to promote the importance and strong economic benefits of Main Streets and the small businesses that help them thrive. We expect to see communities rallying for their Main Streets simply by going online and encouraging others to do the same. We want to know what already makes your Main Street tick or what you think would make it even better.”

Anyone can nominate a Main Street, including local residents, business owners, the Main Street officials or “Local First” organizations.

If you need help finding a Main Street to nominate, Main Street America has a list of nationally designated main street programs on its website you can go through to find one near you.

The winning Main Street will receive $25,000 in cash for revitalization.

IWS hits the road on March 14 for what it calls “The Great American Route 66 Road Trip.”

The iconic Route 66, popularly known as the Main Street of America, is the backdrop for the bus tour that will go through five cities in five states in five days.

The IWS team says it will eat, stay and play local the whole way.