Recharge Your Phone in Three Minutes With iTron 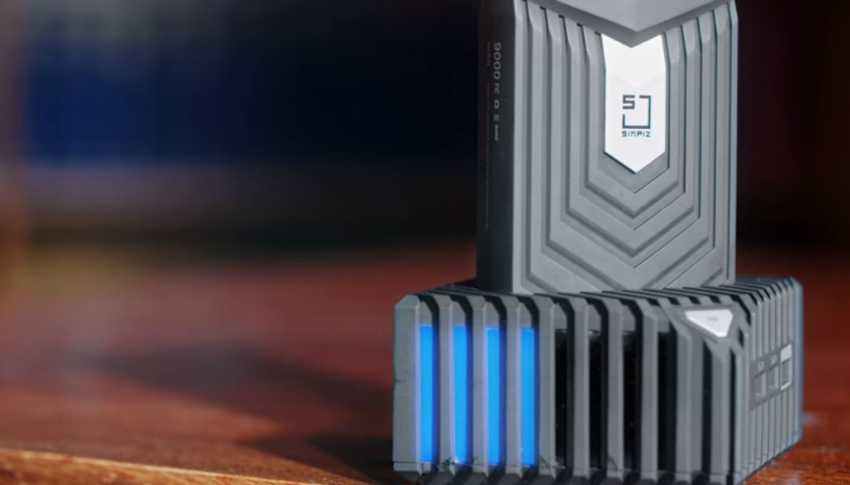 Simpiz, the maker of a powerful portable charger called iTron, claims the unit can fully recharge your phone to 9000mAh in 18 minutes. Even better, three minutes is enough to recharge an iPhone 5. And when at full power, the iTron fully can recharge most smartphones three times or more.

What makes the portable power bank even more enticing is the fact that you can plug-in and charge three devices at once. The quick-juicing battery pack includes three USB ports, so you can conveniently recharge your phone, tablet and at least one other battery powered piece of technology from a single station.

Recharge Your Phone And Go!

The design itself is no less striking. The iTron sports an interesting grooved surface that makes it look more like some futuristic piece of machinery than a portable battery pack.

The portable power bank uses the smart DUBI 1.0, a custom chip developed by Simpiz R&D Power Lab for safe charging. DUBI optimizes performance by allowing your device to receive the fastest charge possible within safely limits. The technology helps in maintaining dynamic equilibrium and protects against eight things most people worry about when recharging a device. Those concerns include short-circuiting, undercurrent, overcharging, overheating, overcurrent, output overvoltage and input overvoltage.

An Indiegogo campaign for the device has an aggressive timeline with product delivery scheduled for May 2016.  The $60 Super Early Bird package is already sold out, but you still have a chance to claim the $79 package.

Clearly, any mobile entrepreneur who has run out of charge at the worst possible moment will know the importance of a device like this. “We’ve all been there. And we know the frustration. But that aggravation is coming to an end with the iTron,” the company says in their Indiegogo campaign page.