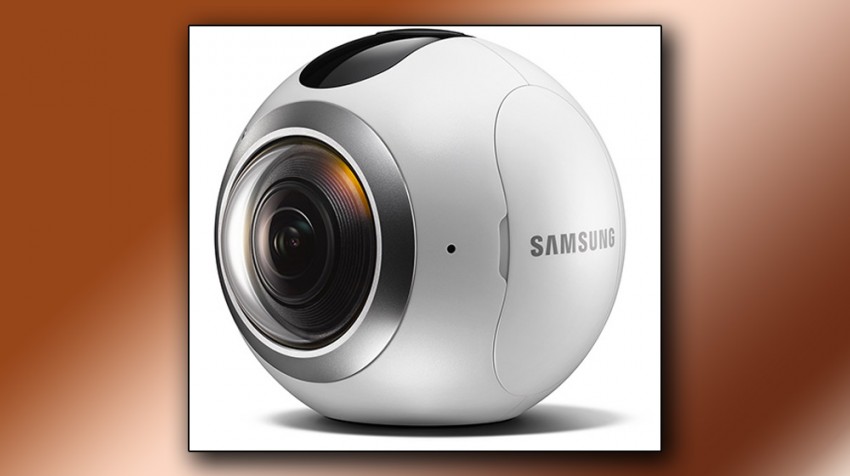 The 360-degree video capture market is relatively new, but many see the technology as a stepping stone for virtual reality (VR) content. A truly immersive VR experience requires cameras that are capable of capturing everything a person sees in front of them. And that is what the new Samsung Gear 360 is designed to do, the company says.

Samsung announced the Gear 360 at the Mobile World Congress in Barcelona, and it is not the only company coming out with this type of camera in 2016. Kodak, Ricoh, Nikon, LG, Bublcam and Vuze are just some of the many you will be seeing in the market place.

The Samsung Gear 360 has a dual f/2.0 fisheye lens with 15 megapixel image sensors capable of capturing high-resolution (3840×1920) 360-degree video, as well as 30 megapixel still images. And if you just want to capture a 180-degree image, all you have to do is use only one of the cameras.

Th company claims to have designed the camera so anyone can use it out of the box. The Bright Lens 2.0 aperture ensures even low light conditions are properly lit and in focus.

The video the Samsung Gear 360 records is output in MP4 (H.265) and JPEG for stills, which makes it that much easier when you are transferring the content to another device or your YouTube channel. It is compatible with Samsung smartphones including, the new Galaxy S7 and Galaxy S7 edge, Galaxy S6 edge+, Galaxy Note 5, Galaxy S6 edge and Galaxy S6. And if you want to use your PC, there is an app called Gear 360 Action Director.

So What are the Business Applications for the Samsung Gear 360? 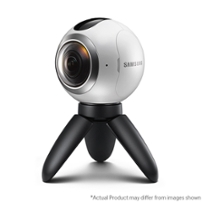 Since video has become the preferred way of consuming content, using the Samsung Gear 360 gives small businesses a way to showcase their services with more bang. Travel and tour operators, real estate agents, hotels, decorators and content producers are just some of the businesses that will be able use the camera.

When you add the VR component to the 360 content, it gives these businesses yet another way in which they can interact with their customers. Whether it is property tours or travel destinations, customers can see what they will experience before they even get there.

The Samsung Gear 360 is entering a segment that is getting more crowded by the minute, but name recognition and interoperability with its smartphones and Gear VR will give it a clear advantage over companies that are just making the cameras.

The Samsung Gear 360 camera will be available in the second quarter 2016, but the price has yet to be announced.