5 Tips from Top Leaders to Revolutionize Your Business 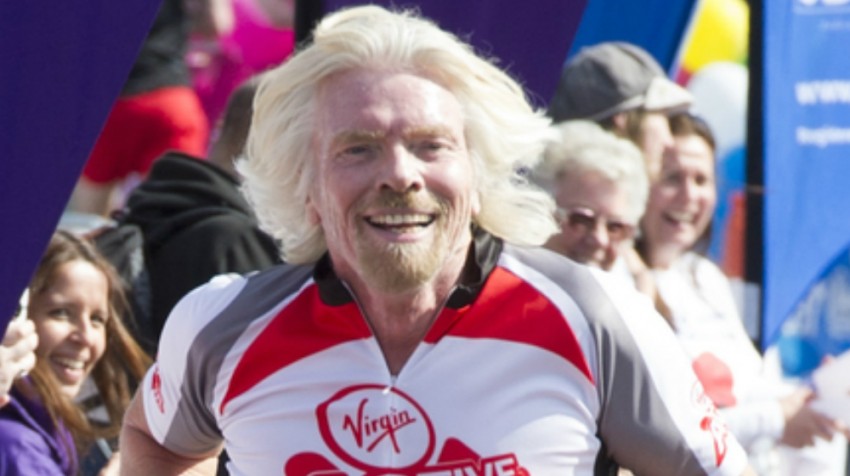 Admit it: at one point or another, you’ve wished that a team of business experts would swoop in Shark Tank-style and give your company a big jolt of energy and some tough love.

Running a company every day can be downright exhausting. It’s easy to get caught up in the minutia of sales numbers and marketing analytics and miss the bigger picture.

While I can’t bring you onto Shark Tank, I have gathered together some of the best published advice from five major global business leaders. From Richard Branson to Donald Trump, consider this your personal business consultation panel.

Tips from Top Leaders in Business

1. Start with What You Know

While this might seem obvious, very few entrepreneurs ever dive into an industry they’re not completely sure of and come out on a positive. Lord Alan Sugar, who heads up the British version of The Apprentice, considers this to be of utmost importance and has been publicly critical of entrepreneurs who set up a business “because you just randomly think it’s a good idea.” (Spoiler alert: failure is inevitable.)

“So, for example, you might have worked in the purchasing department of ‘Philip Green’s Shop for Ladies’ Shoes’, say, and been out to Hong Kong or China to buy shoes and realized that they only cost £3 and end up being sold for £39 in the shop. You’re the one who has the expertise, so you develop a little range for yourself and start to sell them. That’s the way you start. But that’s because you’ve amassed some experience.”

“If money is your only hope for independence, you will never have it. The only real security that a man can have in this world is a reserve of knowledge, experience and ability.” — Henry Ford

Studies show that companies that promote from within have higher employee morale and lower turnover rates. Employee turnover is expensive: it costs, on average, 30 to 50 percent of an entry-level employee’s salary to replace them, and as much as 400 percent of a senior- level employee’s annual salary to replace highly specialized employees. Not only is it less expensive to promote from within, but it’s better for business, too.

Per Wickstrom, the founder of the Best Drug Rehabilitation, Michigan, argues:

“One powerful way to create dedicated employees is to train them for the next step in their career and then promote them when a position is available. If a business is small, it remains important to create an atmosphere of personal and professional growth. Allow workers to learn new skills and take on new responsibilities as they prove capable.”

3. Be Prepared to Fire People – and Do It

Kevin O’Leary, of Shark Tank fame, sold his business, The Learning Company, for $4.2 billion in 1999. And, according to O’Leary, the first thing you need to be prepared to do is fire someone. Yes, firing employees can be tough, especially if they’ve been loyal to your company through difficult times. But if the employee is failing to contribute to the business, you’ve got to drop the dead weight. You’ll both be happier going your separate ways.

“You need to be willing to fire someone once they lose their direction with the business. There is no debate on this one—you have to fire them. The first moment you think about firing someone; you should do it. I know that sounds cold, but it isn’t. It’s part of the Darwinian nature of business.”

You may not like the experience of running a business every day, but if you don’t have an underlying passion for what you do — and the ability to enjoy the process — you’ll be miserable. And this misery will start to infect others at your company, too. Just ask Richard Branson, considered to be one of the most dynamic entrepreneurs alive today.

Branson writes in his book, “Like a Virgin: Secrets They Won’t Tell You At Business School“:

“When I started Virgin from a basement in West London, there was no great plan or strategy. I didn’t set out to build a business empire … For me, building a business is all about doing something to be proud of, bringing talented people together and creating something that’s going to make a real difference to other people’s lives.”

This piece of advice is one of the more controversial on this list, but, coming from an extremely successful entrepreneur, we couldn’t possibly omit it. Donald Trump, who is currently a Republican candidate for the United States presidency, previously amassed his fortune of more than $10 billion in the entertainment industry. It also fits nicely with the continued importance of brand building: when you build a business, you’re not just building a company. It’s also an extension of your personal brand.

“I’m not saying that they necessarily like me. Sometimes they write positively, and sometimes they write negatively. But from a pure business point of view, the benefits of being written about have far outweighed the drawbacks — that’s why a little hyperbole never hurts.”

Bookmark these tips from top leaders for when you need it most.

Brian is a seasoned digital marketing expert who loves to write about subjects that help small businesses grow their brands and increase their rankings online. He accomplishes this through his agency Integrity Marketing & Consulting, which he founded in 2011.
One Reaction
Subscribe
Follow @smallbiztrends
RSS LinkedIn Pinterest iTunes