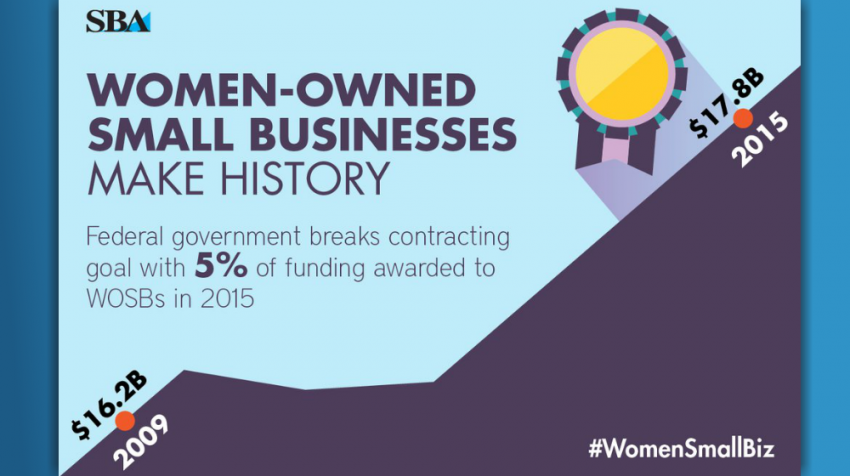 After almost two decades, the federal government for the first time has been able to meet its goal of awarding five percent (worth $17.8 billion) of all contracts to women-owned small businesses.

In the announcement, Contreras-Sweet said, “Meeting this goal means five percent is no longer our ceiling but our foundation upon which to build. A recent SBA-commissioned study revealed women-owned businesses already employ eight million American workers, but when it comes to receiving contracts and capital, women are still under-represented. That’s why the SBA has added 36 new industry categories where women can now compete for set-aside contracts and sole-source awards. This will dramatically expand contracting opportunities for women-owned businesses, paving the way for new jobs and industries to be created.”

There have been initiatives in the past to help boost government contracting opportunities for women-owned small businesses. Two such initiatives worth a mention are the ChallengeHER and Give Me 5 programs.

The ChallengeHER Campaign was an effort initiated by Women Impacting Public Policy (WIPP) in 2013 to engage women-owned small businesses in the Federal procurement process. The inititive leveraged the resources of SBA, WIPP, and American Express OPEN to promote the Women-Owned Small Business Federal Contract Program and bring more women-owned firms into the federal government’s supply chain.

The Give Me 5 Program named after the 5 percent federal contracting goal for women-owned businesses, was created by Women Impacting Public Policy (WIPP) and American Express OPEN to educate women business owners  about how to apply for and secure federal procurement opportunities.

WIPP is a national nonpartisan public policy organization representing about 4.7 million business women including 78 business organizations. WIPP identifies important trends and opportunities and provides a collaborative model for the public and private sectors to increase the economic power of women-owned businesses.