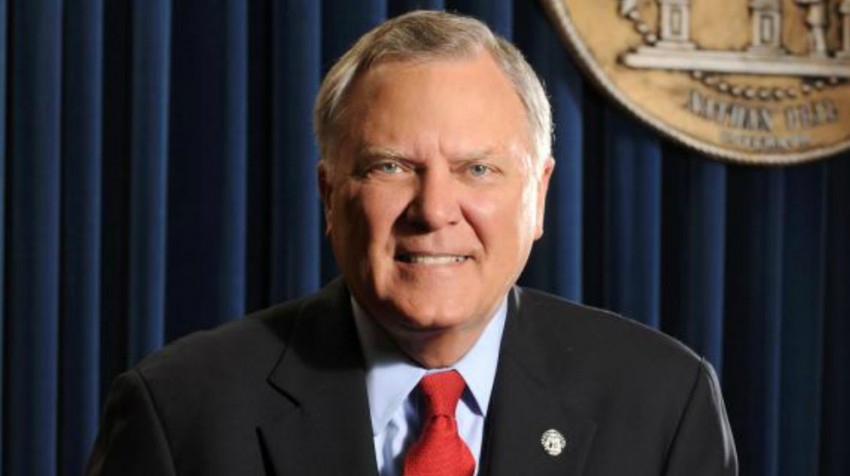 The legislation would have allowed faith-based organizations to deny services to those who violate their religious beliefs. It also would allow organizations to fire employees who did not hold those same beliefs.

The bill was backed by religious conservatives. Upon passing the Georgia Assembly it was quickly opposed not only by gay rights and social activist groups, but also by businesses and business groups.

Business leaders feared that customers, business partners and others would boycott business interests in the state. The Atlanta Metro Chamber of Commerce, the local convention bureau, Disney, Apple, Time Warner and Salesforce were among those opposing the bill.

The fight spilled over onto Twitter. Tech leaders such as Jeremy Stoppelman, the co-founder and CEO of Yelp, tweeted urging the governor to veto the bill:

“As a privately held company, we don’t normally comment on public policy. However: We do not support SB 129 or any other discriminatory legislation. We ask Georgia’s lawmakers to join the voices in their community that are saying no to discrimination and intolerance. We’re extremely concerned that this legislation would be harmful to people, cities, and businesses in our state. It also opposes many of our own company’s values: inclusiveness, diversity, equality, and respect.”

But according to the Atlanta Journal Constitution website, the bill also had equally fervent supporters. A story by Greg Bluestein noted:

“It was far from a one-sided fight, however. The conservative Faith and Freedom Coalition launched robo-calls backing the measure, and the Georgia Baptist Mission Board marshaled its 1.3 million members to rally around the bill. State Sen. Josh McKoon and other prominent supporters cast it as a way to protect faith-based beliefs.”

Upon vetoing the religious liberty bill, Governor Deal stated, “Our people work side by side without regard to the color of our skin, or the religion we adhere to. … I intend to do my part to keep it that way.”

Following the veto, thanks poured in from business leaders.

Atlanta-based Brent Leary, industry analyst and partner at CRM Essentials, told us in an interview that the governor’s veto was “the right thing to do, from both from a business perspective and a human rights perspective.”

Leary went on to add,  “A bill like this would do serious harm to Georgia’s economy, as we depend substantially on tourism and convention business. And companies were lining up against this bill. Marc Benioff, CEO of Salesforce.com was leading the charge, but when the NFL says this kind of bill would impact Atlanta’s chances to land the Super Bowl, I don’t think the Governor had any choice but to veto.”