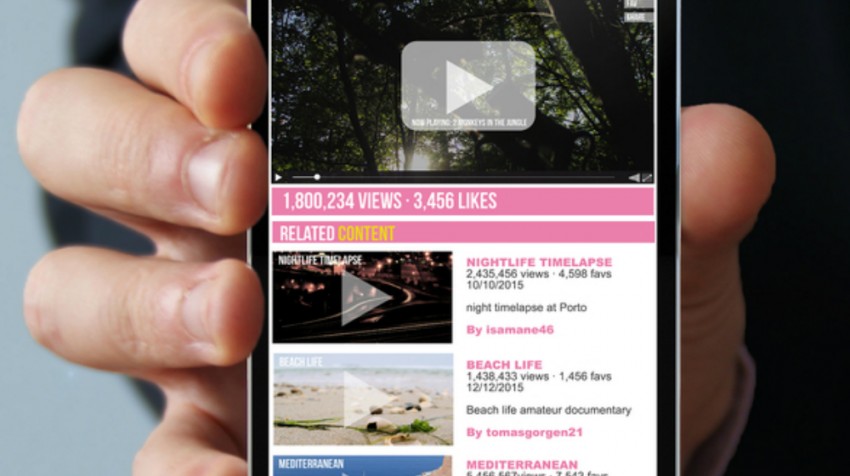 Video-to-video communications is about to become as ubiquitous as voice in the very near future. This is possible without any difficulty using fixed Internet access, but there are still some hurdles to overcome with wireless broadband. When 4G LTE and 5G networks are fully deployed however, video will be as standard as voice on mobile.

The development in the network infrastructure has now allowed developers to create applications that give users easy access to video, and there is no shortage of services, with video social networks also making this form of communication a priority.

As a matter of fact, Facebook’s head of ad product Ted Zagat said about video: “A year or two from now, we think Facebook will be mostly video,” during a panel at Variety’s Entertainment and Technology Summit in Los Angeles. And this sentiment is shared across the board by all other social networks, as well as small businesses and large enterprises.

The Growth of Video Social Networks

According to Cisco’s Visual Networking Index (PDF), by 2019, the global consumer Internet video traffic will account for 80 percent of all consumer Internet traffic, and this doesn’t even include video exchanged through peer-to-peer (P2P).

This data is backed by the increasing number of views video social networks are experiencing.  During the 2015 Q3 call, Facebook founder and CEO Mark Zuckerberg announced the social network is generating 8 billion video views daily, and while Snapchat has 15 times fewer users, it generates almost as many video views at 7+ billion.

When you add YouTube to the mix, which doesn’t provide up to date stats, the adoption and popularity of video is undeniable.

The combination of social media and video is giving companies more access to their customers, and new players have entered the marketplace focused primarily on mobile. The video streaming used by Periscope, Facebook Live and Blab is nothing new. Twitch, Ustream and others have been streaming live content for more than a decade. But the mobile first approach is providing more access because of the flexibility it provides in capturing and streaming live events as they happen no matter where they are taking place.

Periscope is a live video streaming platform owned by Twitter, which lets users capture and broadcast live events. And because it is part of Twitter, the content is easily integrated into the social network platform so it can be broadcast quickly to hundreds or even millions of followers.

Periscope allows mobile users to shoot content with their device so it can be watched on smartphones, tablets and PCs with the app or on Twitter’s site. When you are ready to broadcast, you can choose your audience and promote it so they will know when it is going to take place.

Users will receive notifications, letting them know there is a live broadcast taking place, or they can be invited to participate. If they want to comment, Periscope allows participants to make remarks while the live stream is taking place.

When the broadcast is finished, it can be shared through Twitter by copying the broadcast’s link and sending it via email or another social media outlet.

The one drawback with Periscope is, the video is only available for 24 hours, a time limit most users would like to extend, especially small businesses interested in sharing the video with their customers beyond one day.

Periscope is backed by Twitter, so its longevity is almost guaranteed as long as the company is able to capitalize on it. So far, Twitter is fully committed.

The growing popularity of Periscope, was in part responsible for the launch of Facebook Live, which was initially available only to a select few. Even though the company has increased the number of users, it is still not available to everyone. The platform uses the iPhone to broadcast live video streams and allow users to view it live or at a future date.

To start broadcasting, open your Facebook profile and tap to update your status then click the Live icon. You then write a title for the video, which will go to the news feed and notification. After that, you choose the audience for your live video — this can be public or handpicked friends — and then just tap Go Live.

The video feed can be of yourself or an event you want to broadcast. Your viewers can comment in real-time and you can invite them to subscribe to your page. When the broadcast is finished, it is saved just like any other video on Facebook, becoming part of your timeline.

This is a great format for small businesses to introduce their products and services using video. It is a personal way of sharing your expertise and getting to know your customers. What is more, it is absolutely free.

It goes without saying, Facebook has deep pockets, and the company is genuinely committed to video being the next wave of communication. Facebook Live will continue to grow with better tools and integration as part of the largest social media site in the world.

Blab is one of the newest streaming platforms. It has been designed to encourage the creation of communities by allowing up to four people to participate in a video chat at the same time. Where Blab excels compared to other live streaming apps is, its ability to allow full interaction between all the participants.

The process is quite simple. You login with your Twitter account and start a new Blab by giving it a title along with three tags that identify your subject matter. After that, you can schedule it for a future date or go live right away.

When you begin the chat, you can record it, and once it is over you have several options as to what to do with it. After the chat is finished, you can save it in mp3 or mp4, then upload the audio portion to a podcast, and the video on YouTube.

Blab has taken a different approach to the social live streaming video offerings currently out in the market place. It is not a one-to-many solution. It is more personal, which could prove to be more useful for small businesses as well as individuals.

Blab is still in beta, but it has differentiated itself in this growing segment. It looks like a great alternative for individuals and businesses that want to chat and hold meetings quickly and effectively.

There is another company worth mentioning, Meerkat, which announced plans to stop its livestreaming service recently. In a memo to investors, company’s CEO, Ben Rubin explained, “Mobile broadcast video hasn’t quite exploded as quickly as we’d hoped. The distribution advantages of Twitter/Periscope and Facebook Live drew more early users to them away from us and we were not able to grow as quickly alongside as we had planned.”

Every innovation brings with it great opportunities and challenges. Video social networks are proving to be a great opportunity for the likes of Facebook and Twitter, because of their long term outlook and financial strength. Meerkat on the other hand has found it challenging, changing its format and looking for an alternative. But Blab, which is a new startup, looks like it will survive by carving up a niche no one seems to be addressing.

There is no doubt video is the future, the question is, which company will be able to create a solution consumers and businesses will be able to use equally so they can communicate with each other seamlessly?

Michael Guta is the Assistant Editor at Small Business Trends and currently manages its East African editorial team. Michael brings with him many years of content experience in the digital ecosystem covering a wide range of industries. He holds a B.S. in Information Communication Technology, with an emphasis in Technology Management.
17 Reactions
Subscribe
Follow @smallbiztrends
RSS LinkedIn Pinterest iTunes