What is a GIF? 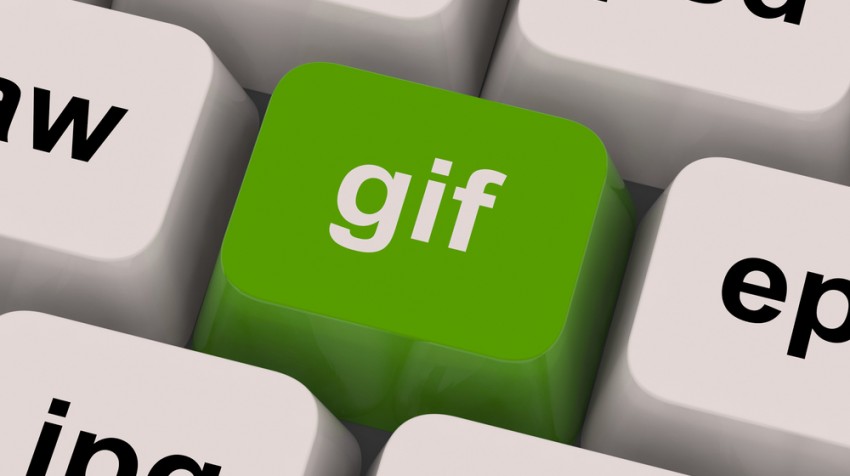 Ah, the GIF. We’ve all seen them. They populate the Internet on blogs and social media and are part of what makes news and entertainment sites like Buzzfeed very popular.

When a GIF is used with the right content, it can go viral, which is why it has become a powerful marketing tool. Whether you are using it on Twitter, your blog, website or other social media channel, you can now create one easily. There are plenty of free and premium online tools which let you create GIF files quickly, but before you get started, what is a GIF file?

What is a GIF File?

A GIF (with the file extension, .gif) is basically an image file format that is animated by combining several other images or frames into a single file. This single file is encoded as graphics interchange format (better known as GIF). Unlike the JPEG image format (.jpg), GIFs typically use a compression algorithm referred to as LZW encoding that does not degrade the image quality and allows for easy storing of the file in bytes.

The multiple images within a single GIF file are displayed in succession to create an animated clip or a short movie. By default, animated GIFs display the sequence of images only once, stopping when the last image or frame is displayed, although it can also loop endlessly or stop after a few sequences.

And when GIF was in its infancy, this is basically what we did with it. Enter dancing baby …

But social sites like Tumblr and GIF creation tools like Giphy gained in popularity more recently and a GIF can be an effective and low-impact replacement for a video and, essentially, valuable as a business tool.

What Does a GIF Do?

GIFs are often used for bite-sized entertainment and as statements, replies or comments in online conversations. They are also commonly used online to convey reactions, illustrate or explain concepts or products in a fun, creative and succinct way, and also to make GIF art.

Take, for example, this visually striking form of GIF art by Graphics artist Kevin Burg and photographer Jamie Beck, depicting a scene at a New York Fashion Week. In an interview with Time magazine, Beck likened it to freezing time and letting a single moment live, breathe.

Not surprisingly, the popularity of GIFs now defines the Internet’s lexicon, legitimized by Oxford Dictionary naming it the Word of the Year in 2012. And GIF art, itself, is legitimized by contemporary art galleries and institutions like the Museum of the Moving Image in New York City that showcase the best GIF art pieces by talented young graphics artists.

Abigail Posner, Head of Strategic Planning and Agency Development at Google, writing in Fast Company says animated GIFs and other such visual media like memes “reconnect us to an essential part of ourselves.”

Who Developed and Invented the GIF?

The GIF graphics file format was created by Steve Wilhite in 1987 at CompuServe. In the years since, a debate has been raging as to the correct way to pronounce “GIF”: Is it pronounced “jif” as in the peanut butter, or “gif” with a hard ‘G’ as in “gift?”

Most people pronounce it “gif” with a hard ‘G’, but Wilhite, who was honored with a Webby Lifetime Achievement award in 2013 for inventing the GIF format, insists it is pronounced as “jif.”

“The Oxford English Dictionary accepts both pronunciations,” Mr. Wilhite said. “They are wrong. It is a soft ‘G,’ pronounced ‘jif.’ End of story.”

If you want more proof, watch Wilhite’s acceptance at the Webby awards below.

Business Uses and Applications for a GIF?

GIF has become the calling card of modern Internet culture. Businesses — large and small — have embraced the file format and use it to liven up their messages online. Many savvy businesses, for example, edit, rearrange or combine one or more video sources to create an absurd juxtaposition designed deliberately to emphasize a minor detail or fire off a quick market commentary.

Aside from using GIFs as a medium for humorous effect and to show a fun, likable company culture, many brands and creative agencies commonly create GIFs that have commercial messages and seamless advertisements, such as banners and leaderboards. A seamless product 360-rotation demo can also be a highly effective animation. It helps illustrate the product design and generate interest.

Moreover, GIF file format is supported by nearly all Web browsers and Apple’s iOS also supports GIF  but not its rival Flash. So GIF has become popular with brands marketing on social media, news media and the mobile Web. A looping GIF perfectly embedded into an article and published at just the right places can deliver your message powerfully.

See Also: It's GIF's Party, Cry If You Want To: Iconic File Turns 30

Several image editing programs like Adobe Photoshop, GIMP and Microsoft GIF Animator can be used to create simple animated GIFs that spread short company videos or messages across the Web.