Think Outside the Box but Stay Inside the Lines 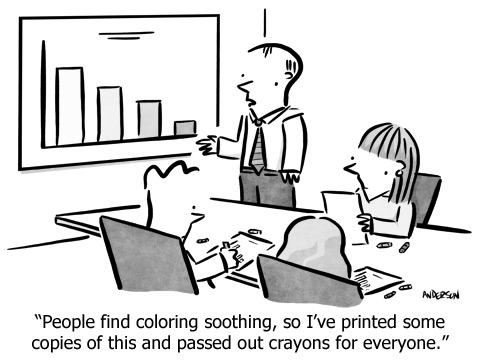 Sometimes it takes a bit for a trend to appear in a cartoon. You see it going on all around you and you think “huh, that’s odd,” but it doesn’t cross the border into the cartoons side of the brain.
That’s what happened here. I think the coloring book craze had been going on for more than a year before I realized, “Hey, there’s a cartoon there!”
Better late than never though …
Comment ▼
Editor's Picks
Mark Anderson