7 Things About the Microsoft Envision Conference 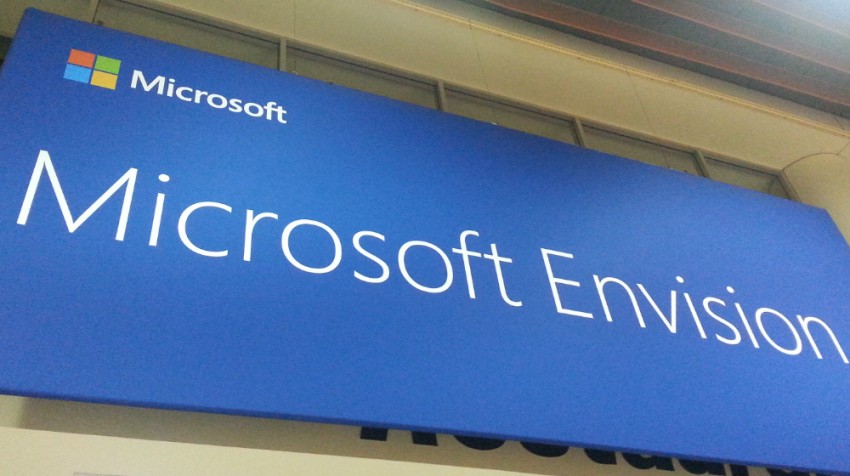 Microsoft’s major business-focused event for the year, Microsoft Envision, is taking place this week in New Orleans.  This was the first year for the event with Microsoft Envision 2016 held at the city’s Ernest N. Morial Convention Center. Keynote speakers on the first day included Satya Nadella, CEO of Microsoft, and Dan Schulman, the CEO of PayPal. Here are seven high points from the first day of the conference.

Nadella Gives a Glimpse of What is Possible with Technology

Nadella, in his opening Microsoft Envision keynote said “The very nature of work is changing.”  He spoke about Microsoft reinventing productivity and business process through the Windows 10 platform and other products.  “With all of the abundance of technology,  what is still scarce is human attention and time. Our goal in reinventing business process and productivity is to help you reclaim that time to grow your focus on things that matter the most to you and your organization.” 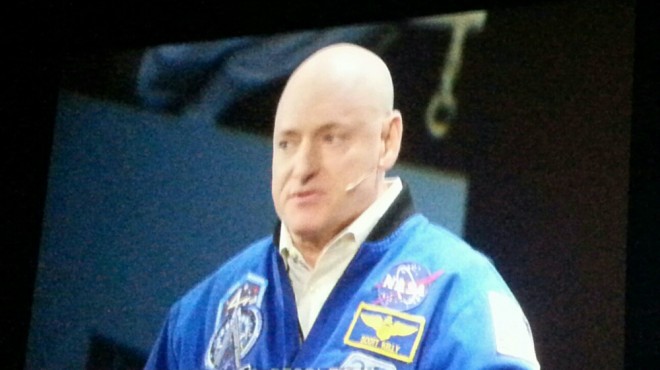 Nadella shared the stage with others during his keynote, including Microsoft employees and Astronaut Scott Kelly (pictured above) who spent nearly one year on the International Space Station. When asked what business people could learn about technology from his experience in space, Kelly said that, as he left the International Space Station for the last time, he was “absolutely inspired by what we are capable of achieving if we dream it — and that we have to put the resources behind it.”

Nadella and Lilian Rincon of the Skype team previewed enhancements to Skype that one attendee, Rieva Lesonsky, called “mind blowing.” The enhancements will include making Cortana, Microsoft’s digital assistant, persistent within Skype. If you need to look something up, such as check your calendar, you will be able to click on the Cortana icon and ask Cortana to check your schedule without leaving Skype. Along with the integration with Cortana, Skype will also be able to interact with “bots” or automated artificial intelligence agents from other organizations. One example of bots included a hotel bot that helped with booking a room — all from within Skype.

Nadella called this shift in how we will interact with technology “conversations as a platform.” According to the Skype team, the Cortana enhancements will be rolled out in the near future although no date was given. Bots, the team said, are something that can be created today by visiting the Skype Developer platform. What does this mean for small business people who use Skype?  According to Lesonsky, “It’s like having a secretary or personal assistant — for free.”

The Microsoft Hololens is Real 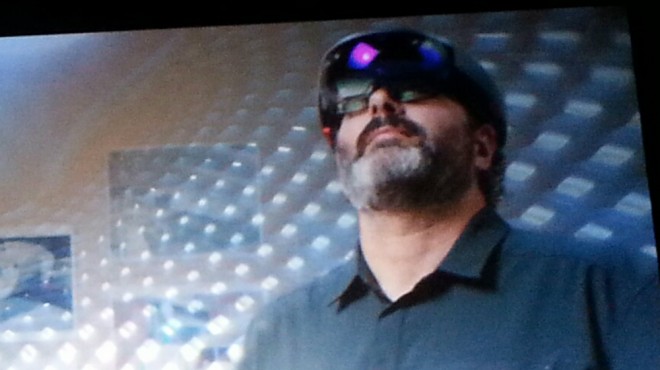 Have you ever wanted to wave your hand and have a drawing appear in front of you as a hologram, or have a computer screen pop up in the air in front of you? Enter Microsoft’s augmented reality headset, called the Hololens.

Microsoft calls it “the first fully untethered, holographic computer, enabling you to interact with high definition holograms in your world.”  Developer devices are shipping now, although it’s likely to be a while before most small businesses are able to deploy the Hololens for their own uses.

There’s More to PayPal Than … PayPal

PayPal is used by 180 million people worldwide. It’s also used by 14 million merchants, according to Schulman, the CEO of PayPal since the company’s split from eBay back in 2014. Schulman gave a fireside chat format interview with Peggy Johnson, EVP of Business Development at Microsoft.

But PayPal has two other brands. The company bought Xoom about a year ago. Xoom is an international money transfer service.

PayPal is also behind Venmo, the digital wallet service with a social element to it. Venmo, which is popular with millennials and younger generations, is used four to five times per week on average by customers because of the social element and the ability to split the cost of payments for things like meals and entertainment. Whereas, PayPal is used on average by customers just a little over two times per month. Schulman foresees that Venmo and PayPal will be a seamless experience in the future.

Over 100,000 Attended Via Livestreaming 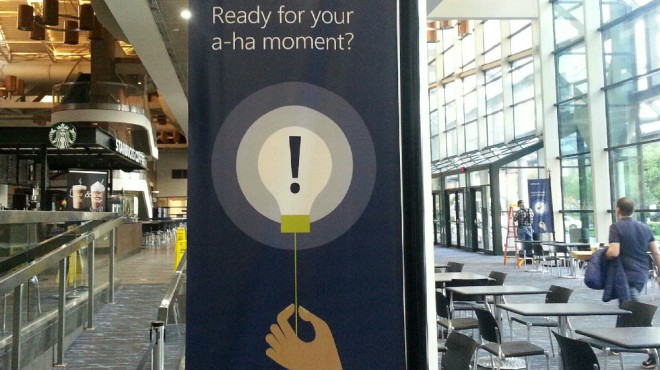 The Microsoft Envision event attracted nearly 6,000 attendees in person. But that doesn’t tell the whole story. At one point during the morning’s opening keynotes, another 100,000 were tuning in online via livestreaming, according to Chris Capossela, EVP and Chief Marketing Officer of Microsoft. One out of four attendees were from small and medium sized organizations, he added.

The live keynotes at the Microsoft Envision event were accompanied by text captioning at the bottom of the screens. Not only was this valuable for the hearing impaired but it helped emphasize points to hear them and also see the words appear at the bottom of the large stage screens. More conferences should do this.