California Minimum Wage Poised to Rise to $15 an Hour 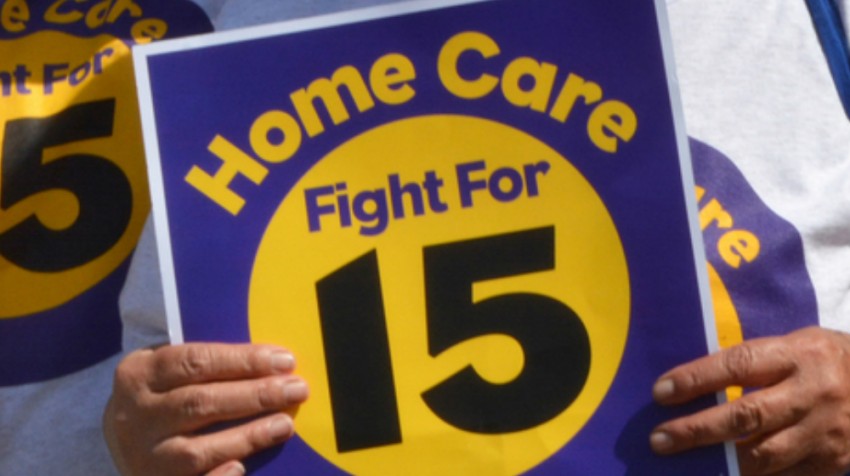 Labor costs just shot way up in the states of California and New York. California Governor Jerry Brown signed legislation Monday that will raise the minimum wage in the state to $15 an hour.

Similar legislation was signed in New York the same day.

California legislators and labor unions negotiated a few weeks ago to broker an agreement which allowed the legislation to move forward.

California already had one of the highest minimum wages in the country at $10 per hour, along with Massachusetts. Only Washington, D.C., at $10.50 an hour is currently higher.

Legislators did not confirm the specifics of the agreement, but leaders have said the minimum wage would increase gradually, reaching $15 by 2022.

After 2022 wages would rise with inflation and the governor would have the option to delay increases in tough economic times.

In states that are pushing for minimum wage increases, proposals have often called for the wage to increase by about a dollar per year until it reaches $15 an hour. Following this trend, the minimum wage deal in California would have the raise jump to $10.50 an hour in 2017, to $11 an hour in 2018, and one dollar per year to take it to $15 by 2022, according to a report by The Los Angeles Times.

Businesses with fewer than 25 employees would have an extra year to comply.

Minimum Wage on the National Scene

An attempt to raise the federal minimum wage from $7.25 to $10.10 in 2014 failed in the Senate. But both Democratic presidential candidates Hillary Clinton and Sen. Bernie Sanders of Vermont  have expressed their support for California’s decision. Sanders has specifically called for a $15-per hour national standard.

Brian Hibbs, owns Comix Experience, a small graphic novel and comic book store in California and is worried that, regardless of its intentions, the new law will end up hurting small businesses like his.

Hibbs says his payroll will increase $40,000 by 2018 just to cover his six employees.  He’s taking measures to try to raise revenue before then to cover that cost, including kicking off a new graphic novel membership club. But if it doesn’t catch on, Hibbs believes he may have to close his doors.

“I don’t think this was thought through,” Hibbs told the Associated Press. “The cost of labor is so high. It’s very, very difficult to run a profitable business at this point.”