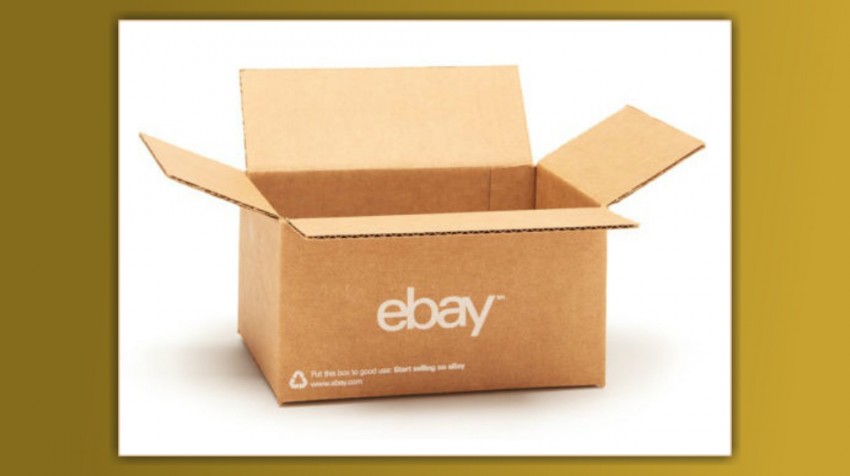 In addition, those who sell cookies and other baked goods in certain states could soon get some welcome news in the form of an updated law allowing the sale of home baked goods. Read on for more headlines in this week’s Small Business Trends news and information roundup.

eBay has introduced a new way to get its name in the public eye with its eBay branded boxes but it may not be a profitable option for a lot of small business sellers. The online auction and ecommerce site just launched its eBay Shipping Supplies Store. From this store, eBay sellers can purchase shipping boxes and other supplies emblazoned with the familiar eBay logo.

If you’re a resident of New Jersey or Wisconsin, you can’t legally sell cookies and similar baked goods made in a home kitchen. But there are efforts underway in both states to reverse the ban on home baked cookie sales.

What Does Equal Pay Day Mean to Your Business?

Pay equity — the gap between men and women’s compensation — has been a hot topic in the news this year. According to the Institute for Women’s Policy Research, in 2014, female full-time workers made an average of 79 cents for every dollar earned by men — a wage gap of 21 percent.

The freelance workforce is growing by leaps and bounds. According to a study conducted by the Freelancers Union and Upwork, more than 53 million Americans — 34 percent of the U.S. workforce — currently work as freelancers. Furthermore, the study revealed that 83 percent of companies plan to increase their use of flexible workforces over the next three years.

More than 100 of the globe’s top business executives have called on North Carolina lawmakers to repeal “deeply discriminatory” legislature they say will be bad for business.

In recent years, crowdsourcing has become a popular method of outsourcing everything from simple logo and Web design to advanced engineering for NASA. The technique is seen as controversial by some in the small business community.

Thinking of incorporating a cute four-legged creature into your company’s next marketing campaign? If you’re doing this on the web, you may naturally think that cats would be the way to go. After all, there are some pretty famous online cats and cat memes.  Grumpy Cat, LolCats,  Lil BUB to name a few.

So whatcha gonna do, when they come for you? Because bots are coming and will continue to come, as they account for almost half of Internet traffic, coming in at 46 percent, with the remaining 54 percent made up of real live humans. Until very recently, bots made up the majority of Internet traffic, and it was only in 2015 when human traffic overtook bots.

Nimble is a relationship management solution that brings together all of your contacts, calendar, communications and collaborations in a single platform. With collaboration now an integral part of the way we work, the company has just made available a limited version of its new Group Message feature before the final release.

You’ve probably used the Internet to book flights and arrange hotel accommodations. But now there is a service that lets you chat with a human who can take care of all that stuff for you. Minqi Jiang and Peter Zakin, former Google employees, launched “Hyper” which caters to online travelers via chat.

Will Robots Be Cleaning Our Offices in The Future?

A robot revolution has been the stuff of movie and literary fiction for a long time. Often times, depictions of that revolution are gory and end when the last humans are whipped out by the machine. In reality, the robot revolution is turning out to be a lot friendlier and pretty helpful, too.

With all of the options for electronic communications, the idea of sending handwritten cards can seem a little old-school. But that doesn’t mean that there aren’t situations where that personal touch would be welcome.  That’s why Punkpost aims to sort of mix the old school idea of handwritten cards with newer technology like mobile apps.

If there is one word that is dominating today’s workforce, it’s collaboration. The convergence of several technologies is making it possible for everyone, within and outside of the organization, to come together seamlessly across devices and platforms in disparate geographical locations to address any issue instantly. As a collaboration tool, Hiver addresses one channel: email.

What is Edgar and How do I Use it For Social Media Management?

One of the most frustrating aspects of any social media update is how quickly they get buried under new social media updates. Add the fact that your followers, fans and connections check their social media accounts irregularly and it’s actually amazing that your updates are seen by anyone at all: Meet the “disappearing updates” dilemma.

Whoopi Goldberg, award-winning comedian, actress and co-host of The View, announced in an interview with “Vanity Fair” magazine that she is starting her own medical marijuana company for women suffering from menstrual cramps.

Everyone dreads the start of tax season. It doesn’t matter what industry you’re working in or how much money you’ve been making – filing your taxes can be a daunting process. That being said, the process is substantially less painful when you’re able to tally up a few big deductions.

The New HTC 10 Looks For Perfection

The unveiling of the new HTC 10 phone earlier this week looks to give the company a boost in the highly competitive mobile segment dominated by Samsung and Apple. Under the slogan of the “Power of 10,” the company seems to be saying this is the perfect phone.

Girl Scouts in Baton Rouge, New Orleans, and other areas across the country have identified a new way to boost sales of their beloved cookies by embracing the Sage mobile app and card swiper. As you probably already know, Girl Scouts of the USA (GSUSA) have been an integral part of American culture for over a hundred years.