Is the Flyboard Air Real or Just A High Flying Stunt? 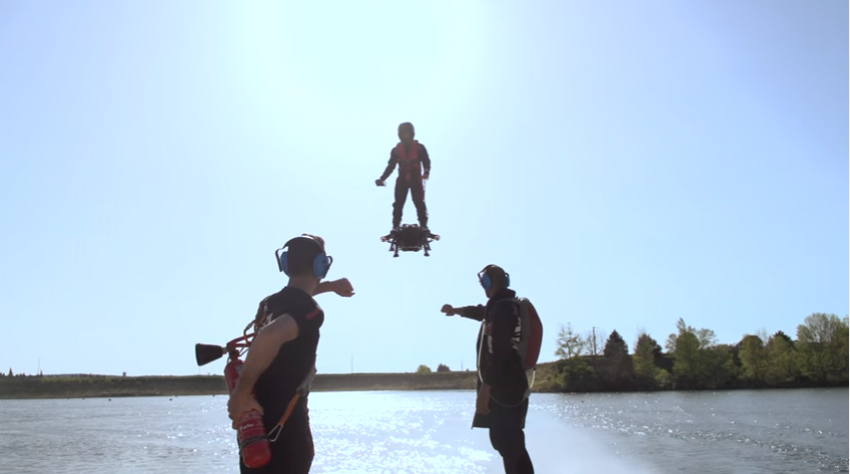 A new product has been sweeping the web since early April – and most aren’t even sure if it’s 100% legit.

Zapata Racing, a French company, announced on April 8 that it has “achieved the dream of all men” in creating an alien-like hover board, which they have dubbed the ZR Flyboard Air. The hover board claims to be the result of four years of hard work and planning.

The video begins with a man suited up, speaking confidently to the camera, before he dramatically lowers his visor and takes off on the small platform. At the end of the video, it’s claimed that the board reached 55 km/h and flew for nearly four minutes.

Since this initial video, the Internet has been abuzz with excitement. 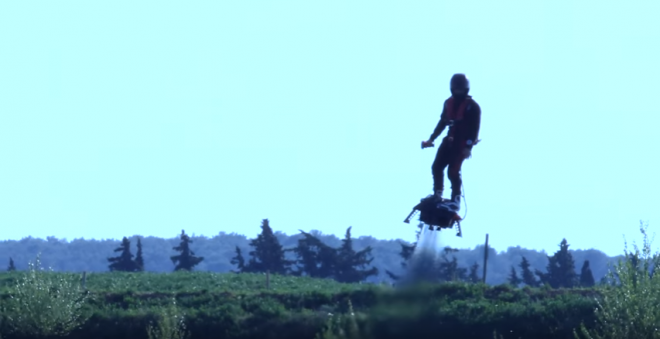 Unlike the hover board that got the Internet talking back in October (the Hendo), which used magnets to ‘float’ above specially coated floors, this model allows complete freedom of movement. It even boasts on the product page that the Flyboard Air will have a top speed of nearly 93 mph and elevate riders up to 10,000 ft.

If this is true, that means this personal hover board will move faster than even the fastest unmanned drones, which top out around 80 mph for comparable-sized machines. A lack of detail on the design, control, and a questionably edited promo video, have started to raise some red flags, however. 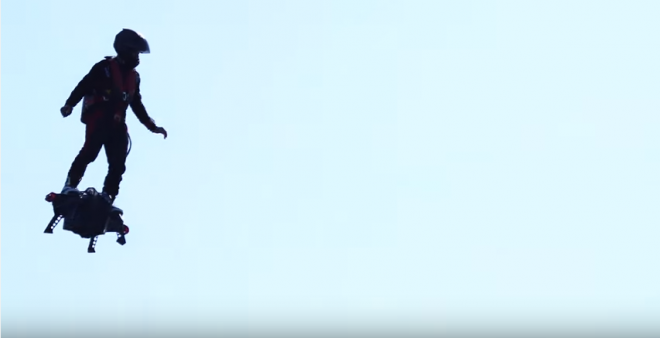 The company’s site currently doesn’t have a purchase or preorder option for the hover board, and the sudden appearance and big talk has some people appropriately skeptical. For the time being, the claim is that they are “pending government approval” before going forward with mass distribution. There’s also an offer to explore their other ‘jetpack’ options made for flying over water.

These suspect viral videos are peppered with plenty of theories regarding the validity of this hover board, making it clear that whether they think it’s true or a hoax – the Flyboard Air has people talking.

For many people, the idea of flying around like the Green Goblin is tempting enough to hold onto hope.

With the public hungry for the promises of the future we’ve come to expect from Hollywood, hover boards are something guaranteed to catch the eye of a large online audience. However, this also makes them ripe for the exploitation of clever marketing campaigns. Much like Tony Hawks role in promoting the Hendo last year, this could just be a clever and complex promotional stunt.

Real or not, the Flyboard Air certainly has peoples attention.