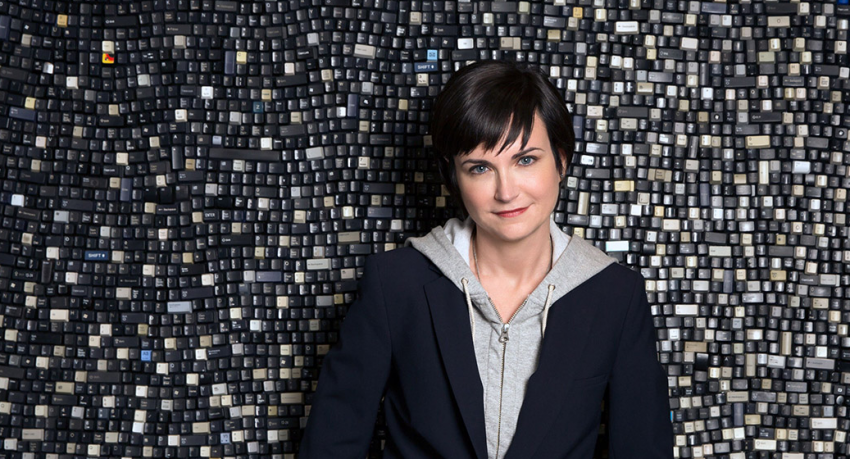 GoDaddy announced in an SEC filing that Elissa Murphy (pictured), its chief technology officer and executive vice president in charge of  the GoDaddy cloud platform has resigned. Her resignation is effective May 17, 2016.  Resignations of senior officers such as Murphy have to be disclosed with the SEC.

In a statement to Fortune, GoDaddy CEO Blake Irving said Murphy would be going to Google.

Irving did not say what Murphy would be doing at Google. However, Google has been expanding its own cloud services platform. Google recently nabbed Spotify as a customer, from Amazon’s AWS cloud platform.

The resignation comes just about a month after the launch of the GoDaddy cloud initiative.  In March, GoDaddy announced its cloud app development platform and a cloud server offering.

“We created the Cloud Server and Cloud Application products with the needs of small business Web developers in mind,” said Jeff King, senior vice president and general manager of Hosting and Security at GoDaddy, in a telephone interview with Small Business Trends. “Through our partnership with Bitnami, which has a catalog of more than 120 open-source apps that can be deployed in the cloud turn-key, often with just a single click, we make it easy for developers to get a development environment up and running quickly, saving them both time and money.”

In a separate interview King told TechCrunch that the GoDaddy cloud platform fills a niche for small businesses that other cloud platforms such as Amazon AWS do not currently fill.

GoDaddy’s intent is to go beyond meeting the website hosting and Web presence needs of small businesses.  GoDaddy wants to help small businesses when it comes to developing and hosting cloud applications.

Amazon AWS, Google and Microsoft all have invested heavily in their cloud platforms, but tend to focus on enterprises or the larger end of small businesses. GoDaddy, on the other hand, deals with very small businesses. Most of GoDaddy’s customers have fewer than 10 employees. King said in our interview last month that the GoDaddy cloud offerings start at $5 per month. He added that most small businesses would not exceed a price of $20 per month for the cloud offerings.

It’s unlikely one executive leaving will derail the GoDaddy cloud initiative — even a key executive like Murphy. Initiatives are rarely the product of a single person in a large company like GoDaddy.

Still the timing seems to come at an inopportune time for GoDaddy. It could slow the initiative down as positions are juggled around. Irving said that GoDaddy’s chief information and infrastructure officer Arne Josefsberg will assume Murphy’s role.