Small Business Has No Confidence in Presidential Candidates 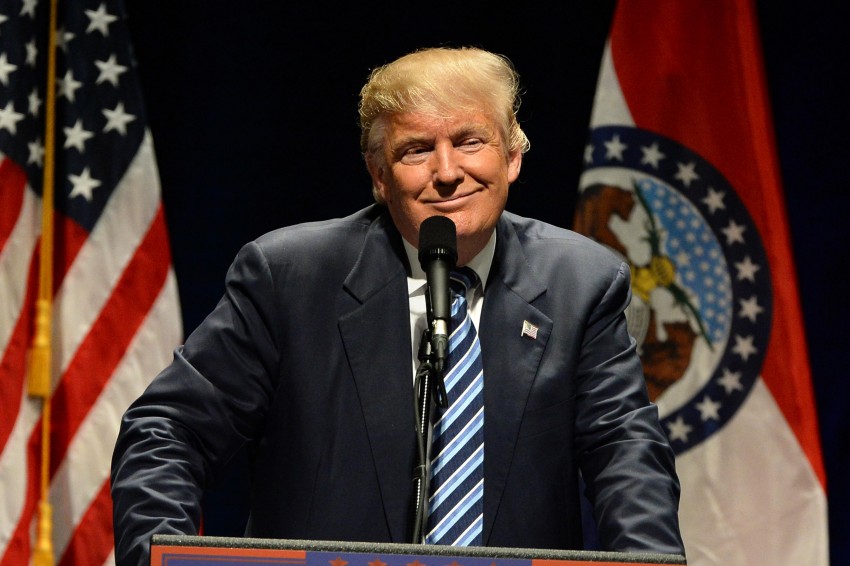 More than a third of small business owners do not have confidence in any of this year’s presidential hopefuls, according to a new OnDeck survey.

With the field of candidates ebbing away on all sides of the political spectrum, 34 percent of small business owners now say they are unhappy with all of the remaining contenders, Republicans and Democrats. The figure represents a stark rise from last fall, when just 25 percent of those surveyed said they disliked all of the 2016 candidates.

Just over a third of respondents said they wanted to see the federal government cut taxes in order to bolster small business in the short term. Around 19 percent of those surveyed added they were looking for a reduction in healthcare costs. And 13 percent demanded the government provide better investment in infrastructure and scrap further minimum wage hikes.

According to James Hobson, Chief Operating Officer at OnDeck, remaining presidential contenders “would be wise” to address these issues as soon as possible.

Small business owners have historically proven to be a powerful voting bloc. A whopping 95 percent are registered voters, and 90 percent of those surveyed by OnDeck said they had voted in the last presidential election. Of that group, 30 percent had made a donation to a Democrat or Republican candidate in the run up to the 2012 presidential election.

A quarter of small business owners admit to having already made a political donation during the current primary season.

When asked to select the remaining presidential candidate who would best represent the interests of small business, 37 percent chose Donald Trump. Vermont Senator Bernie Sanders came in second with 28 percent, while Democratic front-runner Hillary Clinton finished in third with 16 percent.

As the business community continues to lose faith in current presidential hopefuls, small business owners are increasingly expressing nostalgia for leaders of the past. Over 40 percent of those surveyed said Ronald Reagan had been the biggest friend to small business ever to grace the Oval Office. Bill Clinton came in next at 17 percent, followed by President Barack Obama at 14 percent.

See an infographic with the full study results below: 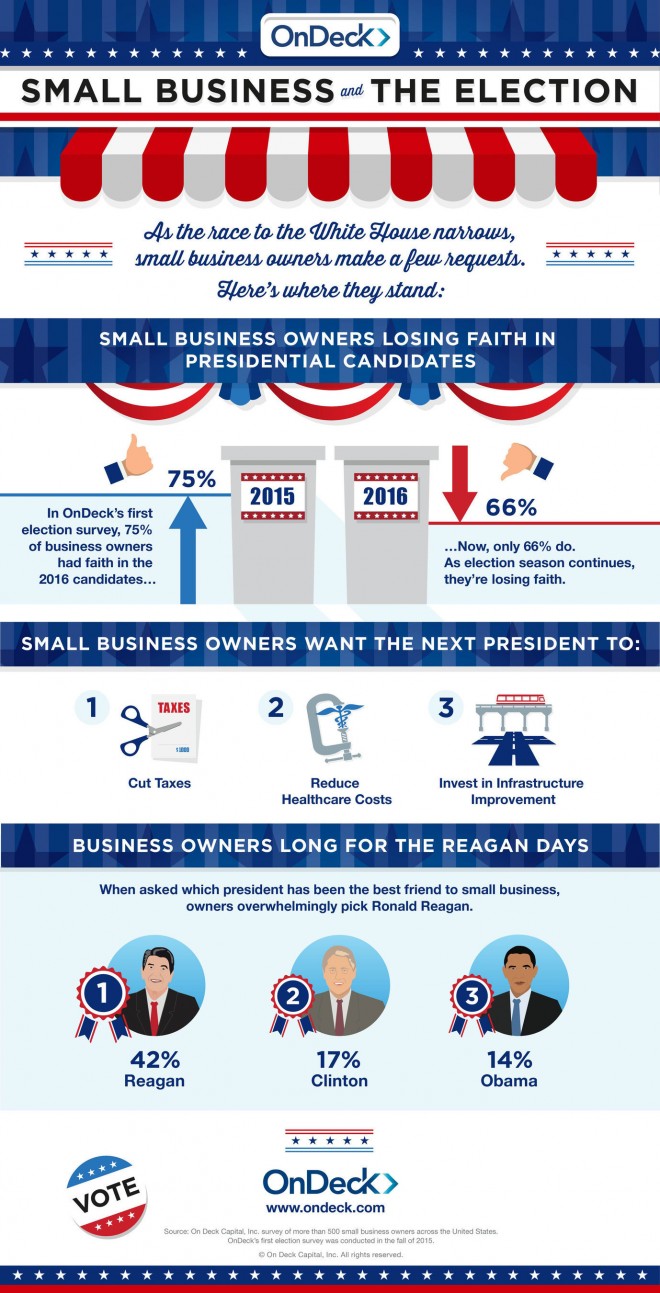