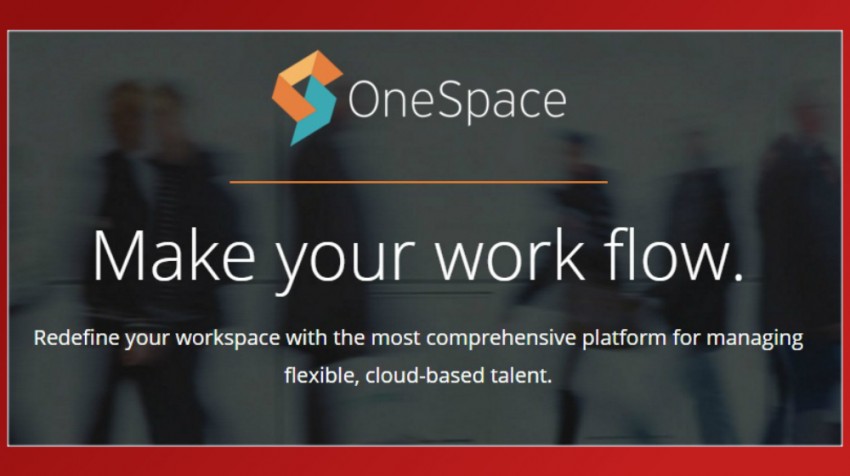 The freelance workforce is growing by leaps and bounds. According to a study conducted by the Freelancers Union and Upwork, more than 53 million Americans — 34 percent of the U.S. workforce — currently work as freelancers.

Furthermore, the study revealed that 83 percent of companies plan to increase their use of flexible workforces over the next three years.

Stephanie Leffler, founder and CEO of OneSpace, a virtual workforce platform that brings enterprises and freelancers together, told Small Business Trends in a telephone interview that the shift toward this virtual workforce is being driven by two trends: new technologies that make it easier for large enterprises to find and deploy flexible talent coupled with an increasing number of professionals preferring the flexibility of a freelance lifestyle.

“Technology has made it easier for companies to connect with external experts,” Leffler said. “Just a few years ago great freelance talent was out there but was not so readily available. Now, a big box retailer in need of content marketing, for example, can go to a site like OneSpace and quickly find skilled workers.”

To capture a greater share of the freelance economy market, Leffler’s company just completed a $9 million Series B funding round, which, according to Leffler, will fuel OneSpace’s growth and go-to-market strategy for a new SaaS product offering, a self-service version of the platform.

“Since 2012, our team’s mission has been to create a best-in-class platform for accessing and managing cloud-based talent,” Leffler said in a prepared statement announcing the funding. “We have proven our technology, and we’re now ready to put the power of our platform in the hands of enterprises, which are, by far, the largest buyers of flexible talent.”

While OneSpace does not offer a version of its platform suitable for use by small businesses at present, freelancers should seriously consider taking advantage of what it provides as a place to connect with large companies seeking outsourced talent.

To date, the company, which has a talent network of more than 500,000 freelancers, has facilitated over 120 million assignments for clients such as eBay, Facebook, Hallmark, Orbitz, Overstock, Sears and Staples.

One thing that sets OneSpace apart from competitors such as UpWork and Freelancer.com is in the way the platform works.

“These other sites are marketplaces — middlemen that allow freelancers to connect to a prospective client and bid on the job,” Leffler said. “Freelancers who sign up to become a member of the contributing workforce at OneSpace are required to take a few tests to profile their skill set. Only when they pass those tests will they see work that is available on the platform.”

Jobs can range from simple tasks, such as determining if one image is better than another in a given news story, to more complex assignments, such as authoring highly technical articles.

“Freelancers essentially shop for work,” Leffler said. “They see how many jobs are available, how much they pay and the time limit required to complete them. They can claim any open assignment, and as long as they complete it according to the instructions, work is accepted and the freelancers get paid via Paypal very quickly.

“As a freelancer, you decide what you want to work on. It’s first come, first serve. Freelancers who have the proper qualifications grab an assignment and execute on it.”

According to Leffler, the launch of the SaaS platform means that, for freelancers, the volume of work will only increase.

“Today, the platform is only used by large companies,” Leffler said. “Going forward, the SaaS version will make it accessible to more companies, which means more people will be posting work, making more jobs available.”

OneSpace’s approach also differs in another respect, Leffler said. Rather than companies hiring individuals for one-off projects, the focus is on building external teams that integrate with internal teams elastically.

“The advent of the on-demand economy is forcing big companies to move faster and deliver quickly for their customers,” Leffler said. “The key to accomplishing that goal is to have an elastic workforce made up of both internal and external teams. Instead of hiring full-time employees, the ‘need for speed’ has forced companies to add freelancers to the labor mix to make things happen at an accelerated pace.”

There is no cost to freelancers to use OneSpace. Visit the site to learn more and to sign up.