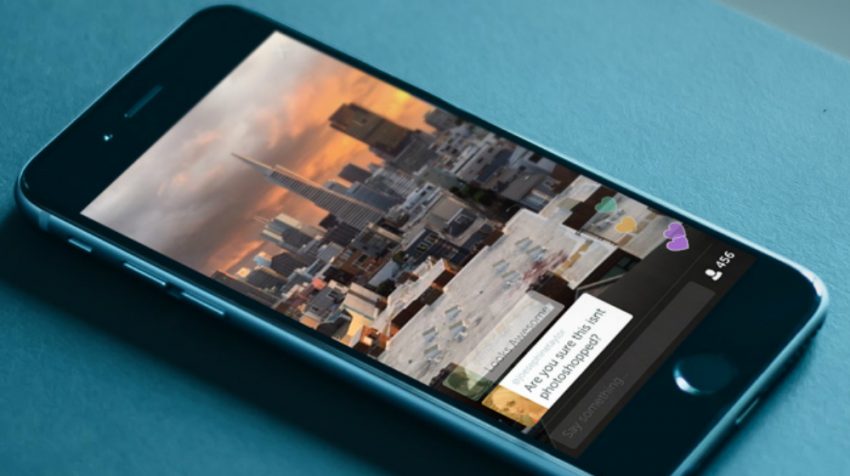 Fans of livestreaming have received some welcome news. Not only has Periscope started testing a new doodle feature, but a new platform is beginning to gain traction as well, giving live streamers even more options.

Read on for more small business headlines like these in our weekly Small Business Trends news and information roundup.

Launch Your Own Movie Channel With Unreel.me Video Streaming

YouTube’s got some new competition. Social video streaming company Unreel Entertainment has launched a new platform called Unreel.me, which provides all the tools businesses may need to instantly launch their unique, rich online video hubs. Not only that, they can monetize the content they create.

Ace Those Summer Hires with Best Practices from ADP

Summer is just around the corner. And for many businesses, that means there’s an opportunity to hire seasonal help. Division Vice President and General Manager of HR Solutions for ADP, Aldor Delp, has some insights to share with small businesses about making the most of your summer hires. Below are some top tips for summer hire best practices.

My Experience With Transgender Bathroom Issues In the Workplace

What I am about to tell you is a true story of my experience as a business leader dealing with a transgender bathroom issue in the workplace.  It’s a challenging issue but one that, in many small business situations, can have a practical solution. Nothing in what I’m about to tell you involves breaking any confidences.  This was all public knowledge in our company.

Your Employees are Stressed Out About Their Financial Futures, Study Says

If you maintain a high balance for your personal banking, there’s a new program from Santander that might be of interest. The Santander Select program aims to provide a more personalized experience for clients with high balances.

Bank of America has announced its first-quarter results and the outcome is not very positive. The multinational banking corporation has reported a 13 percent decline in first-quarter profit. On a positive note though loan growth and expense cuts have prompted investors to be hopeful about the future.

As the battle continues between National Labor Relations Board (NLRB) and the International Franchise Association (IFA) — a battle that started in August last year — Virginia is still struggling to push back a major NLRB ruling that redefined how the relationship between a corporation and its franchisees is viewed.

When one company acquires or merges with another, one of the goals is to improve its current product line while seamlessly integrating the solutions from the new organization. In the case of AdSupply, which is acquiring Adaptive Medias, the fit seems to be perfect.

Anchor Audio App Lets You Broadcast to Your Followers Via iPhone

Launched back in February 2016, the Anchor audio app introduced an exciting new medium to the world of social media – your own voice. That’s right. Using the Anchor audio app, you can record a short segment and then share it with the world. The world can then talk back, using recordings called replies.

Google has always been known to safeguard its applications to thwart anyone from using them for fraudulent activities. Recent developments in this regard have had Google defending its ad systems to prevent something known as clickjacking. What is Clickjacking? Clickjacking has emerged as a recent threat to cost-per-click display ads.

After Google’s phenomenal success in connecting home services owners to local residents in the San Francisco Bay Area last year, it has now taken a new step in this direction to include Electricians and HVAC Services in its Google Home Service Ads Program.

Millennials Want To Visit Your Store, Not Just Your Website

For retailers, PWC’s Total Retail 2016 study (PDF) has a wealth of useful information about shopper behavior. But one statistic stood out for me because it’s so surprising: Millennial customers actually shop at physical stores more — not less — than other generations. Of course, that’s not to say that Millennials don’t shop online.

Shopify has just recently announced that it is all set to acquire Kit CRM, a virtual marketing assistant that leverages messaging to help businesses market their online stores. The acquisition of Kit CRM will will add yet another feather in the crown of conversational commerce.

There’s no shortage of social media platforms for people to choose from these days. So it can be difficult to get one to stand out from the rest. That’s why PeeqSee focuses on creating an experience that’s truly interactive. Read more about the app in this week’s Small Business Spotlight. What PeeqSee Does Provides a social media app and site with interactive content.

Constant Contact recently announced the newest class of startups participating in its prestigious Small Business Innovation Program, an accelerator that supports entrepreneurs as they refine and grow their early-stage companies, and develop and solve issues for small business owners and nonprofits.

The online content discovery platform Outbrain has launched Outbrain for Chat, a new service that will help online publishers to launch content bots or applications across leading Messaging platforms. You may not have heard of Outbrain yet, but you most likely have come across some of their work online.

As much as we all love the digital world we currently live in, the issue of security is an annoyance we could all do without. One of the latest security risks was announced by the Department of Homeland Security’s United States Computer Emergency Readiness Team (CERT) with an alert urging customers to uninstall QuickTime from Windows.

Ever since BlackBerry joined forces with Google on the company’s latest phone — Priv by BlackBerry —  life has become considerably easier. That’s especially true for small business owners who use BlackBerry’s apps available on the Play Store to manage their businesses.

Is the Flyboard Air Real or Just A High Flying Stunt?

A new product has been sweeping the web since early April – and most aren’t even sure if it’s 100% legit. Zapata Racing, a French company, announced on April 8 that it has “achieved the dream of all men” in creating an alien-like hover board, which they have dubbed the ZR Flyboard Air. The hover board claims to be the result of four years of hard work and planning.