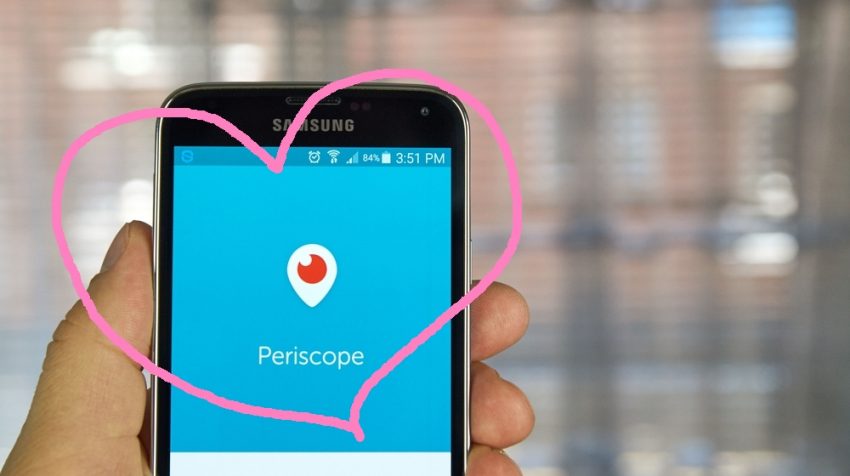 The Periscope Sketching feature, which is expected to go live shortly, will allow users to choose from several color options, and will also have an eyedropper tool that will copy a specific color from the video being streamed. The sketches that users make on their streaming videos will only last for a few seconds, preventing clutter on the screen.

As for its benefits, Periscope Sketching will allow users to point out specific parts of the video to those watching the live stream. Although it’s uncertain at this stage if the feature will emerge for everyone in Periscope. Right now, it’s a beta feature only. However, it’d definitely be a fun addition.

Periscope was started in February 2014 by Beykpour and Bernstein under the name Bounty. They raised $1.5 million from Founder Collective, Scott Belsky, Maveron, Google Ventures, Menlo Ventures, Bessemer, Stanford – StartX and Sam Shank in April 2014. Later, in Jan 2015, it was acquired by Twitter before it even went public.

Periscope was launched on March 26, 2015. And on May 26, 2015, Periscope was released for Android. By August 2015, Periscope announced that it had surpassed 10 million accounts. The amount of video being watched had reached a level of 40 years per day. On December 9, 2015, Apple named Periscope as the iPhone App of the Year.

Periscope users have the option to tweet out a link to their Live Stream. They can also choose whether or not to make their video public or viewable only to a select audience. Periscope also allows viewers to send “hearts” to the broadcaster by tapping on the mobile screen as a form of appreciation.

Live-streaming became the rage in 2015 after apps like Periscope, Meerkat and Snapchat exploded in popularity. Facebook had begun trying to catch up with them in 2016 by adding a dedicated live tab to its mobile app.

Lisa is a Staff Writer for Small Business Trends focusing on marketing technology, productivity and general small business news. She has a background in business and productivity consulting including experience in human resources working for a major retailer before deciding to build her own business.
2 Reactions
Leave a Reply Cancel reply
Subscribe
Follow @smallbiztrends
RSS LinkedIn Pinterest iTunes

Which Business Structure Should You Choose? Picking a business structure is a big legal decision for a new business owner. Yet it is essential to protecting your personal assets. In this webinar, Nellie Akalp of CorpNet.com shares insights to help guide you to the best decision.  Register today!
Get Featured
Popular
View All