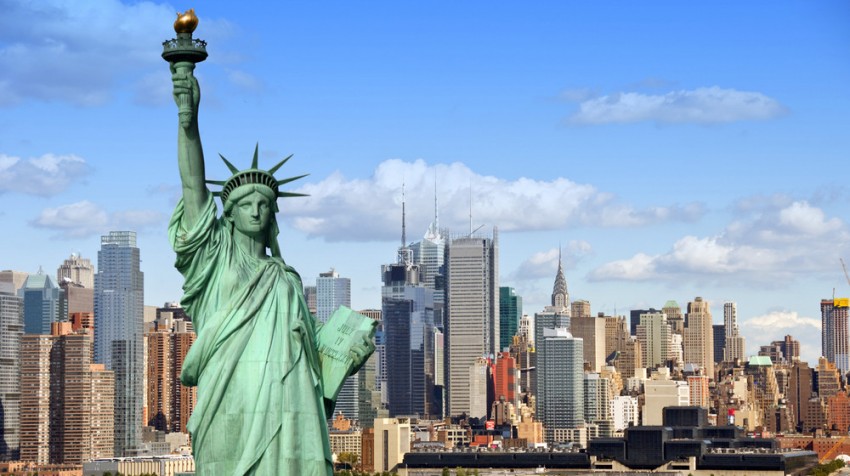 Spending at small businesses is much higher in some metropolitan areas than others, according to data from the newly formed J.P. Morgan Chase Institute, a think tank created to provide insight on the economy using the bank’s proprietary information. The relative balance between central cities and suburbs may be the reason.

In a recently released report, analysts at the Institute examined 12.4 billion anonymized credit and debit purchases by 48 million credit card customers in 15 metropolitan areas between October 2012 and July 2015. One question they examined was the fraction of short-term spending — defined as spending not on durable goods — undertaken at small businesses and big companies across different metropolitan areas.

While the study focused on only 15 metropolitan areas that do not truly represent the totality of U.S. metropolitan areas, limiting our ability to draw any firm conclusions for all 381 metropolitan statistical areas (MSAs) in the United States, the analysis is nonetheless intriguing. As the table below shows, the fraction of spending at small and medium sized companies varies considerably across MSAs. 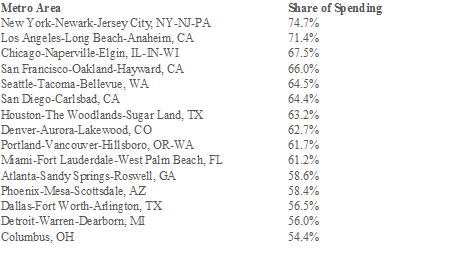 The fraction of spending at small businesses is 20 percentage points higher in the New York City metropolitan area than in the Columbus, Ohio, metro area.

Researchers at the J.P. Morgan Chase Institute offer an interesting hypothesis: metro areas in which the central city is relatively large in comparison to the suburbs tend to have more spending at smaller businesses. This may be because the larger central business districts provide more challenges for bigger companies.

The data provide indirect evidence for this hypothesis. For all 15 MSAs, the central cities have more spending at smaller enterprises than the surrounding areas.

As someone who grew up in New York City, and who currently lives in the Cleveland, Ohio suburbs, this argument also makes intuitive sense. City centers tend to be denser, with older buildings and a lack of parking that makes operating outlets from big national chains more difficult.

This intriguing tidbit appears to be just the tip of the iceberg when it comes to new research that will emerge from the J.P. Morgan Chase Institute. I look forward to other insights about small business that come from their examination of credit and debit card data.