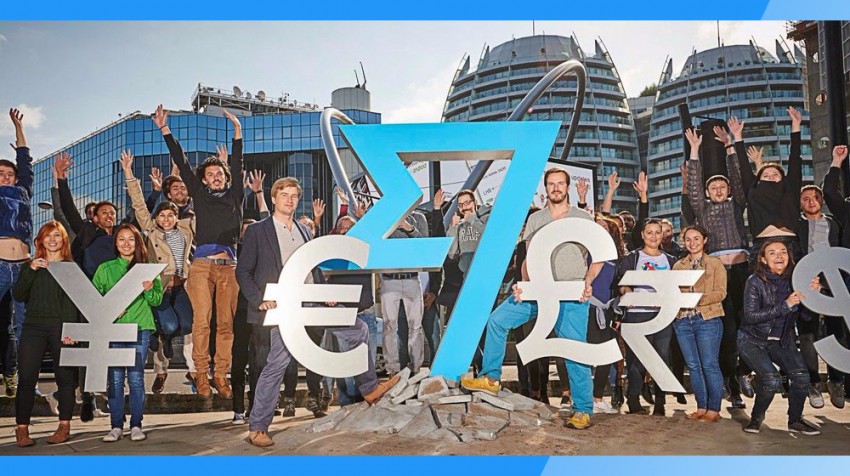 TransferWise is an international money transfer platform that makes it up to 10 times cheaper to send money abroad compared to using a bank. Developed by two former Skype employees, TransferWise uses peer-to-peer technology to get rid of all the charges banks and brokers have kept hidden for decades and gives users access to the real mid-market exchange rate.

“International money transfers are far more expensive than banks let on,” said Joe Cross, U.S. general manager for TransferWise in a telephone interview with Small Business Trends. “Even when they claim there are no fees, they typically use an inflated exchange rate to increase their profits. People lose as much as five percent when they send money across borders. We have a way of moving money for much less.”

This chart shows the difference between the two rates: 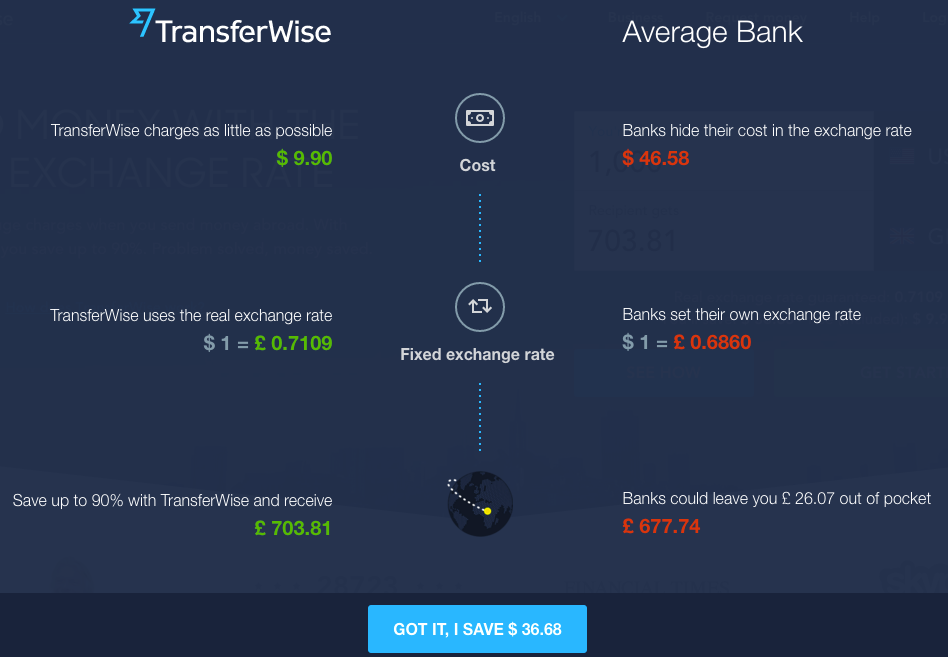 Unlike banks and brokers, TransferWise is always transparent about its pricing, Cross said. “We charge one percent for transactions below $5,000 and 0.7 percent for amounts over that — up to 10 times less expensive than banks on average.”

Why TransferWise Was Founded

The idea for the company, which started in 2011, resulted from the frustration its two founders — Taavet Hinrikus and Kristo Käärmann — experienced when making bank transfers between the British pound and the euro.

As the story goes, Hinrikus worked for Skype in Estonia, and was paid in euros, but lived in London. Käärmann worked in London but had a mortgage in euros back in Estonia. So the two devised a simple scheme.

Each month they checked that day’s mid-market rate on Reuters to find a fair exchange rate. Käärmann put pounds into Hinrikus’s U.K. bank account, and Hinrikus topped up Käärmann’s euro account with euros. Both got the currency they needed and neither paid a cent in hidden bank charges.

“We came up with this idea to save ourselves money, and we’ve continued to grow and expand our platform because we believe that people who live, work, study, or do business abroad shouldn’t be ripped off when they transfer their money,” Hinrikus wrote in a blog post on the TransferWise site.

“There’s only one real exchange rate, and that’s the mid-market rate, which is tweaked and bumped up by banks and brokers to suit their purposes. Until now, consumers had very little say in the matter, as the real exchange rate was never available. But thanks to companies like us, all that is changing.”

According to Cross, the company’s revolutionary method of money transfer was inspired by Hinrikus’s time working at Skype.

“Hinrikus’s experience at Skype influenced the TransferWise approach and philosophy,” Cross said. “Calling across borders was far too expensive, and Skype’s model disrupted the industry, bringing the price down until it was incredibly cheap. The founders took that same philosophy and applied it to international money transfer.”

Since its founding, the company has attracted upwards of $91 million from some of the world’s leading investors, including Andreessen Horowitz, Sir Richard Branson and Peter Thiel, founder of PayPal.

This new approach to funds transfer has proven to be a boon for small companies doing business internationally, saving millions in fees they would otherwise incur from banks.

One of the company’s small business customers, Cat MacLeod, owner of Leod Escapes, an international motorcycle touring company headquartered in San Francisco, Calif., said in a telephone interview with Small Business Trends that he uses TransferWise to process transactions in foreign currencies all the time, in currencies ranging from Australian dollars to British pounds to euros.

When asked what he likes about TransferWise, MacLeod said, “I enjoy the fact that I can get a reasonable exchange rate. With big banks, wire transfers are exceedingly expensive, there’s lots of paperwork and banks can delay transfers for an unpredictable amount of time.

“TransferWise is different. It sets up an exchange at a market rate that’s much more affordable than what banks charge. The company is also more consistent regarding transfer time — three or four days on average.”

When asked why he doesn’t just use PayPal to manage transactions, MacLeod said that it costs more than TransferWise, although not as much as a bank. But he was quick to point out, “International funds transfer is not PayPal’s strong suit.”

To the user, the process for moving money is relatively straightforward.

Once you create an account, which is free to do, you determine how much you would like to send and choose the currencies involved in the exchange. You can send to your account abroad or another person or business.

See Also: What Business Users MUST Know About the New Skype

After that, you add the recipient’s bank details, confirm the transfer details and upload the funds in your local currency using a debit card, PayPal, or via an ACH bank transfer or domestic wire transfer from your U.S. bank to TransferWise’s U.S. bank. The system then manages the transaction on your behalf. But it’s TransferWise’s peer-to-peer funds matching algorithm that enables you to save so much money.

Cross explained it this way:

“The solution is local bank transfers. For example, if you want to send U.S. dollars from your American bank account to a British pounds account in the U.K., you can use your TransferWise profile to do the following:

“We will then convert it at the real exchange rate and pay out the resulting amount as a cheap, local transfer from our U.K. bank to the recipient’s U.K. account. We have a bank or partner through which we can make local transfers to every currency we support.

“To balance the process, it is constantly working in reverse. Money that is paid in from many of the currencies you send to is converted to U.S. dollars and paid out to bank accounts within the United States.

“Let’s say, for example, that you upload $1,000 to TransferWise in U.S. dollars to send to someone in the U.K. The platform converts that money into pounds using the real exchange rate minus our fee. But we don’t actually move that money. We take the funds from customers in the U.K., who are uploading pounds and send them to the recipient. The original dollars stay within the U.S.

“Think of it this way. There are two pots of money, one in the starting currency and one in the finishing currency. You put money into one pot and TransferWise takes money out of the other to pay the recipient. Because the money doesn’t cross borders, no banks are involved, which is how we keep down the cost.”

The company’s financial transactions are governed the same way as any other financial institution within the U.K., by the U.K. Financial Conduct Authority (FCA) under the Electronic Money Regulations 2011 (Firm Reference 900507) for the issuing of electronic money.

As to security, the company has a specialized team that continually reviews processes to ensure it is fortified against the latest safety threats. All transactions are protected by industry standard 256-bit RSA encryption.

Put succinctly, TransferWise  is attempting to disrupt international money transfers the same way Skype did international phpne calls with an emphasis on savings and security small businesses may appreciate.