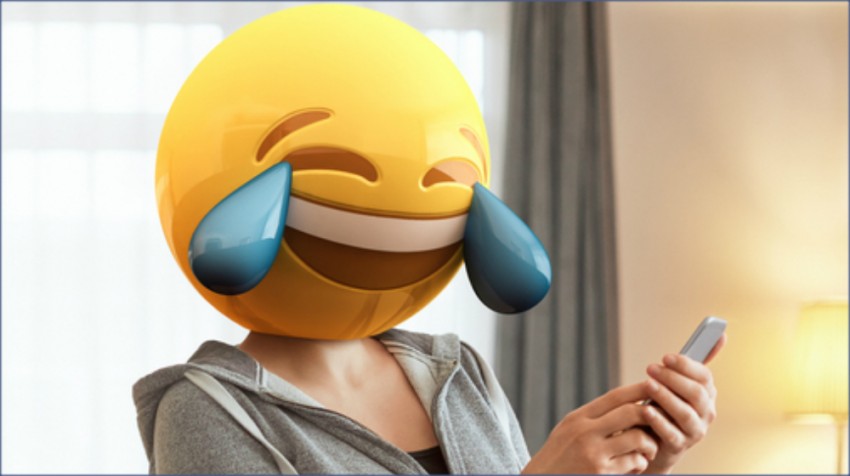 Social media has completely changed the way businesses communicate with customers. Instead of the same dry, text-filled marketing messages, businesses are finding new and interesting ways to get their messages across. One such technique is the use of Twitter emojis.

In fact, Twitter recently released some ideas for ways brands can work emojis into their Tweets. Here are some ways you can use emojis to enhance your Twitter marketing.

Happy New Year to our fans around the world! ? pic.twitter.com/ScioSr0I2X

One of the great things about social media is that it lets brands connect with customers on a more personal level. So you don’t need to be super professional and mundane in every Tweet. In fact, showing off your personality, or the personality that you want to portray for your brand, can be a real asset on social media. And emojis can be a really great tool for showing off that personality.

In the example from Toca Boca above, the addition of the little party emoji at the end of the Tweet adds a bit of personality that sets this message apart from all those other plain “Happy New Year” Tweets that brands put out. It’s a small thing. But it fits with the company’s branding and gives it just enough of an extra boost to set it apart from the competition.

Give Followers a Glimpse of Your Offerings

You have a limited amount of characters to work with on Twitter. So you probably don’t have enough room to show customers all of what they might see if they clicked on your website or did business with you. But certain emojis can say a lot without taking up a lot of those precious Tweet characters. So you can use them to give customers a sort of sneak preview of your offerings.

In the example above, travel company Locatour is promoting a blog post that includes some ideas for things to do in the Aquitaine region of France. The emojis in the Tweet offer a little preview of the suggestions contained in the post. This gives followers an idea of what they’re going to see if they click, but not enough to keep them from reading the post.

Emphasize a Call to Action

Calls to action are important parts of most business communication plans. And the same goes for Tweets. If you want people to click a link in your Tweet, visit your site, make a purchase, or take any other kind of action, you can use emojis for emphasis.

The example above shows home décor company One Kings Lane emphasizing a link in a really simple way. The company uses a finger pointing emoji to point straight at the link. This offers a very direct though at the same time playful and whimsical call to action telling customers exactly what to do next. Yet it only takes up one character.

It’s important to say “thank you” to customers or followers when they say nice things about your brand or share your content on Twitter. But just saying “thank you” can be repetitive and boring. Emojis allow you to switch up your appreciation messages from time to time. You can use hearts, faces or any number of other combinations to let people know you appreciate them.

In the Tweet shown above, beauty brand Drybar uses a simple yellow heart to send a message of appreciation to a customer who spread the word about the business on Twitter. The yellow color of the emoji even matches the color scheme in the company’s other branding materials. And there are plenty of different colors for other brands to choose from as well.

Add Some Fun to Your Message

Don’t hide ? from your clutter! Say hello ? to getting your finances #organized: https://t.co/GuI3OZNV8Q pic.twitter.com/gfZsOBryM1

With all the different emoji characters available, you can even use some of them as part of your Tweet’s message. This can help you save characters but also add just a bit of fun for those followers who might just scroll past all those boring, text-filled Tweets.

For example, the Tweet above from money management app Mint uses emojis to emphasize the words “hide” and “hello.” The company could have gotten that message across without the emojis. But having little pictures in your Tweets can be fun and eye catching, setting your message apart. And that’s the whole point of marketing anyway.

To use emojis in any of the ways above, you’ll first need to know how to add them to your Tweets. If you’re Tweeting from an iPhone, you just need to add the emoji keyboard. To do this, open any app that uses the standard keyboard (Twitter, perhaps?) and click the small button at the bottom left that looks like a sphere. This should give you options for new keyboards to add. Once you select emoji, there should be a smiley face icon at the bottom of your keyboard that you can use to add emoji the same as you would text.

For Android phones, the process can differ based on the type of device. But some do allow you to add on emoji within the Android Keyboard settings.

On a Mac computer, you’ll need to make sure that you have the latest OSX installed. Then you’ll have access to the emoji keyboard. On Twitter, just hit command-control-space to bring up the keyword so you can use it in Tweets.

And on a PC, you can search for the Chromoji plugin on Google Chrome to get access to an emoji keyboard for use in your Tweets.

There are also some hashtags that have emojis appear automatically with them. For example, hashtags surrounding the Super Bowl, TV shows or major news items have had related or custom emojis attached. Right now, you can see a tiny bracket emoji show up after Tweets that include the #MarchMadness hashtag, for example.

Some brands have even paid for custom emojis to appear after specific hashtags. That is reportedly an expensive endeavor, so not one that’s realistic for most small businesses. Still, if there’s a hashtag with an emoji that could be relevant to your business, you could still use it within your Tweets to grab followers’ attention.