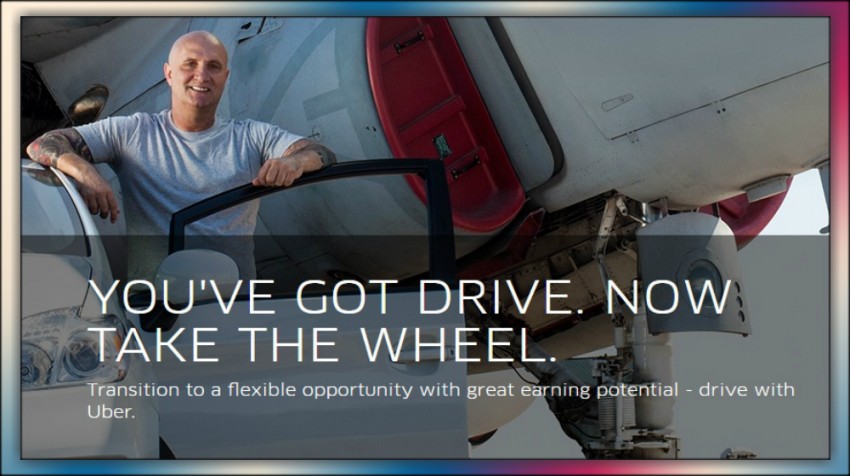 The multi-national online transportation network company Uber has set a goal to help military vets and spouses generate half a billion in income by 2020 by creating UberMILITARY.

Back in September 2014, Uber announced an ambitious plan of bringing on board 50,000 members of the military community to the Uber platform over the next 18 months. Now, Fox News has confirmed that Uber has met its goal and is now embarking on a new one — generating half a billion in income for the veterans by 2020.

“I’m proud to be a part of this unprecedented effort by a single company to ensure that tens of thousands of our nation’s military members, veterans and spouses have access to a unique entrepreneurial opportunity.” said former Secretary of Defense and now a volunteer Chairman of the UberMILITARY Advisory Board Dr. Robert Gates on an official company release. “UberMILITARY is committed to providing our service men and women with the economic opportunity, flexibility and entrepreneurship that are the foundation of the Uber platform.”

Needless to say, the program offers lots of benefits to veterans and one of them, for instance, is the ability for veterans without cars to get brand new cars at subsidized prices from auto manufacturers such as GM, Toyota and Ford. Veterans also get access to exclusive financing options from approved Uber lenders.

The Uber Military program has in a big way empowered many veterans to be entrepreneurs and small business owners, and among some of the most cited advantages by the veteran drivers’ is that joining the program provides them with a steady and growing income as well as flexible working hours.

Those seeking to join the program can sign up here.