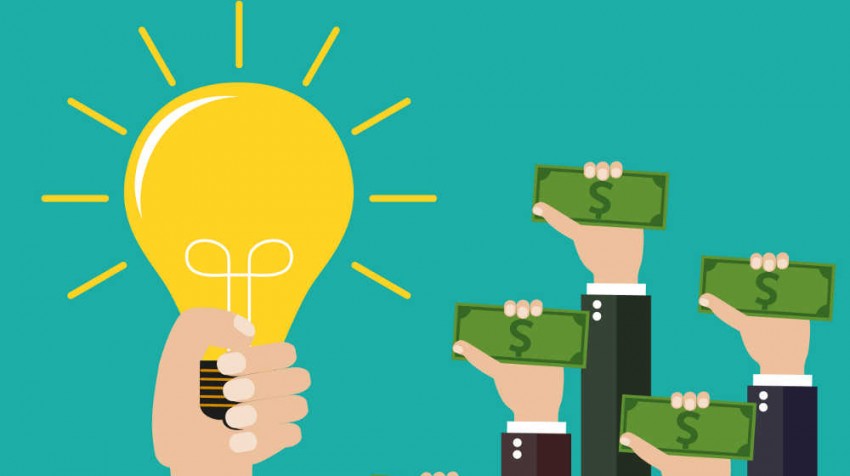 Following my recent article titled, “The Venture Capital Industry is Still Rightsizing,” this week let’s turn to venture capital trends and commitments and the number of companies financed.

Figure 1 shows venture capital commitments — the amount of money that the industry has invested in startup companies measured in inflation-adjusted dollars — from 1980 to 2014. The dotted line in the figure is the five-year moving average. 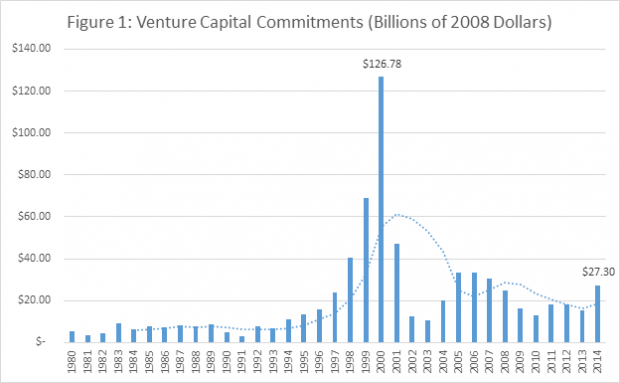 Since the venture capital bubble burst in 2001, the trend in venture capital commitments has been largely downward, with a slight rise in the pre-financial crisis period. The most recent year data are available, 2014, shows an uptick, reversing the downward trend in the moving average.

Overall, the pattern for venture capital commitments is consistent with the story of continued rightsizing in the industry that I described in my earlier post. While not nearly as consistent as the patterns for capital under management, the number of VC funds and average fund size, inflation-adjusted venture capital commitments in the wake of the Internet 1.0 bubble have trended back towards their levels in the 1990s. 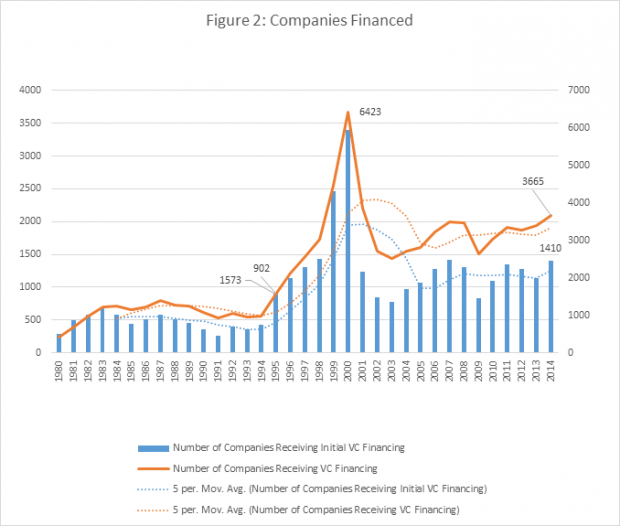 As you can see from the chart, the number of companies backed by venture capitalists was relatively stable through the 1980s and early 1990s. Then in the second half of the 1990s, it accelerated dramatically, peaking with the Internet 1.0 bubble in 2000.

But unlike the patterns for venture capital commitments or the other measures that I described in my previous article, the post-2000 venture capital trend for the number of companies receiving venture capital backing seems to have flattened out at a higher level than in the 1990s.