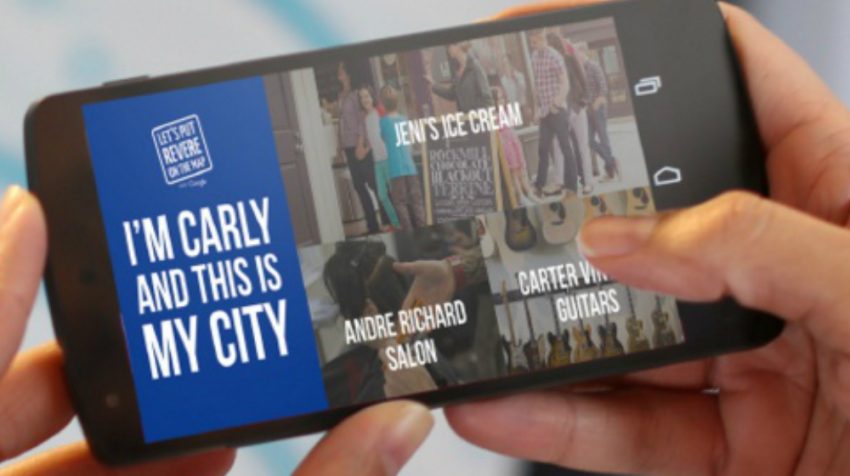 Whether you run a retail business in your local community or online, you can benefit from the use of certain online tools. For instance, Google is offering free workshops for local businesses to show they how to benefit from Google’s online business tools. And eBay and BigCommerce just announced a joint sales platform to increase reach for ecommerce businesses.

Free Google workshops will be offered across the United States during the first week of May in an ambitious effort to help small businesses improve their online presence. Why?  Because only 37 percent of small businesses claim or update their local listings on search engines — and Google wants to change that.

Bigcommerce, an Australian-based ecommerce startup that provides storefront software to help you get your products online and start selling, has announced it is entering into partnership with eBay to provide a scalable solution for efficiently managing of inventory and orders on both marketplaces.

10 New Leadership Books Guaranteed to Change the Way You Lead

In this election year, leadership is a big conversation. What does it take to be a good leader?  How is leadership changing in a world where we are both leaders and followers?  This list of new leadership books is dedicated to exploring all the different facets of being a leader, from governing a board to having fun and even presenting your ideas to a broader audience.

Small Business Has No Confidence in Presidential Candidates

More than a third of small business owners do not have confidence in any of this year’s presidential hopefuls, according to a new OnDeck survey. With the field of candidates ebbing away on all sides of the political spectrum, 34 percent of small business owners now say they are unhappy with all of the remaining contenders, Republicans and Democrats.

Think most of the growing small businesses are in the country’s biggest cities? Not when it comes to hiring new staff. If you want to find the cities with the most active and strong small business hiring per capita, look near but not in the nation’s biggest cities. In other words, look to the suburbs.  Or look to smaller cities.

Great innovations don’t always come from big business. A new zero-emission solar-powered streetlight called the “Monopole,” which turns sunlight into streetlight, eliminating electricity costs and feeding energy back into the grid, has been launched by Scotia, a small firm founded in 2009, in Copenhagen, Denmark.

Franchise ownership can really simplify the process of starting a business for people who simply want to work for themselves. And these businesses often perform essential services for people. Take Window Genie of the East Bay, for instance. The owner wanted to be his own boss, and now provides a variety of window washing services to the people in his community.

Since it was launched in 2014, Square Capital has served as a cash advance program for eligible businesses. Initially, merchants were  invited to participate based on the volume of volume of payments they processed through Square and their “history” with the company. Two years later, Square Capital is undergoing a metamorphosis. Not  only is the program expanding.

How to Implement Millennial Marketing with Snapchat

If you’re not using Snapchat for marketing, you could really be missing out, especially if your target audience includes millennials. The platform has been steadily gaining traction with younger consumers. And since a lot of brands are still hesitant or unsure of how to use it, Snapchat offers you the opportunity to really stand out with a millennial audience.

It takes a strong mental foundation to allow others to see your unfinished entrepreneurial story. Many business owners limit what they share publicly in order to craft what they think is a perfect image. At a weekly event called “Fashion Speak Fridays,” Small Business Trends spoke with Alissa Chapman, a live streaming personality building an audience by letting others see her journey unfold.

There’s a new niche industry that’s experiencing massive growth in several states. And it’s primarily made up of small, independent businesses. The marijuana edibles industry consists of a growing number of small businesses that make a variety of different food items and edibles with a twist.

The multi-national online transportation network company Uber has set a goal to help military vets and spouses generate half a billion in income by 2020 by creating UberMILITARY. Back in September 2014, Uber announced an ambitious plan of bringing on board 50,000 members of the military community to the Uber platform over the next 18 months.

More Small Businesses Are Cashing Out And Getting Record Sales Price, Report Finds

An increased number of small business owners are cashing out and getting record sales prices on their exit plans, according to BizBuySell.com’s latest quarterly Insight Report. The BizBuySell Insight Report is a nationally-recognized economic indicator that tracks the health of the U.S. small business economy.

Video surveillance is one of the most effective ways for businesses to keep an eye on their assets. Just having a camera installed discourages criminals and even employees from carrying out illegal activities, while providing irrefutable evidence if a crime does take place.

Fans of Virtual Reality (VR) are going to have to wait even longer to get their hands on the long-awaited Oculus Rift. VR has grown in popularity since its introduction a few years ago. Today Google even offers a cardboard headset that can be used with a cellphone.

There seems to be no end to the number of social media sites and apps. And whether you’ve heard of them or not, everyone from About.me to XING have millions of users, with the more notable brands counting their number in the hundreds of millions.

As part of announcements at Microsoft’s Build 2016 conference, Skype announced a new ‘Bot’ platform. Called Skype Bots, this feature is described by the company as “a new way to bring expertise, products, services and entertainment into your daily messaging on Skype.” In the new platform, the services provided on Skype go beyond mere video chats and voice call features.

Imagine this: your aging father just had a heart attack, and since you live clear across the country, you’re worried about how he’s going to cope on his own.

GoDaddy announced in an SEC filing that Elissa Murphy (pictured), its chief technology officer and executive vice president in charge of  the GoDaddy cloud platform has resigned. Her resignation is effective May 17, 2016.  Resignations of senior officers such as Murphy have to be disclosed with the SEC.

Groove is help desk software designed for small customer support teams that looks, feels, and works a lot like Gmail. In fact, if you could take your Gmail account, enable it to be shared with others, allow private messaging that customers would not see, and track everything via a backend reporting system, you would have Groove.