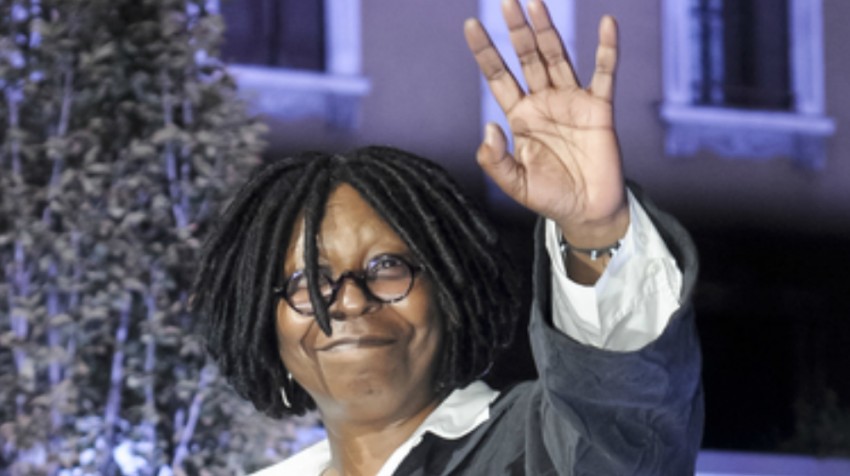 Whoopi Goldberg, award-winning comedian, actress and co-host of The View, announced in an interview with “Vanity Fair” magazine that she is starting her own medical marijuana company for women suffering from menstrual cramps.

In starting this business, Goldberg becomes one of only a handful of Hollywood celebrities to jump into the increasingly lucrative world of legalized marijuana.

Goldberg told USA TODAY that her new medical marijuana company received financial backing from three friends and family members, and that she will serve as chairwoman.

“I want to go nice and slow with this. I don’t want this to be a joke to people. It’s not a joke to women,” the “Sister Act” star said.

The new company, Maya & Whoopi, will offer four products: A balm, a tincture, sipping chocolate, and a bath soak. All are infused with marijuana and aim to reduce the pain and cramps from periods.

Goldberg emphasized to “Vanity Fair” that her products are intended to be medicinal. “I have grown granddaughters who have severe cramps, so I said this is what I want to work on,” she stated.

Whoopi & Maya cannabis products will only be available in California to people who have medical marijuana cards. At least five marijuana dispensaries around the state will stock the products on shelves within the next several weeks.

The Whoopi & Maya products won’t be available elsewhere because marijuana is still illegal at the federal level.

Goldberg’s decision to append her name to marijuana products is a significant boost to legal marijuana businesses in the country. That’s because she is one of the most mainstream names to date who isn’t necessarily associated with drug culture to venture into the legalized marijuana business.

Also, Goldberg is one of a few people of color who have actually taken the plunge in this burgeoning industry. Out of over 3,000 legal marijuana dispensaries in the U.S., fewer than three dozen (or one percent) of them are owned by African-Americans, according to a report by BuzzFeed.

Part of the reason why there are so few legal marijuana businesses in the country is because it’s difficult to obtain bank loans to start a marijuana business. Banks consider these businesses a risky venture. There is also paranoia about embracing an industry that is still perceived as criminal in many areas.

However, Goldberg venturing into a medical marijuana company for women helps shed some of the stigma associated with marijuana, and also adds some much needed credibility to the legalized marijuana industry as a whole.

The number of companies involved in legal marijuana (recreational and medicinal uses combined) is slowly growing.

With the slow but steady growth of the marijuana industry nationally, more business opportunities are opening up for savvy entrepreneurs (or “ganjapreneurs,” as they are sometimes called.)

According to data from ProCon.org, 23 states and the District of Columbia now allow doctors to recommend the use of medical marijuana. And in just the last five years, eleven states have passed laws legalizing medical marijuana with more states currently considering similar measures.

“There are countless opportunities in this industry for entrepreneurs — tourism, compliance, education, branding, software, hardware, biotech and more,” he says.