Wilson Raj of SAS: Millennials Have More Concerns, Expectations for How Their Information is Used

There’s been a stat repeated at several conferences I’ve attended the last couple of years that says 90 percent of the world’s data has been created over the past 12-24 months. That’s an astonishing figure to say the least, but just think about how the data generated by the onslaught of connected devices is going to factor in to that number. 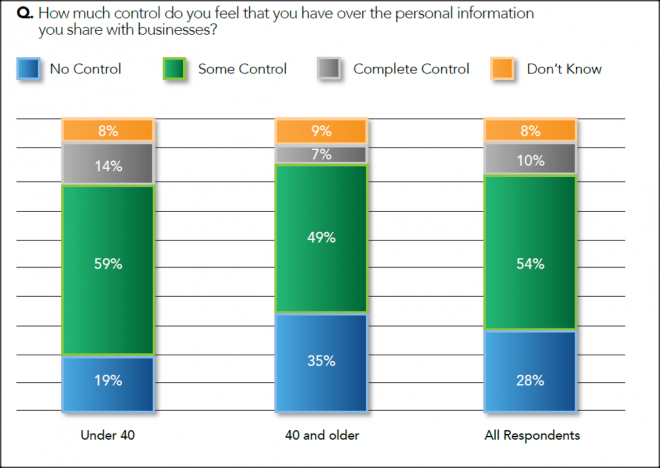 As more data gets generated in less time — by more devices — it’s bringing more attention to how companies are using that information. Wilson Raj, Global Director of Customer Intelligence for marketing analytics platform provider SAS, discusses recent findings from the company’s study — Mobility, Vulnerability and the State of Data Privacy (PDF). Raj shares his thoughts on why millennials are both more concerned with and expect more from companies with respect to how they are using customer information. And why companies using information to impact customer lifestyles are more likely to find more success with digital natives, than with the Over 40 crowd. 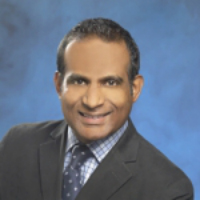 Small Business Trends: Give us a little bit of the background of the recent study you did and the title is Mobility, Vulnerability and the State of Data Privacy.

Wilson Raj: This is a third in an annual series. We had almost about 4,400 respondents from 15 countries from all across the globe. About 30 percent from North America, 42 percent for Western Europe, the Nordic Region is an additional 7 percent and then we have representation from the Pacific Region at about 14 percent. This year we also had some interest from South Africa, which made up 7 percent.

Small Business Trends: Sixty-two percent of everybody that took the survey is pretty concerned about what businesses are doing with their personal data. When you guys break it down and you look at folks who are under-40 versus folks who are over 40 and ask the question, “How much control do you feel that you have over the personal information that you share with businesses,” only 19 percent of the under-40 crowd say, “We have no control,” but when you look at the folks who are 40 and over, 35 percent of them say that they “Have no control.” Now that’s a big difference. Why do you think that is?

Wilson Raj: It really comes to not just, I believe, the age or the demographic, it also comes with a usage of these digital devices. Typically, what we have seen is that the more emergent digital devices, Fitbit, wearables, E Wallets, Mobile Payments are typically sort of in the domain of the under-40s and I think being digital natives, these young men and women have grown up in an environment where they’re sharing a lot.

They’re also more comfortable in using digital for a lot of their daily transactions, whether it’s purchases, whether it’s relating to brands, downloading apps, uploading content, so when you look at the disparity between the above-40 and under-40, the level of control that these two groups feel seems to be disparate; however, in terms of complete control, this is another part of this graph we talked about, in showing of complete control, 14 percent of the under-40 feel that they have complete control of their data. Whereas, only 7 percent of 40 and above say that.

Small Business Trends: When you got into asking folks indicating the marketing messages, roughly the same percentage for under-40 as 40-and-over are OK with getting messages from loyalty program updates for the company they do business with. But it seems like as you dig in a little bit more when you ask about messages and advertisements relevant to “my lifestyle and/or interests” on social media feeds, 39 percent of the under-40 crowd say, yeah, please send it. But only 23 percent of the 40 and over crowd say, “Send it.”

Is that something that these digital natives, they’re just so used to basically living and getting their information from their devices that they’d rather have more and more of these interactions take place versus the 40 and over crowd?

Wilson Raj: Yeah, I see something else that brings as much as the level of comfort between these two groups as it relates to digital interaction, digital lifestyle. It’s also the sense of expectation with the brand. There is overall generally a concern with all the data and privacy issues, obviously brought about by a lot of the headlines that we saw last year, right? We saw a lot of headline grabbing breaches.

For example, Office of Personnel Management in the U.S., where there was a breach of about 21 million records. You had Anthem Insurance, a health writer that exposed almost 79 billion records. There were a couple of cyber attack headlines that made the news as well. Given all those headlines we saw in 2015 and even the year before, it has given a sense of caution, but at the same time, both groups expect personalization from the businesses that they are engaging with. But the expectation is even higher for folks who are under 40.

Wilson Raj: Absolutely, Brent. I think that the continuum between benefiting the customer solely and benefiting the brand solely — that middle ground — that’s where that line is.

If you’re more transparent about those kind of usages and give control back to consumers, then you find that consumers are willing to share more because you’re treating that data with respect and doing it in a very thoughtful, controlled way.