3Dprintler ChatBot Shows Bids on 3D Printing From Your Phone 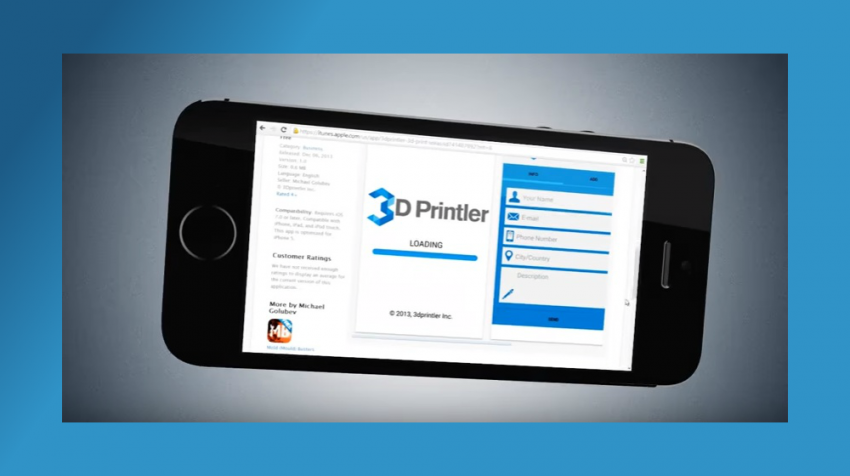 3D printing is now at your fingertips. That’s thanks to Canada-based startup 3Dprintler, which has introduced a chatbot for ordering 3D printing services via your favorite messaging apps like Skype, Facebook Messenger, and even SMS.

Launched in April this year, the bot was recently showcased at TechCrunch Disrupt New York.

According to 3Dprintler co-founder Michael Golubev, the bot has already generated an increase in orders.

“We’ve seen over one hundred orders already just in that period of time, which is I think like 56 percent more conversion rate than we see from using the website. So we see that people actually enjoy using the bots way more, somehow it’s more natural than using the website,” he told TechCrunch. “Almost it becomes outdated to use a website.”

Headquartered in Ottawa, Canada, 3Dprintler entered the 3D space in 2013. Last year, the company unveiled its search engine that lets users upload a 3D file for printing, select the material in which they want their file to be printed and receive quotes.

With the 3Dprintler chatbot, small businesses can order 3D-printing services, compare prices of over 254 materials and order instantly.

To get started, look for the “3Dprintler” bot in your messaging app and convert your CAD file formats. The next step is to find the best local 3D-printing prices, place an order and track it.

In the near future, 3Dprintler plans to introduce more features such as integration with IBM’s Watson, voice command integration, and B2C and B2B versions.

Golubev says, “Chatbots are the solution we were looking for because we get access to millions of people, and … we’re betting that eventually every phone will have a 3D scanner built in it. It will be super easy to use … and once we have all those millions of people using it, adoption rate is going to skyrocket and you’re going to have all those billions of files that people want to create — 3D selfie, for example, is going to be a new craze.”

Interestingly, 3Dprintler is not the only company keen on leveraging the potential of 3D-printing for small businesses.

Massachusetts-based Formlabs is working on creating desktop versions of advanced 3D-printing processes that can be more easily accessible to small businesses. Currently, the company caters to a wide range of customers including jewelers and artists.