Airtime Relaunches As Group Video Chat, Wants To Be The Future Of Social 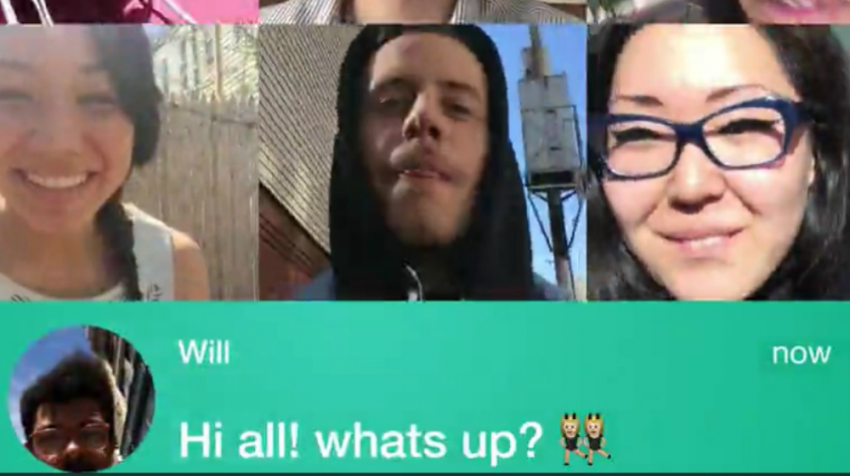 The brainchild of Napster co-founder Sean Parker, Airtime was launched in 2011 as a live video chat site. It generated a huge level of buzz, stringing up endorsements from the likes of Snoop Dogg, Olivia Munn and Martha Stewart.

Yet within a matter of months, a lack of user activity rendered the site dormant. The concept was effectively dead and buried.

But now, Parker and his team have totally revived Airtime as a dynamic group video chat room.

Available as a free iOS and Android app, this new version of Airtime enables users to create a private room, invite others to join and then drop in a diverse range of media in order to experience it collectively. Thanks to Airtime’s heavily-integrated interface, that media can be pulled directly from mainstream sites like YouTube, Vimeo, SoundCloud and Spotify — placing the app within striking distance of major competitors like Snapchat and Facebook Messenger.

“With Airtime, we’re demonstrating that technology can do much more for our relationships than provide a platform for likes and comments,” Parker and his team wrote in a blog post announcing Airtime’s return in April.

“With Airtime, you can make new memories with your people rather than just showing them what they missed out on in your life. This is the future of social.”

According to Parker, up to six users are able to post in a chat room in real-time. Yet each message can be monitored by as many as 250 group members — and users are able to receive doorbell notifications of thumbnail reactions to their posts.

A far more social beast than its predecessor, this latest version of Airtime group video chat also works harmoniously with other mainstream social media networks. Video posts on the app can be instantly re-posted onto sites like Instagram — with Airtime overlaying a readable URL that followers can type in to join your group chat room.

With numerous brands already having harnessed formidable levels of recognition and lead generation from engaging with would-be consumers on Airtime’s more established competitors, industry analysts have already pointed out that small businesses could ultimately stand to make huge gains from getting involved with the new platform.

In the long-term, Parker has also said he’s keen to further integrate Airtime for TV streaming so that friends can watch their favorite shows with one another and chat about them in real time from opposite ends of the planet.

Those ambitions directly echo that of video streaming competitor Meerkat.

Earlier this year, developers announced Meerkat would be ditching live-streaming in favor of a more social video sharing experience.