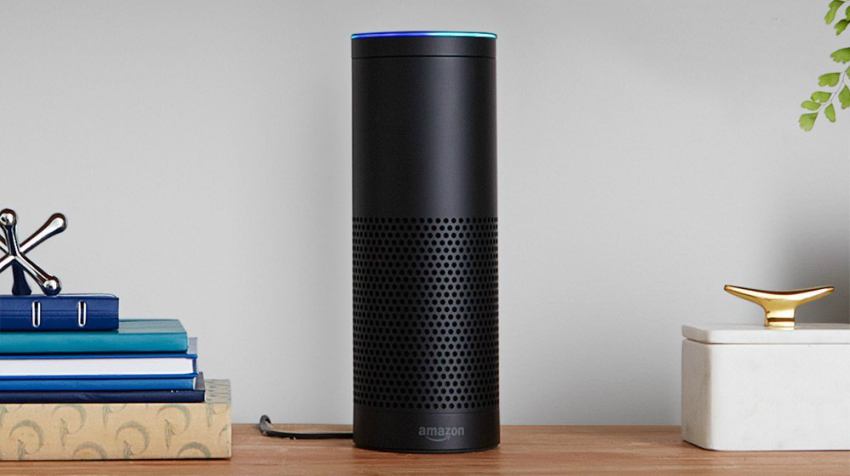 The use of AI assistants like Apple’s Siri and Microsoft’s Cortana has increased drastically in recent years as the technology improves. Now, Amazon is aiming to make that technology even easier to use by integrating Google Calendar with its virtual assistant Alexa.

In addition, Skype video calling is now available on Microsoft Edge without a plugin. And even more technology and small business related headlines are included below in this week’s Small Business Trends news and information roundup.

The use of Artificial Intelligence (AI) for the personal assistant solutions of Apple’s’ Siri, Microsoft’s Cortana and Google’s Google Now has made the smartphones and computers we use much more efficient.

You can now call on Skype with Microsoft Edge without any downloads or installing a plugin, all you have to do is sign-in to Skype for Web on the Edge browser and click start. When Microsoft announced late last year the availability of ORTC API in Microsoft Edge, this was the eventual goal.

Does a $13 Android Phone Sound Too Good to Be True?

Wouldn’t it be nice to have the option to purchase a brand new $13 Android smartphone? Sure, but is it realistic — especially if you live by the adage “You get what you pay for,” or “If it sounds too good to be true, it probably is.”

Did you know that you can now share your webinars, syndicated video content or training videos with millions of Amazon Prime members — and earn royalties in the process? It’s all thanks to a program called Amazon Video Direct. And it’s all available starting today on the Amazon platform.

Hiya Makes It Easier To See Who’s Calling You

In a quest to end spam texts and robocalls, the online phone directory company Whitepages is spinning off Hiya, an app that provides its users with caller ID and spam protection services. Formerly known as Whitepages Caller ID, the new caller ID app Hiya seeks to bring all its users the most advanced caller ID technology on the market.

After Google’s phenomenal success in connecting home services owners to local residents in the San Francisco Bay Area last year, the search engine giant has now taken a new step in the direction that includes Electricians and HVAC Services.

The selfie has invaded virtually every aspect of popular culture. Social media, art galleries and mainstream news networks are completely and utterly littered with them. Yet very few of those images come even within striking distance of perfection. Beijing-based startup Zero Zero Robotics is on a mission to change that with Hover Camera.

Hillary Clinton on Small Business Issues (In Her Own Words)

Despite small business owners favoring Donald Trump for president, Democratic rival Hillary Clinton feels she is the candidate best qualified to champion their cause. “I want to be the president for small business,” she said during a roundtable discussion with supporters in Nevada last May.

It’s Not Business as Usual in Cuba – Yet

President Obama’s push to open trade with Cuba has many U.S. small businesses itching to plant their flag on Cuban soil.  But is now the right time? Here are the pros and cons of doing business in Cuba.

eBay’s efforts to revamp its business are paying off, as the company has reported better-than-expected results in the first quarter. The online retail giant has posted a 5 percent revenue increase, beating analyst expectations. Following the announcement, eBay shares rose 2.1 percent to $24.98 in extended trading.

No Experience Required? Most Small Businesses Not Willing to Train

Small businesses are seemingly less likely to hang a “Help Wanted: No Experience Necessary” sign in their window these days. New data from SurePayroll on employee training found that, of the more than 300 respondents to its survey, most small businesses (63.1 percent, to be exact) say that a job candidate must have the right experience to even be considered.

Websites are essential for businesses and entrepreneurs in pretty much every industry. For photographers in particular, it’s important to have sites that show off their photos in the best light possible. But building those websites doesn’t have to be difficult. In fact, Siftr specializes in making websites for photographers automatically.

The concept of proper cash flow management needs to be learned before you even open the doors to your business, because it is the lifeblood of your company. If you master this aspect of running your business, you will have greater flexibility to resolve unforeseen challenges as well as take advantage of new opportunities.

Instagram Has a New Logo – What Do You Think? [Poll]

Instagram, the photograph-based social media site, now has a new logo. We wondered: do you think the new Instagram logo is an improvement over the old one? The old logo (pictured left) was a rather-brownish icon of a camera.  In the new logo, the concept of a camera is still there, but it’s now more stylized.  And the new logo is far more colorful.

Skeptics expecting the Facebook success story to end will have to wait. The company reported a 52 percent revenue growth and tripled its quarterly profits in the first three months of 2016. Facebook’s impressive growth coincides with Apple’s drop in sales for the first time in 13 years this quarter. What’s also interesting is that another rival Microsoft hasn’t done well either.

The U.S. Chamber of Commerce Foundation, the Chamber’s FreeEnterprise.com and 1776, a public benefit corporation that funds high-growth startups, today released findings from their latest Innovation That Matters 2016 report, a study that outlines which American cities are the strongest drivers of the digital economy and how they got there.

Failed startup Backplane has gone down in flames. Backed most notably by singer Lady Gaga, it has been described as a place on the Web to create niche-based communities connected by shared interests. As such, it might have been a natural fit not only for singers like Gaga but for any brand having or seeking a strong niche community.