App Design Or Function: Where To Invest More Attention 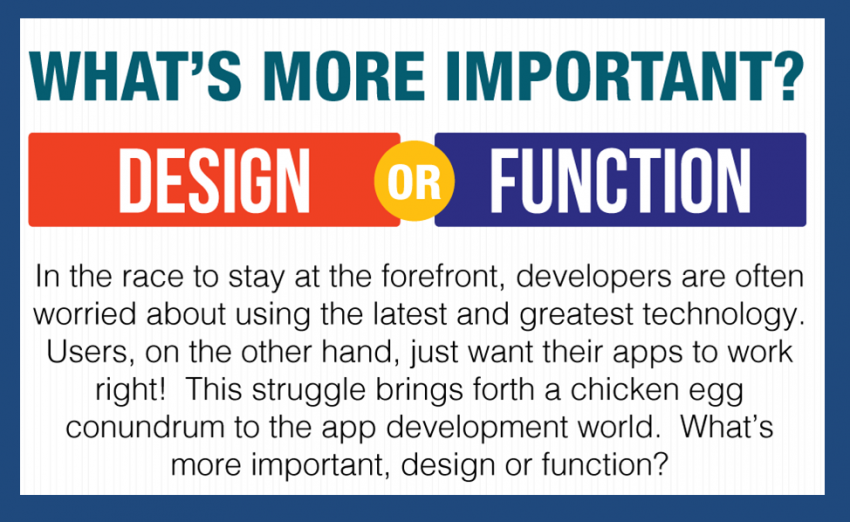 When it comes to developing apps, should you focus on app design or function?  Where should you invest more of your time and energy?

Choosing the right option may seem like walking on a tightrope. You have to strike the right balance. Putting more weight on any one side may cause you to slip and fall.

If you focus more on functionality and less on design, the user may simply shut down the app even before exploring the functionalities. People use apps for convenience, not to brainstorm.

Similarly, if you focus more on design and less on functionality, the app may appear attractive at first, but it won’t be able to hold the user for long. Soon the user will get bored of the shallow app and stop using it.

Consider the following three factors carefully before putting your weight on either side.

It’s always the functionality of the app (not its design) that instills addiction and breeds loyalty in the user. People like to explore more and more in the app, and this sneaks into the user’s brain.

A smaller array of functionality means the user will spend less time on the app, and thus you’ll get less time to market your product.

Yes, you can do both! Doing one thing doesn’t mean you can’t do the other. Both are not mutually exclusive. Even if you have stuffed your app full of everything in the world, you can still keep it simple.

Take a look at Google if you think it’s not possible. Never forget that it’s the simplicity of the design that makes an app user-friendly, not its color scheme or functionality. Greater functionality may cause addiction, but a simple design is what locks in the user for the time it takes her to get addicted.

Blend App Design and Function For an Adaptable Result 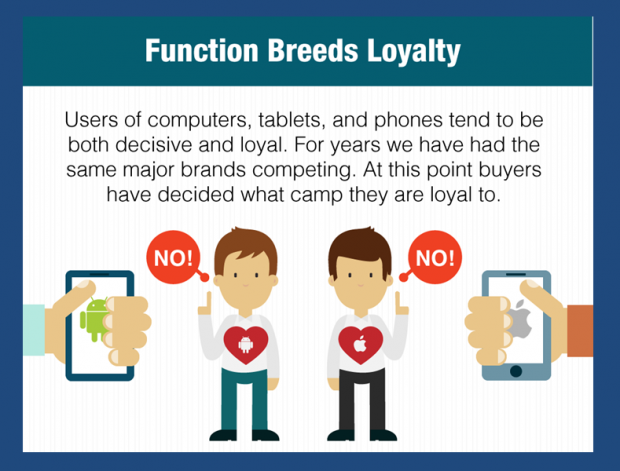 Don’t keep the design or the functionality of your app too limited, look at platforms like Bizness Apps which lets you build apps that don’t just stop at the user.

Did you know that other apps also make up a large section of app users? In other words, you don’t always have to design the app with the consumer as the end-user. Give it wider functionality, and then design it in a way that makes it easy to use with other apps.

Make your app more adaptable. Make sure it works smoothly with social networking sites, like Facebook, Twitter and Instagram.  Make sure it can be easily synchronized with other apps and updating it with new features isn’t a herculean feat. It should automatically (and unobtrusively) install new updates.

Understanding these three things is important. Many developers make the mistake of either focusing too much on design that the ultimate app comes out shallow and bores the user, or they put so much time and energy into giving the app a greater functionality that the app lacks the design to hold the user long enough to explore its functionality.

If you are at the point where you are trying to decide between app design or function, make sure you understand what kind of users you are trying to attract and the goal you’re trying to achieve. And then balance design and functionality in line with these.
Images: Bizness Apps 2 Comments ▼