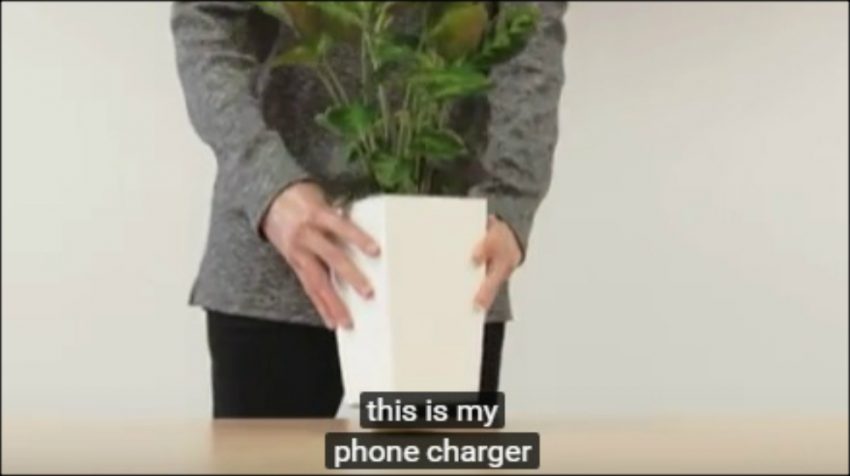 A pot with a plant that can actually charge your smartphone is taking green energy to a whole new level.

The pot, developed by the Barcelona-based Arkyne Technologies and called Bioo Lite, apparently harnesses energy from photosynthesis and transforms it into electricity, which is used to recharge a smart device through a USB port.

Though it feels like an idea out of a high school science project, the concept behind the Bioo Lite recharging station is one scientists have been working on for years.

If you remember some of your science lessons, photosynthesis is the process to which sunlight is used to transform water and CO2 into oxygen and organic compounds. The bacteria in the pot breaks up the compounds releasing electrons that travel along nanowires. The resulting electricity powers a USB port where you can plug in your tablet or smartphone.

To start using the Bioo Lite Recharging Station you will have to remove the USB inside the pot, add some water inside and shake it properly so that it flows properly. Put your preferred plant inside and fill with soil and make sure the USB is visible. Plug in your device and watch it power up.

The pot comes with all the necessary hardware, including the USB plug.

The Barcelona-based company also claims that the technology allows for three charges per day and that the plant generates the power all through the day so users can use it any time of day or night. How long it takes to charge a smartphone or tablet all depends on your device’s battery capacity. You also need to keep in mind that not all plants produce the same amount of electricity, so you may want to do some research before selecting your plant of choice. It is also important that you keep your plant healthy and alive for this to work.

The technology will definitely attract companies and businesses that want to reduce their electricity costs or just want to make the world a better place by using sustainable green technologies.

While the magical Bioo Lite Recharging Station  isn’t on the market yet (it’s slated for a December 2016 release) a campaign to raise funds for completion on Indiegogo has already surpassed its $17,000 target (in U.S. dollars) and there is still a month left if you want to lend your support.