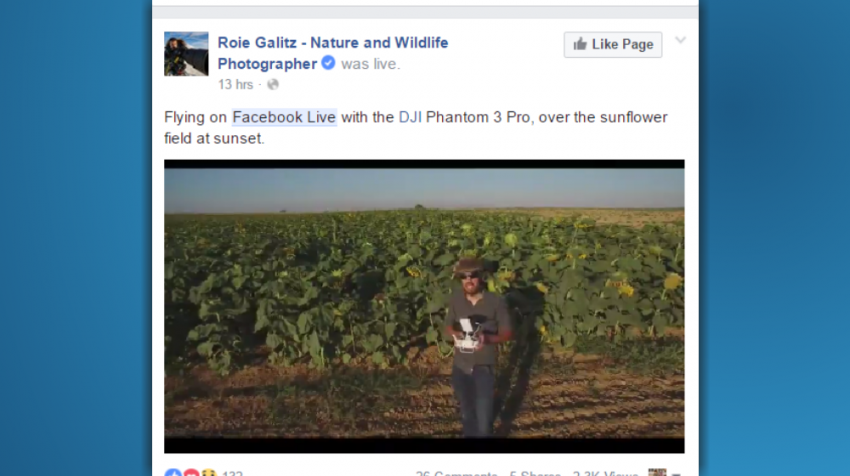 When it comes to social media, Facebook is undeniably king. That’s why businesses bend over backwards to try and engage with users via the social media platform — and it’s also why they’ve been working hard to take advantage of Facebook’s video capabilities.

With the launch of the new Facebook continuous live video API, those capabilities have drastically expanded.

Announced in April, this latest expansion of Facebook Live will enable users to stream 24-hour live coverage of anything and everything — from a window filled with adorable puppies to the backstage goings-on during an awards show.

A few weeks on, the new Facebook continuous live video API has grown by leaps and bounds. Over 100 broadcasters have already hopped on the bandwagon, and global brands are leveraging these new platform capabilities in order to reach users in new and engaging ways.

Disney has used Live API to hand fans sneak peaks from the red carpet, CSPAN has used it to bring viewers closer to this year’s White House Correspondents’ Dinner and Bleacher Report has been using it to answer questions about the NFL Draft.

“We’ve already seen some interesting use cases — for example, it was used by explore.org to power nature cameras — and we’re looking forward to seeing what Live API developers come up with in the future,” Facebook video head Fidji Simo told TechCrunch. “We expect developers and publishers to get creative with this new capability.”

That being said, there are plenty of ways that smaller businesses can get creative with the new Facebook continuous live video API.

According to Simo, restaurants can utilize Facebook Live in order to walk diners through a typical service, cottage manufacturers can showcase their processes and B2B companies can stage live tutorials. Weather-driven industries like ski resorts or surf shops can even host a continuous stream of local weather conditions so that customers from across the globe know when it’s time to come in.

Better yet, businesses can then directly interact with those viewers in order to generate leads and forge stronger consumer relationships.

“Live video on Facebook is truly interactive ,as broadcasters engage with their commenters and respond to their suggestions and questions,” Simo said. “In fact, from initial data, we’ve seen that people comment more than 10 times more on Facebook Live videos than on regular videos.”

Continuous streaming isn’t the only new addition Facebook is making to its Live API. The social media giant will also enable businesses to post videos that are only visible to users based in particular locations that are relevant to that business.

Businesses can also select a video to expire after a certain amount of time in order to generate a sense of urgency around their continuous stream — and Facebook has introduced an age-gate that ensures underage users cannot view certain videos. That will prove a huge benefit for alcohol brands or local bars looking to leverage Facebook’s Continuous Video Live API capabilities.

“We’ve been humbled by all the amazing and creative ways that people have used Facebook Continuous Live Video so far, and we’re committed to creating the best experience for everyone who wants to create, watch and interact with live videos on Facebook,” Simo said. “We’ll keep working to bring you the best ways to broadcast, interact with, and discover live video. Stay tuned.”