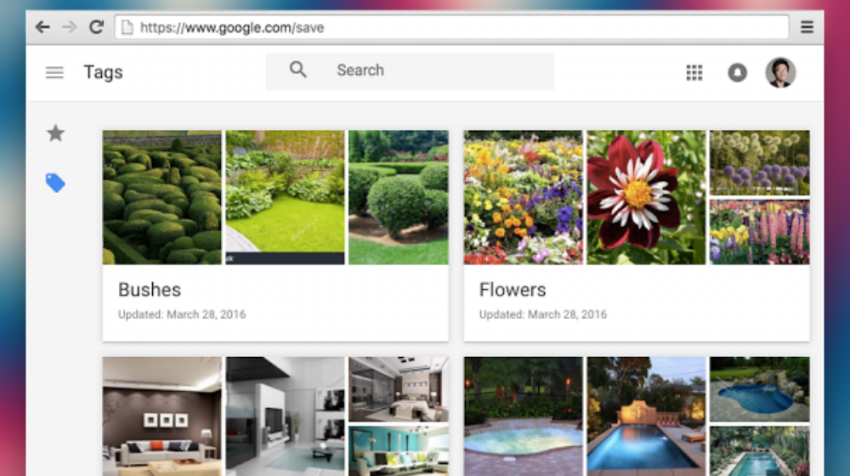 You can already find just about any type of product or service to help grow your business online. But even so, there are new products and services coming out pretty much every day.

Recently, Google, GoDaddy and others announced new services and features that could impact small businesses. Read about those headlines and more in this week’s Small Business Trends news and information roundup.

Back in November 2015, Google dove into the world of Pinterest-esque photo bookmarking, allowing users to save photos and organize them in folders directly from their mobile browsers. Building upon this service, Google recently announced that it was bringing the Pinterest-like service for saving photos, articles, and other online content to the desktop.

Domain name registrar GoDaddy is reaching into the realm of small business communications with a proposed acquisition of FreedomVoice, a cloud-based telecommunications provider, announced Tuesday. The deal will cost GoDaddy $42 million in cash plus up to $5 million in potential future payments.

Are you tired of creating boring PowerPoint presentations with bullet point-filled slides? Is it difficult to find high-quality images you can use to liven things up? If so, the stock photography site Shutterstock just may have a solution.

Beating analyst expectations once again, Amazon has reported a 28 percent increase in sales in the first quarter of 2016. Revenues totaled $29.1 billion, compared to $22.7 billion in the same quarter the year before. The Amazon stock went up more than 12 percent following the big announcement that will silence many skeptics.

The decision to acquire Yodle has paid off for Web.com, as it reported a strong first quarter of the year. The web services company now has approximately 3,423,000 total net subscribers, up 70,000 from the end of the fourth quarter of 2015. This includes nearly 53,000 subscribers from the Yodle acquisition.

Bernie Sanders on Small Business Issues (In His Own Words)

Bernie Sanders may be to Hillary Clinton what Exaggerator was to Nyquist in the Kentucky Derby, but he remains a dogged contender for the presidential nomination despite the delegate count. For that reason, Small Business Trends felt it would be appropriate to share what Sanders has to say about small business issues, in his words, in the unlikely event he gets elected.

Legislation has been introduced in the Senate that will create an Office of the Advocate for Small Business Capital Formation at the Securities and Exchange Commission (SEC).

Ninety-four percent of independent workers love the control that independence provides, but 67 percent say their top concern has to do with inconsistent income in their micro businesses.

What Jobs Are Small Businesses Hiring Most?

A lot of the jobs small businesses are looking to fill across the country are primarily the same as those larger companies are working to fill, too. There are some places where small businesses can actually be competitive when hiring, according to data from Indeed. Indeed has identified the top 10 jobs being filled by small businesses nationwide.

eBay Valet Program Lists, Sells and Ships Products for You

Even though ecommerce sales grew at 14.6 percent year over year in 2015 to a grand total of $341.7 billion, it still accounted for only 7.3 percent of total sales. The segment has a long way to go before it catches up to brick and mortar stores, which is why companies are continuously trying to integrate both worlds so consumers can shop without much differentiation.

Get out the Decanters, eBay Wine Is Now Online

The $15 billion wine industry is a very lucrative one, which is now growing even more because of the increasing number of middle class in developing countries around the world. This fact obviously hasn’t escaped the notice of online commerce sites, and as one of the leading companies in the sector, eBay has launched ebay Wine to capitalize on this growth.

The wearables market has been gaining a lot of attention lately. But the majority of the products are aimed at individual consumers who just want to own even more cool mobile gadgets. But Rufus Labs decided to focus its wearable product, the Rufus Cuff on a different type of consumer — businesses.

How To Use Facebook Chat Bots to Market Your Business

You’ve heard about bad bots and the havoc they wreak for website owners, but the Facebook chat bots just launched for its Messenger app are the good kind. Facebook is opening up its Messenger platform in beta to allow chat bots into the application. These bots will let businesses deliver more services for their customers through the developer and business ecosystem of Facebook.

Instagram recently announced that it will soon roll out video carousel ads. This will allow advertisers and business owners to share up to five separate videos with one single purchase. Instagram allows longer videos as each of the videos can be up to a minute.

Small office and home office (SoHo) businesses face two big challenges when it comes to printing: the high cost of buying ink and the inconvenience of running out when ink is needed.

Today’s modern workforce has to operate without the limitations of geography, time and device,  software or hardware. This means the resources an employee needs have to be available no matter where they are, day or night, or on what device. Greater compatibility and flexibility are part of a growing collaborative environment.

More than 400 million people now have an efficient and effortless way to wirelessly print photos from Instagram thanks to the newly released Epson Creative Print App. “Instagram is one of the most popular social media platforms among Millennials, and Epson now allows users to directly create and print their Instagram masterpieces with the enhanced Creative Print app,” Epson America Inc. senior marketing director Nils Madden said in a press release.

After thousands of years of curiosity, cat owners can finally learn the innermost thoughts of their feline companions thanks to the invention of the world’s first cat interpreter. Launched by scientists at The Temptations Lab, the “Catterbox” collar uses a microphone and speaker in order to record, process and translate a cat’s purrs, hisses, and meows into human speech.