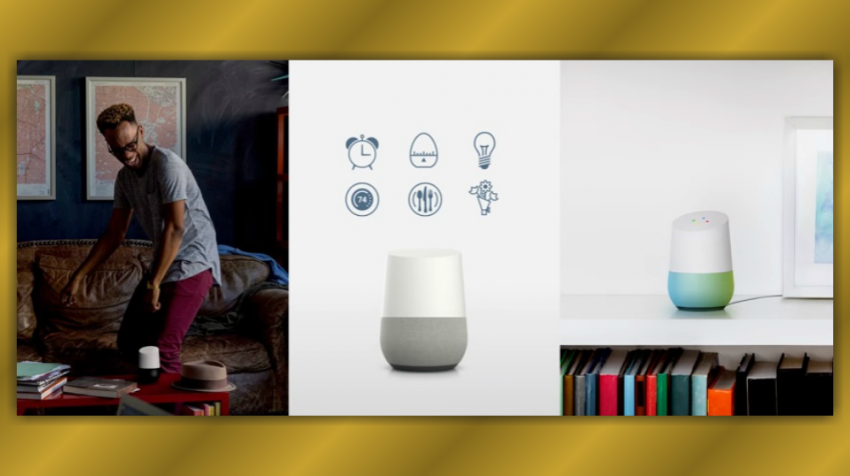 When the Amazon Echo was released with its Alexa personal assistant in 2014, the popularity of the product caught everyone by surprise, including Google. Since then, the search giant was reported to have been working on an “Echo Killer,” and the company made good on that rumor when it announced Google Home at its 2016 I/O Developer Conference.

Like the Echo, Google Home is a standalone, always-on speaker that listens. All you need to do is plug it in and you can start using it to ask questions, carry out tasks, play your music, and control some of your connected home automation devices in your home.

No Personalization For Google Home

Artificial Intelligence that went before seemed to have some cute nam. Think Alexa, Siri and Cortana. The idea was apparently to make them appear a bit more — human. But Google is bucking that trend. If you want to interact with the device, you say, “Google,” and follow up with what you need. It’s not necessary to get personal with a name. Where it lacks in the personalization department, the device more than makes up for with its contextual awareness.

With Google Home, you are able to carry on what seems like a conversation. So if you ask it who won the Oscar for Best Picture in 1979, it would say The Deer Hunter. And if you follow up by saying who directed the movie, it rightly assumes you are talking about the same movie and says Michael Cimino. Echo gives you the answers, but they have to be asked individually.

This type of awareness makes Google Home noticeably more efficient, but that is not where the advantages stop. It also brings all of your devices together with greater ease. Using Google Cast and Chromecast, you can have a conversation with the devices you have connected to these platforms. You can watch YouTube videos on your TV and listen to Google Play Music on dedicated speakers throughout the house.

The popularity of these type of devices highlights the evolution of AI and the Internet of Things (IoT). As more things become connected, having an AI device that lets you bring them together and control them from a single hub is an important component of this ecosystem. Google Home hasn’t announced all of the things it can control, but Nest thermostat and lights are couple of the devices.

Last but not least, Google Home has been designed to fit many different decors. The modular case lets you customize the base shells with different colors, which might make all the difference in the world for people that don’t want the only available color for the Echo, black.

Does Google Home Have an Advantage?

While Alexa is very popular, Google Home has the advantage of a massive technological knowhow from a company that is continuously developing new solutions in the AI segment, which as of now gives it a slight advantage. But it is still not available, and by the time you can get your hands on it, Alexa may have evolved to be just as/or smarter than Google Home.

One of the reasons for this is Google is not opening up a developer API for its assistant at this moment. But Echo has opened its self-up, giving it an ever growing list of compatible devices and services. Echo developers have created around one thousand skills, which is growing. With three million Echo devices already in homes and more functionalities in the pipeline, Google Home might be looking at an insurmountable lead by Echo when it comes out later this year.