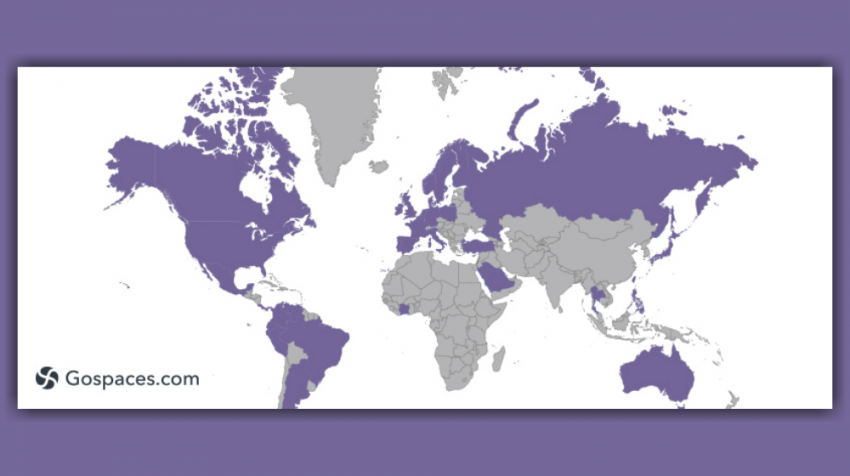 GoSpaces, a free website builder and ecommerce platform, this week announced on its blog that it is expanding into 38 countries and 20 languages, making it accessible to more than one-third of the world’s population (2.7 billion people) in their native tongue.

The platform will be tailored to each country’s needs regarding use of language and will include local payment gateways, full translations on the backend and, soon to come, auto-currency settings that will help international customers see how much products cost in their local currency.

GoSpaces touts the expansion as advantageous based on the fact that most ecommerce platforms are only available in English, even though English speakers make up just five percent of the world’s population.

Kasper Christensen, GoSpace’s co-founder, says the platform’s flexibility in language and payment options opens it up to audiences across the globe. He expressed his excitement in this quote:

“Already we’ve seen creative uses that we never imagined, like tour guides advertising their services, restaurants posting their menus and bands using it to sell concert tickets,” Christensen said. “Now that we’re in 38 countries I imagine we’ll see even more variety in the Spaces being created by our community.”

Something else that sets the GoSpaces’ platform apart from other ecommerce competitors is that it is entirely free to use — to launch a website or online store — making it useful for testing business ideas or bringing new products to market. Once a merchant earns more than $50 per month, the company charges a subscription fee of $9 a month plus 3 percent per transaction.

According to the GoSpaces website, it only takes a few clicks to set up a site, and users can sell physical, digital or subscription goods. Currently, more than 50,000 sites have been created using the platform, consisting of artists, authors, entrepreneurs and others.

The GoSpaces platform was developed by ecommerce company Shopify as part of “Shopify Garage,” the name the company gives to experimental projects.