Hillary Clinton on Small Business Issues (In Her Own Words) 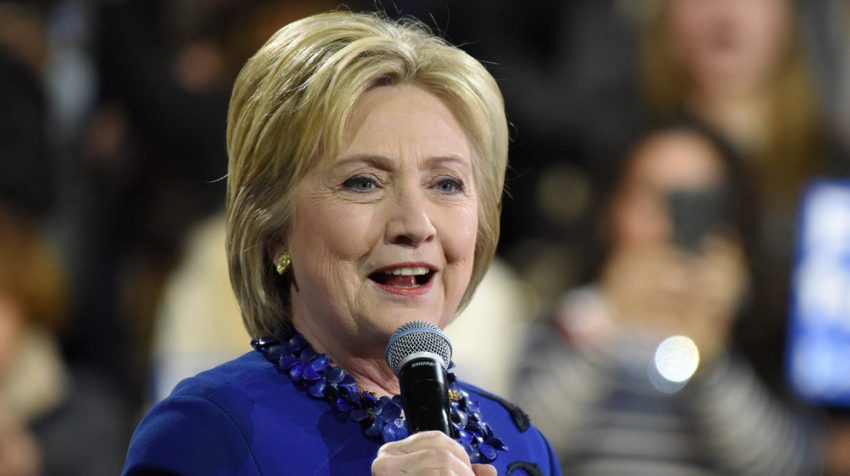 Despite small business owners favoring Donald Trump for president, Democratic rival Hillary Clinton feels she is the candidate best qualified to champion their cause.

“I want to be the president for small business,” she said during a roundtable discussion with supporters in Nevada last May.

Clinton’s commitment to small businesses is rooted in her own family’s experience: Her father ran a small business in Chicago, printing drapery fabrics.

“When my dad ran his small printing business — he printed drapery fabrics in Chicago — it put food on the table; it gave us a good, solid, middle-class home and lifestyle,” Clinton said in a position statement regarding small business on her campaign website. “And I don’t think it’s old fashioned to say that’s what I want for every family that wants to work for that here in our country today.”

Unlike Trump, who has no definitive position statement on small business, Clinton has clearly outlined where she stands. To remedy the problems faced by small business, she will:

If elected, Clinton plans to launch a nationwide effort to cut red tape for small businesses at every level of government. Further, she will build a roadmap to help small businesses navigate the regulatory landscape and reduce compliance costs associated with federal, state and local regulation.

“It shouldn’t take longer to start a small business in the United States than it does in Canada, France, or South Korea,” Clinton said.

In an April 2015 Washington Post article, Clinton cited a World Bank survey ranking the United States 46th in the world in the difficulty of starting a small business.

“We have to be number one again,” she said. “For so many decades it was taken for granted that we would be — and we were — but slowly over time, it’s become more difficult, more expensive, more red tape, unnecessary regulation that has really put a damper on economic growth.”

Clinton plans to give small businesses access to the financing needed to support growth. In particular, she is focused on women- and minority-owned businesses.

“Small business owners need access to financing and credit to build, grow, expand and hire,” Clinton said. “Lending has recovered since the crisis, but it’s still hard for new firms to get credit.”

She also plans to remove unnecessary regulatory burdens on community banks, which provide credit to small business owners and families looking to invest in their futures.

“The smallest businesses, with one to five employees, spend 150 hours and $1,100 per employee on federal tax compliance,” Clinton said. “That’s more than 20 times higher than the average for far larger firms. We’ve got to fix that.”

“American small business should be able to tap new markets — whether they are across their city, across their state or around the world,” she said.

Clinton will work to provide incubators, mentoring and training to 50,000 entrepreneurs and small-business owners in underserved communities across the country and seek to improve entrepreneurial literacy among high school students as well.

“These programs will help those with good ideas today become the entrepreneurs and business leaders of tomorrow,” Clinton said.

But Clinton  also appears willing to defend and support the Patient Protection and Affordable Care Act (PPACA) — otherwise known as Obamacare — when and if she becomes president. The act has been unpopular with many small business owners.

“I am committed to trying to build on what works in the Affordable Care Act,” Clinton said in the Washington Post article, adding that, “We have to do a better job of creating a more competitive marketplace.”

See Also: Taking the First Five Steps to Starting Your Own Business

In the health care position statement on her website, Clinton said that she will “build on Obamacare to expand affordable coverage, slow the growth of overall health care costs (including prescription drugs) and make it possible for providers to deliver the very best care to patients.”

Clinton also strongly supports labor unions, stating on her website that she plans to strengthen the unions and protect work bargaining power. This is another place her campaign may find itself at odds with some small business owners.

Clinton also supports the concept of a national paid leave plan for parents.

“We are the last developed country in the world that has no national paid leave for parenting or illness,” Clinton said in an NBC News report.

“For many workers, staying home to take care of a sick child or an aging parent means losing a paycheck — or worse, even losing a job,” she said in a position statement on paid leave on her website. “That is an impossible choice we shouldn’t ask anyone to make — and yet American workers are forced to make it every day.”

It will remain to be seen where support for such a plan will come from and who will be footing the bill to determine how such regulation might affect small businesses. But one thing is certain. Small businesses with only a handful of employees will be seriously impacted if forced to grant paid leave t employees who they are unable to replace.

“We are turning down people who really want to work,” she said in the Washington Post article.

Noting that all of her grandparents immigrated to the United States, Clinton said, “I sit here and I think you’re talking about the second and third generation — that’s me, that’s you. We are saying to all these other people who want the same dreams and the same aspirations, and the willingness to work hard just like our families did, no, we’re not going to make it easy for you, we’re not going make it legal for you.”

In a position statement on her website, Clinton classified immigration reform primarily as a family issue rather than an economic one.

“The American people support comprehensive immigration reform not just because it’s the right thing to do — and it is — but because it will strengthen families, strengthen our economy and strengthen our country. That’s why we can’t wait any longer for a path to full and equal citizenship.”

In some of her positions on small business — lower tax rates, greater access to capital and removal of oppressive government regulations — Clinton almost sounds like a Republican. In others — her support of Obamacare and labor unions, for example — she appears to stand in opposition to small business interests.

Regardless of where she stands on any given issue, growing up in a family-run small business has certainly influenced Clinton’s beliefs.

“The early lessons I learned about hard work and entrepreneurship have stuck with me all my life — a sentence my father would be thrilled to read,” she said in a blog post on business social network LinkedIn.

And even though small businesses favor Trump by a vast majority, Clinton feels strongly that she is the candidate to best represent them.

“Small businesses all over the country are ready to grow and hire, and entrepreneurs are ready to venture out on their own — if they can just get that next loan, enter a new market or have one fewer form to fill out,” she said. “Hillary Clinton will be the small business president.”

For more information on Hillary Clinton on small business and her proposed policies regarding small business, visit the following: