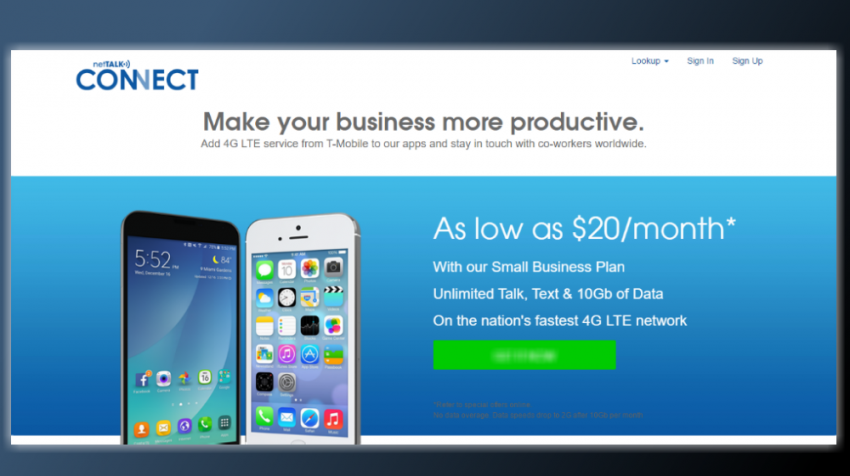 NetTALK, a platform similar to Vonage that lets users make inexpensive international calls via their WiFi or wireless connection, just announced the launch of several new features, one of which is intended primarily for small business use: 4G LTE wireless telephony service.

In citing the reason for the service, Nick Kyriakides, netTALK co-founder and COO, in an exclusive interview with Small Business Trends, said, “Globally, there are around 50 million expats living in countries in where they were not born. NetTALK helps them by reducing the cost of international calls to between 30 to 40 percent.”

NetTALK has focused on the retail consumer since its founding in 2008, but with the new 4G LTE service, that is changing. Now the company is pivoting toward the small office home office (SOHO) market, with the goal of enlightening small business owners to the advantages of using the service.

Here is a rundown of each of the new features along with their description:

Business users (and others) can add 4G LTE service from T-Mobile to the netTALK apps and stay in touch with co-workers worldwide. The Small Biz Plan offers users unlimited talk and text with 10GB of data for $40 per month, plus the price of the SIM card, a one-time fee.

The service works on virtually any unlocked, GSM-compatible phone, which means users may be able to keep their current device.

“Businesses that want to appear as having a presence in multiple locations can set up numbers very cheaply,” Kyriakides said. “They can even purchase temporary numbers, in case they travel to other countries for business and don’t wish to incur heavy fees.”

NetTALK Connect, a new mobile app available for iOS and Android, allows users to have more than one account per app and gives them the chance to purchase a low-cost Canadian or U.S. phone number. This helps them to make cheap international calls from locations all over the world.

“With the Connect Talk app, users can sync up the app to their home phone line (DUO), “Kyriakides said. “Now, whether they are traveling internationally or are in the office, users never miss a phone call. It comes through their smartphone application.”

Similar to the Connect Talk app, users can also “go mobile” with the netTALK DUO, which enables messaging using their DUO home phone number while on-the-go.

Also, the app features message delay and undo (users can “unsend” a message), native emoji support and no advertising — a trait some other messaging services can’t boast. 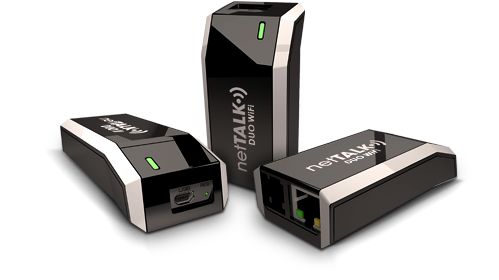 The netTALK DUO enables free nationwide calls to any phone in Canada and the U.S. from anywhere in the world, as well as low international rates. No computer is necessary as the netTALK DUO plugs directly into a router or modem — and now works via WiFi as well thanks to the new version.

The reason for introducing the WiFi version had to do with convenience, according to Kyriakides.

“Lots of people’s routers are in weird places in their home, such as basements or cabinets that are hard to get to,” Kyriakides said. “DUO WiFi can plugin where it’s convenient — a living room or kitchen, for example. It works just like a wireless printer.”