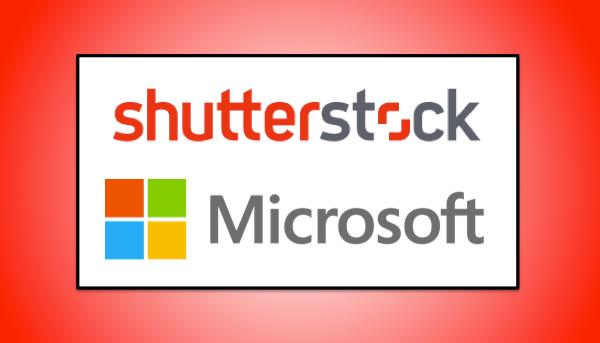 Are you tired of creating boring PowerPoint presentations with bullet point-filled slides? Is it difficult to find high-quality images you can use to liven things up? If so, the stock photography site Shutterstock just may have a solution.

Shutterstock, in partnership with Microsoft, announced today it will provide PowerPoint users with access to more than 80 million professional photos and illustrations through a plug-in that works with PowerPoint 2013, PowerPoint 2016 and Office365. Users can now license images directly from inside PowerPoint and preview them in a slide before buying.

PowerPoint is still an application commonly used by business professionals. With more than one billion Microsoft Office users around the globe, customers regularly include images to enhance their sales decks, marketing presentations and business proposals.

“We thought of PowerPoint as a potential pool for image users for a long time,” said Janet Giesen, senior director of business development and strategic partnerships at Shutterstock, in a telephone interview with Small Business Trends. “The new plug-in allows users, who may not have their own professional images, to be able to insert images from Shutterstock quickly and easily. Not only will this enable them to produce visually stunning presentations but it also saves lots of time. Users no longer have to visit other sites to download images. It’s all right here, inside PowerPoint.”

Here are a few key features of the Shutterstock Microsoft partnership:

“We know our customers are frequently using images to enhance their PowerPoint presentations,” said Steven Guggenheimer, corporate vice president of developer experiences at Microsoft, in the announcement. “With this PowerPoint plug-in, Shutterstock is broadening its ability to enhance productivity, offering its entire collection of high-quality imagery to professional users.”

If there is a downside to employing the plug-in, it’s that users must purchase images, and that can get expensive. Pricing is offered in two ways: on-demand or by subscription. On-demand prices range from $29 for two images to $229 for 25. Subscriptions start at $139 per month, for 350 images, and can run as high as several hundred dollars per month, depending on how many images the customer may need.

As an incentive, during the launch, Microsoft is giving one image away for free to the first 25,000 users.

How the Plug-in Works

Once installed, the Shutterstock PowerPoint plug-in appears on the right side of the PowerPoint interface. 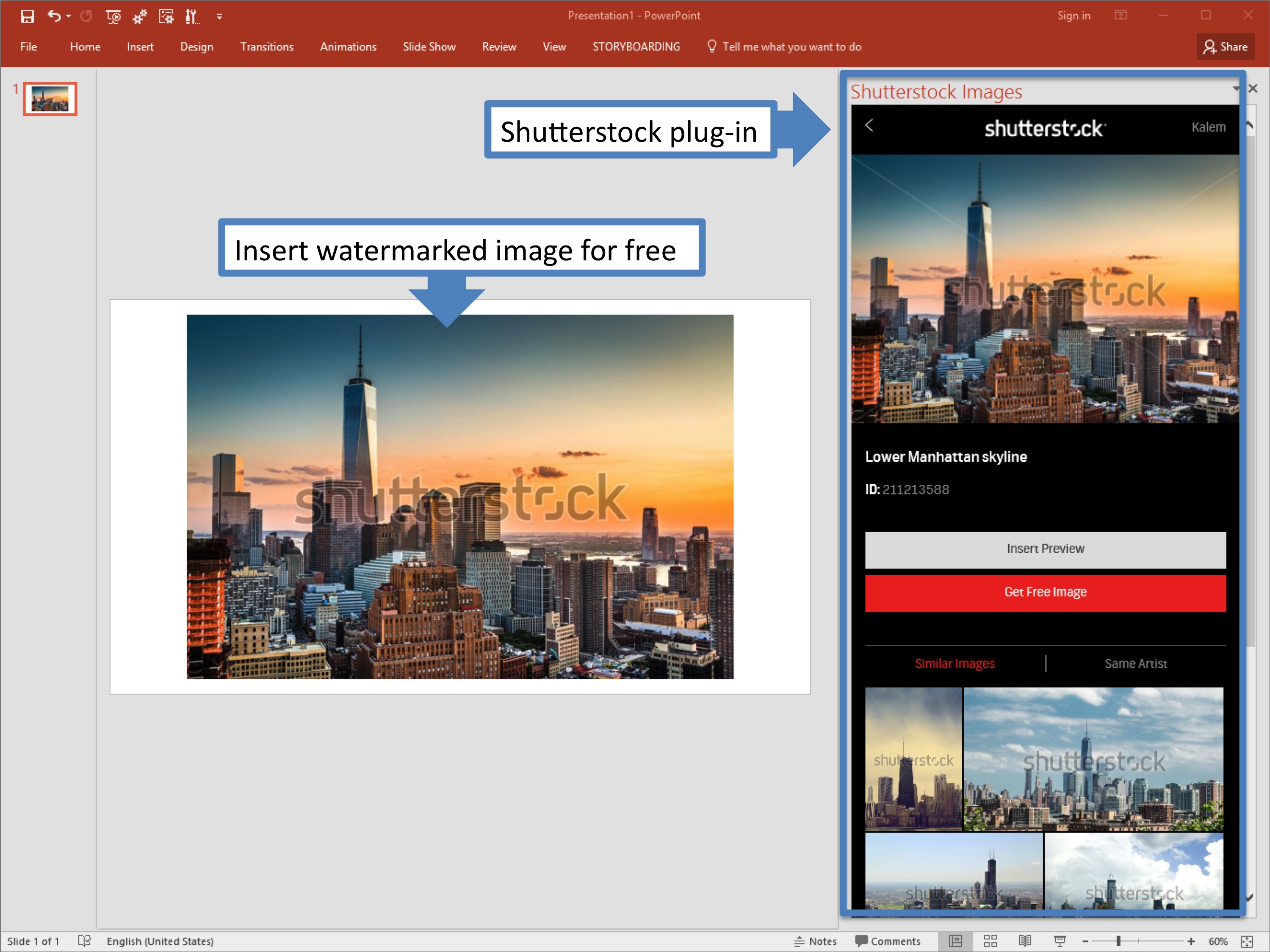 Users can search the Shutterstock database, and then click to preview a watermarked image for free. Once users select an image, they can buy it directly through the plug-in. To make a purchase, you must have a Shutterstock account or set up a new one.

Then select the pricing plan, choose the image size, and the plug-in inserts the unwatermarked image onto the canvas in place of the watermarked version.

The plug-in is available for download starting today from the Microsoft Office store.