12 Tips for Pinning on Pinterest After the New 2016 Changes 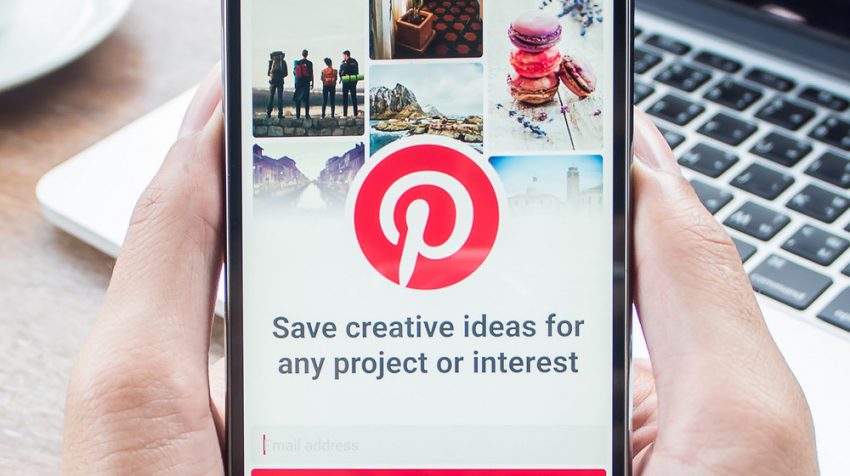 Pinterest has been rolling out a steady stream of updates this year, including changes to its algorithm and affiliate policy. If you use Pinterest as a marketing channel for your business, then you need to be aware of those Pinterest 2016 changes to really make the most of the platform. Here are some tips for pinning on Pinterest in 2016.

One of the biggest changes that Pinterest recently announced is that the site will again allow users to share affiliate links on the platform. So if you’re a blogger or influencer, you can use Pinterest as a way to increase your affiliate income. And you can now actually share those links directly on Pinterest, instead of just posting links to your website or a landing page that includes your affiliate links.

If you’re a small business that wants to increase sales through an affiliate program, this new change also offers a new opportunity for you. You can potentially connect with influencers who are popular on Pinterest with your target audience. The fact that they can share affiliate links directly on the platform could make your affiliate program even more attractive to them.

Another change to Pinterest, at least on some of the mobile apps at this point, is how your boards and pins appear on your profile. For example, instead of just showing each of your board names and cover images, profiles on the iOS app now shows each board title over a sort of collage of the images you recently pinned to that board. So since Pinterest users will be able to see more of your actual pins when visiting your profile, it may be worth it to put more care into choosing pins that fit, or at least don’t totally clash, with your style and branding.

For that reason, using analytics on Pinterest has become even more important. If you have a Pinterest business account, then you have access to analytics that can show you which of your pins are performing well and which ones are getting lower engagement. You can also use services like Tailwind to measure that engagement. Having that information can help you determine which pins might be worth promoting further or if there are any that you may even want to delete from your boards. It can also help you determine general trends in what’s popular so you can better determine your strategy for pinning on Pinterest going forward.

One of Pinterest’s big goals with the recent changes is to appeal more to a wider base of users, including those outside of the U.S. A lot of those changes so far have simply been design and usability tweaks. But if all goes as planned for Pinterest, that means there could potentially be a larger base of international consumers on the platform going forward. So if that fits with your target audience, it could be worthwhile to create pins that are more geared toward international consumers, rather than only focusing on those based in the U.S.

Like other social media platforms, algorithm changes for Pinterest can make paying to promote certain posts a more viable option. If your pins aren’t getting as much engagement as you’d like to see, you can pay to boost a pin or two to increase your reach.

In addition, getting your posts found on search engines also becomes more important thanks to algorithmic changes. So if you don’t already, change the names and descriptions of your board to include some relevant descriptive keywords. The captions of each of your pins should also include some relevant descriptions so people can better find the content that is going to interest them on Pinterest.

Pinterest continues to offer the opportunity for pinners to invite other pinners to their boards, creating group boards that can help increase the reach of your pins even further. However, group boards aren’t as powerful now as they once were. You can still use them, especially if you use just a few with just a few different pinners. But don’t rely as heavily on them. And make sure you pin valuable content to your individual boards as well.

Also in some of the mobile apps, you’ll notice what appears to be a separate board that includes all of the pins you’ve liked on Pinterest. Before, users could still view the pins you liked on Pinterest, but they had to actually click on that part of your profile. Now, it shows up on your profile like the rest of your boards. So make sure that you’re okay with those pins appearing on your actual profile.

One thing that hasn’t changed about pinning on Pinterest is that users want to find and save valuable content. So the pins that you share should always be relevant and helpful to members of your target audience. If you take that into account, you’re more likely to get higher engagement on Pinterest. And that higher engagment can lead to even more reach on the platform.

If anything, the Pinterest 2016 changes and changes or any other social platform serve as a reminder that you don’t have full control over how you’re able to reach people using those tools. Pinterest can be an incredibly useful tool for reaching certain audiences. But that doesn’t mean that you should only focus on Pinterest and discount every other marketing channel out there. Pinterest is likely to keep making changes to its platform – some of them will likely help your reach and some might hurt it. So be prepared by not focusing too heavily on any one platform, including Pinterest.

Annie Pilon is a Senior Staff Writer for Small Business Trends, covering entrepreneur profiles, interviews, feature stories, community news and in-depth, expert-based guides. When she’s not writing she can be found exploring all that her home state of Michigan has to offer.
20 Reactions
Subscribe
Follow @smallbiztrends
RSS LinkedIn Pinterest iTunes