It’s Not Business as Usual in Cuba – Yet 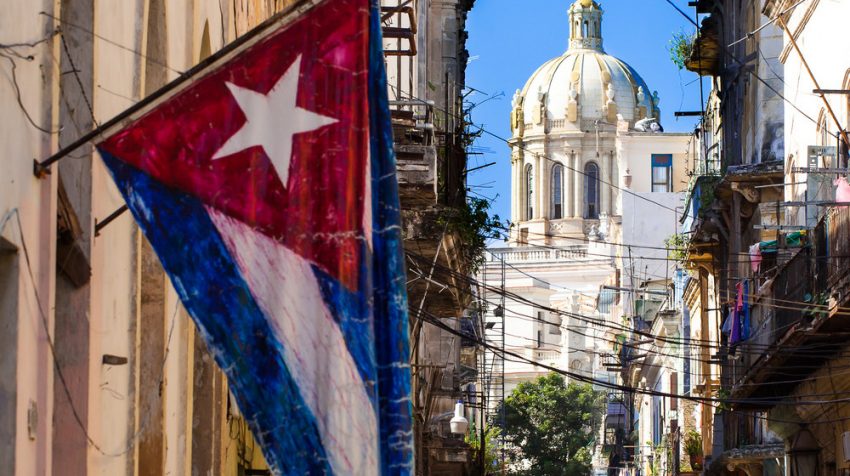 President Obama’s push to open trade with Cuba has many U.S. small businesses itching to plant their flag on Cuban soil.  But is now the right time? Here are the pros and cons of doing business in Cuba.

Good Reasons to Do Business in Cuba

According to an article in American Express OPEN Forum, many analysts have concluded that Cuba represents a “lucrative opportunity,” for the following reasons:

Other reasons to do business in Cuba are:

Barriers to Doing Business in Cuba

Although Cuba may appear to be a land of opportunity, the reality is less optimistic. Significant barriers exist politically, culturally and economically that may prevent a “gold rush” from taking place, at least at the moment.

That same American Express article said the government controls much of what takes place in the business sector, from manufacturing to distribution to access to capital. Dealing with a socialist regime that is used to regulating every facet of business won’t be easy.

Not only that, the average wage in Cuba equates to $20 per month, which means there is little purchasing power. CPG companies may find it difficult to offload their products here. And, until tourism kicks in full-force, restaurants may find that the path to profitability is steep.

The combination of excessive government control and low wages has led Cubans to develop a unique business culture referred to as “Revolver” (resolve or get by), which largely involves buying and selling goods on the black market.

Despite the pros and cons, for the vast majority of American companies, doing business with Cuba remains illegal.

“Transactions between the United States, or persons subject to U.S. jurisdiction, and Cuba continue to be prohibited, and Office of Foreign Asset Control (OFAC) continues to enforce the prohibitions of the Cuban Assets Control Regulations (CACR),” said a government fact sheet (PDF) regarding the trade restrictions.

That said, ahead of President Obama’s recent trip to Cuba, the U.S. Departments of Commerce and Treasury announced significant amendments to the Cuba sanctions regulations, which expand the ability of Americans to visit Cuba, bolster trade and commercial opportunities, and reduce barriers to financial transactions by Cuban nationals.

“Today’s amendments build upon President Obama’s historic actions to improve our country’s relationship with Cuba and its people,” said U.S. Commerce Secretary Penny Pritzker in a prepared statement. “These steps not only expand opportunities for economic engagement between the Cuban people and the American business community but will also improve the lives of millions of Cuba’s citizens.”

Earlier, in October 2015, the Commerce and Treasury Departments launched the U.S.-Cuba Regulatory Dialogue, which led to several important regulatory updates that include:

With the Administration’s new regulatory updates, the American business community is now permitted in certain areas to work directly with the Cuban private sector, empowering Cuban entrepreneurs on the island.

(Visit the U.S. Treasury Department website to see a full list of answers related to doing business in Cuba.)

The political, cultural and economic barriers within the country coupled with continued government restrictions may mean that, except for a few select industries, now is not the best time to do business in Cuba.

That is not to dispel the enthusiasm for an increased small business presence within the country, however. A Washington Post poll revealed that 70 percent of Cubans want to start their own business.

In his weekly radio address prior to visiting Cuba, President Obama said, “We’re still in the early days of our new relationship with the Cuban people. This transformation will take time. But I’m focused on the future … a better future for the Cuban people, [and] a future of more freedom and more opportunity.”

Perhaps the best way to approach the issue of doing business in Cuba is to adopt a “wait and see” attitude. Sanctions will continue to lessen, and, if Congress gets on board,  the government will likely lift the embargo in its entirety. Until then, keep your eye on the southern horizon. The opportunity to do business in Cuba may come quicker than expected.