Sensoria: Inside The Business of Wearable Tech 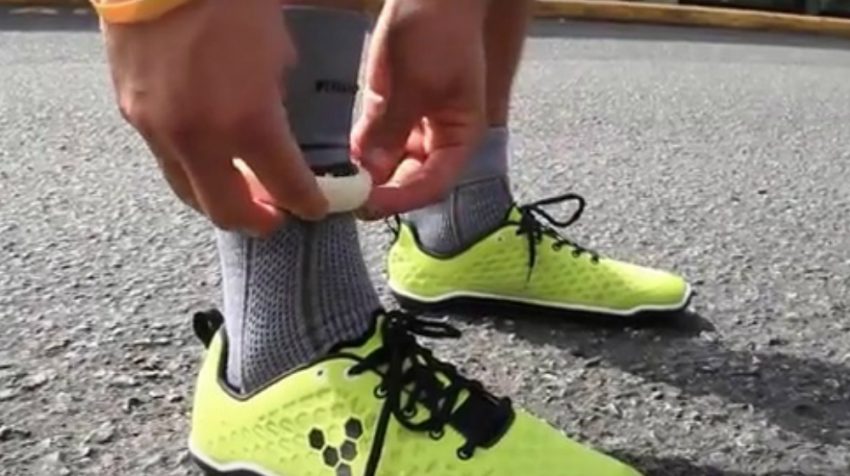 Disruptive technologies are all about challenging the lifestyle boundaries that guide us as consumers. These innovations thrust us into the unknown, redefining our daily routines to establish new markets the world never even knew it needed — and no disruptive technology has evolved faster than wearables.

Over the last five years, demand for this fusion of cutting-edge technology, fashion, design and healthcare innovation has completely and utterly exploded. By 2018, analysts reckon the wearable technology market will start bringing in an estimated $8.3 billion per year.

Market pioneers are already reaping the benefits of that growth. Researchers at Gartner are forecasting 274.6 million wearable devices to fly off the shelves in 2016. Yet the sector has rapidly moved beyond your average, run-of-the-mill smartwatch.

Companies like Sensoria have got far more dynamic innovations in mind.

Sensoria Fitness is one of the wearable industry’s fastest rising stars. Established in late 2010 by some of Microsoft’s leading minds, Sensoria has already redefined the potential of athletes across the globe via its cutting-edge textile sensors.

With the aid of a custom-built app, Sensoria’s sleek smart socks, sports bra and fitness t-shirt enable coaches, professional athletes and amateur enthusiasts from all walks of life to track an unprecedented amount of data whilst working out. Sensoria wearable tech is award-winning and can help break down someone’s running technique, tell them more about their heart rate, pace, cadence, stride and how well they exercise.

Yet according to cofounder and CEO Davide Vigano, Sensoria’s innovative take on wearables extends far beyond basic analytics.

“Smart garments are becoming the new standard in the fitness industry,” he says. “The technology serves to not only generally track fitness and health metrics, but data collected can be used widely for self-improvement and potentially for injury prevention.

“We felt that there was an opportunity for the sports apparel and fashion industry to reinvent itself through technology, so we set out to create an integrated family of smart garments that behave like a biometric sensing computer that feels natural with elegant, cool looks.”

Vigano and his team have certainly got a wealth of experience within the technology industry. Having spent over two decades heading some of Microsoft’s most successful divisions, Vigano ultimately settled as the General Manager of its Healthcare Solutions Group. There, he presided over the multinational’s diverse HealthVault range — which includes market-leading brands like Fitbit and SINOVO.

Since launching Sensoria, Vigano has been able to develop these concepts further still — helping wearables to evolve far beyond the sector’s current mainstream offerings.

“What we wear is an expression of who we are,” he says. “Personally I have no appetite to wear more hard plastic or metal on my body beyond my wrist to gather data and quantify myself. The wearable devices should disappear to the human eye and get woven into the fabric of our clothes and our lives.”

With that in mind, Sensoria wearable tech now bases its offerings on the vision that “The Garment Is the Computer” — that the garment itself should replace the clunky plastic of a wearable device.

“What differentiates us from all the other wrist-based wearable products out there isn’t just the novel data we are able to capture and the accuracy of our step counter or cadence monitor, but rather the fact that our sensors are fully embedded into the garment itself and nearly impossible to detect by the naked eye,” Vigano says. “Basically, we ensure our stuff fits seamlessly into our customers’ lives. They don’t even have to think about it.”

That mission certainly rings true with consumers. Sensoria has already earned itself a gaggle of accolades and endorsements that have helped solidify its market position within the up-and-coming wearables sector. Yet more impressive still are the partnerships Sensoria has forged in order to continue rolling out innovative products on a regular basis.

Last year, Sensoria teamed up with racing experts at Renault to construct a ground-breaking racing suit for professional drivers. And Vigano and his team kick started 2016 by unveiling a new joint initiative with Microsoft that will provide soccer teams with an unprecedented level of analytical opportunities using sensors in each player’s cleats to collect data about their performance.

That being said, Sensoria certainly isn’t limiting the potential of its technology to only professional athletes.

Although the company’s products provide clear implications for professionals and coaching staff, early critics have argued the dizzying level of data Sensoria’s smart garments collect may not be quite so useful in the hands of everyday athletes.

Vigano dismissed the claim by pointing out just how simple Sensoria’s innovative garments are to use.

“Our system can be extremely beneficial for professional athletes, coaches and trainers, but we designed the products with everyday athletes in mind,” he says. “It provides a lot of data, but it is all useful data that can be used in real time and after analyzing post-workout feedback. The system informs runners not only how fast and how far, but also how well they run.”

Yet even as Sensoria works to improve the lives of amateur and professional athletes, Vigano and his team are keen to prove that Sensoria’s technology has far greater ramifications for the wider world.

In 2015, the company teamed up with healthcare giant Orthotics Holding Inc. to deliver a pioneering product designed to assist the 14 million Americans aged 65 or older who experience a fall each year. Dubbed the Moore Balance Brace, the device uses Sensoria’s technology to help clinicians detect patient adherence, activity levels, time on the ground when they’ve fallen and future center of balance shifts.

Sensoria is also working with a start-up in Maine that’s been using their Sensoria Developer Kit to offer an innovative solution for patients with Alzheimer’s and dementia. Smartphone app upBed connects to Sensoria’s smart sock to detect when a patient leaves the bed, and immediately notifies caregivers via text message. It also tracks a patient’s sleeping patterns, and uses Bluetooth to keep up to three individuals in the loop at all times.

Yet according to Vigano, Sensoria and its ever-increasing army of industry-leading partners have only just scratched the surface concerning the technology’s implications for the healthcare sector.

“We’ve got even more in the works, stuff that could aid in rehabilitation after a stroke or post-surgery — with the ultimate goal of speeding up overall recovery time,” he says. “The possibilities are endless.”

So long as the wearables sector continues to sail along its current trajectory, Vigano seems absolutely right. Experts are forecasting the overall market for wearable technology to reach $31.27 billion in the next four years. In the short-term, that growth will likely be driven by increasing sales of ordinary smartwatches and first generation plastic wearables.

Yet in the long-term, Sensoria wants to drastically expand that market by redefining what consumers should expect from the so-called Internet of Things.

“Our long term goal is to become the standard ingredient of wearables, but we want to take it a step beyond that,” Vigano says. “Thanks to our new Sensoria Core platform we are more of an ‘Internet of Me’ company that can IoT enable any garment versus a wearable device company.

“If you start from that idea and just assume that every single garment has the capability to become a computer, then everything comes down from that. That is a big assumption, but it is happening today. We are selling products today that have that capability, so it can be done.”