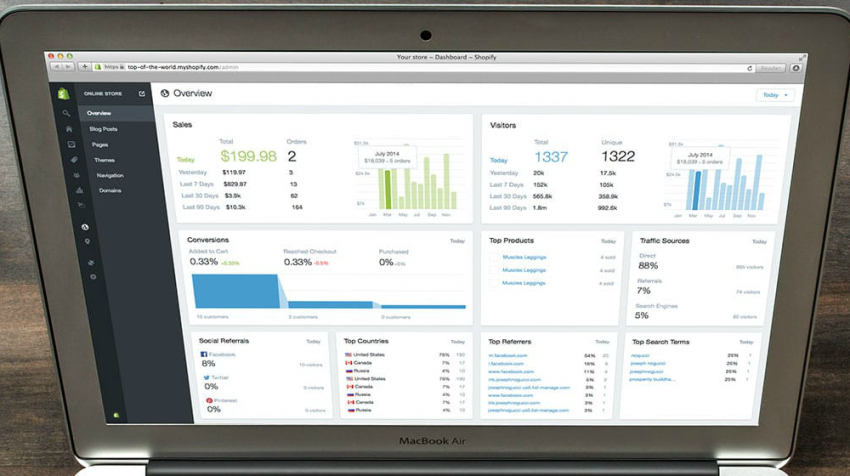 Riding high on mobile phone orders, ecommerce company Shopify has started the year with a bang.

In the first quarter of 2016, Shopify’s total revenue grew 95 percent year-over-year to $72.7 million. Much of this growth came from orders on mobile that surpassed those on desktop for the first time ever.

Some of the top highlights of Shopify’s quarterly results include the following:

“Our first quarter delivered a great start to the year,” stated Russ Jones, Shopify’s CFO. “The strong merchant adds in the quarter, together with GMV once again doubling year on year, highlight the value we bring to merchants of all sizes. Our unique combination of strengths is clearly meeting a pressing need in commerce right now.”

As the numbers clearly indicate, mobile commerce has turned out to be an extremely profitable arena for Shopify. Company’s founder and CEO Tobi Lütke states, “The era of mobile commerce has officially arrived: mobile orders from Shopify merchants surpassed those of desktops in February, and have continued to climb since.”

But Shopify isn’t stopping at mobile.

The company has revealed where it will focus next: messaging. It is worth noting that Shopify is already making some strides in this direction. It recently acquired Kit CRM, a virtual marketing assistant to boost its messaging and conversational commerce capabilities.

Shopify is a leading cloud-based, multi-channel commerce platform aimed at small and medium-sized businesses. Merchants use the software to design, set up and manage their stores across sales channels. Currently, the company assists 275,000 businesses in nearly 150 countries.