Smart Locks Provide Easier Access to Offices of the Future 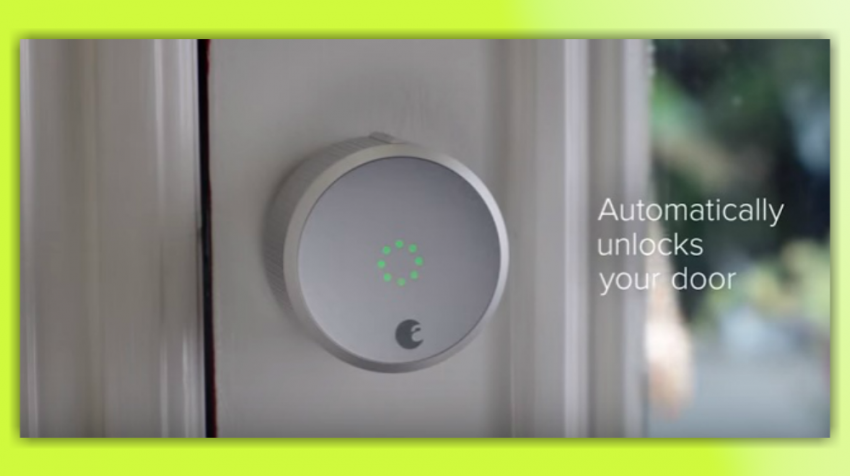 Basic security is crucial for any small business. Yet, as non-traditional work patterns become more and more commonplace, the inconvenience of cumbersome and old-fashioned security methods is turning out to be a major hindrance for more forward-thinking business owners.

A solution to that problem seems to have emerged with the launch of the second-generation August Smart Lock.

August has always been an industry leader in smart home security — and so when the company announced the impending release of its new-and-improved August Smart Lock last October, tech-savvy users were left on tenterhooks.

Fast-forward seven months, and the company has finally delivered. According to critics, it’s been well worth the wait.

With integrated support for Apple’s HomeKit, this latest version of the August Smart Lock enables users to lock, unlock and check the status of their home security using Siri voice commands.

The August Smart Lock is also compatible with a range of various third-party HomeKit apps like iDevices, Insteon+ and Lutron. That means you can also use the system to ensure all of the lights in your office automatically shut off whenever the doors are locked.

“We are committed to providing value by partnering with companies such as Apple to deliver the features our customers are asking for, including HomeKit integration and support for Siri voice commands,” said Jason Johnson, CEO of August Home.

August has definitely hit home in providing the most heavily integrated smart lock to date. That being said, there are quite a few rising stars within the smart security sector that definitely merit a second look, too.

To give you a crash course in this up-and-coming market, here are a few of the top smart locks on the market:

The Kwikset Kevo is one of the oldest smart locks on the market, but it’s still one of the best. The Kwikset Kevo is a Bluetooth, touch sensitive deadbolt lock that can be opened using either a fob or an iOS app — so you don’t actually need your iPhone handy in order to get into the office. Users can also send ‘ekeys’ to others via the Kevo app — allowing you to grant access to friends and co-workers from anywhere on the globe.

The Lockitron Bolt is an affordable and easy-to-install smart lock. Rather than fit over your lock, it completely replaces your deadbolt. The Bolt is quiet, can be accessed and controlled via an accompanying app and is fully connectable using an external WiFi bridge.

The Schlage Sense is a secure, single-cylinder deadbolt lock that’s Bluetooth enabled and features a well-designed accompanying iOS app. Unlike most of its competitors, the Schlage Sense has also got a built-in tamper alarm, and allows you to send friends access codes and set up schedules. You will need Apply TV in order to take advantage of all of its remote controls.

The LockState RemoteLock 6i is an easy-to-use smart lock that’s WiFi enabled and a good fit for shared offices or rental properties. Using its accompanying browser software, you can extend and monitor access remotely — and can also control other WiFi connected devices like thermostats.

Yale is another big industry player, and its Keyless Connected Ready Smart Lock is definitely worth a look. It completely replaces your existing rim cylinder lock, and features a touchscreen , tamper alarm and a three minute lock feature if the wrong code is entered five times in a row. It’s also compatible with Yale’s Smartphone Alarm and CCTV systems — making for a fully-integrated smart home security solution.

Expected to ship later this fall, Haven is a new breed of smart lock. Unlike its deadbolt competitors, Haven is floor-anchored in order to fortify your door at its strongest points. The Haven is built of military-grade materials, Bluetooth connected and features an FIPS compliant encryption system. The Haven can be controlled via an accompanying app.

If you’re in search of something a bit smaller, The Morning Industry Locks QF01SN Keypad and Remote Deadbolt may prove a smart alternative to a clunky deadbolt system. It does feature a more old-fashioned keypad lock, but it also comes with a key chain fob remote. At a relatively low price, this is a reliable, entry-level smart lock.

The Mul-T-Lock ENTR is undeniably the most advanced commercial biometric smart lock on the market. It can be pre-programmed to admit only certain finger prints; however, you can also grant temporary access to others using an accompanying app or PIN code.  A cheaper, non-biometric model is also available for half the price.

Master Lock Bluetooth Smart Padlocks aren’t designed for a front door, but they’re ideal for cabinets, lockers or garages. These are heavy duty Bluetooth padlocks featuring touch control, and can be accessed via an accompanying app that’s available on both iOS and Android. Using the app, you can also gain access to multiple padlocks, share digital keys and grant scheduled guest access.

Sesame very well may be the easiest smart lock to install. It fits just about every deadbolt lock on the market, and comes with all of the connectivity tools you would expect from a well-equipped smart lock. What sets Sesame apart is that it will automatically grant entry to anyone who’s been taught a bespoke, secret knock.

At the end of the day, smart locks are still somewhat of an emerging technology. That means it’s always worth doing your homework before taking the plunge and investing in your very own smart security system. But for many small business owners, the features that accompany these products are simply too good to pass up — and like it or not, it looks like the future is definitely here.

See Also: Will Robots Be Cleaning Our Offices in The Future?