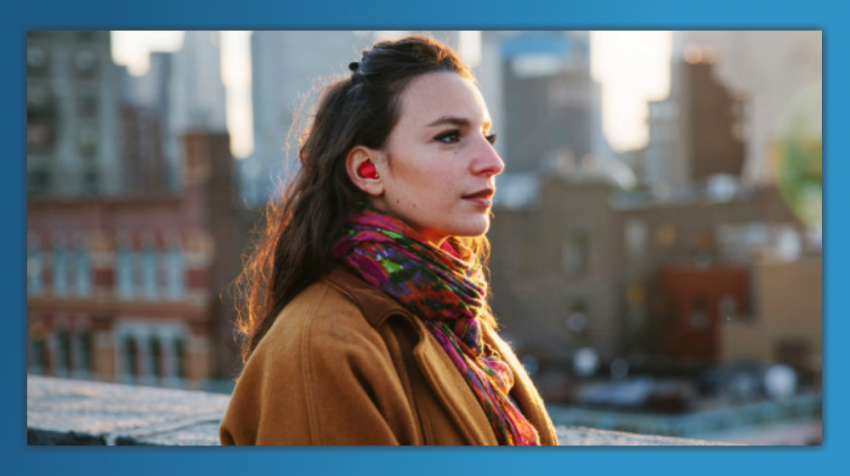 Real-time translation used to be the domain of human beings, but machine translation has evolved to the point it can now deliver highly accurate results instantly.

Watch this video that shows you how the new Pilot real-time translation earpiece works if you really want to be impressed:

At first glance the Pilot looks like a small hearing aid, but it has been uniquely designed by Waverly Labs as the world’s first real-time translation earpiece. Using a combination of speech recognition, machine translation and voice synthesis, this tiny device takes the spoken words of one language and translates them to another one.

Real-time translation is being addressed by all the major tech companies, including Google, Microsoft, Apple and others. Skype Translator was announced last year offering six voice languages as well as 50 messaging languages. With globalization and today’s collaborative workforce environment, translation solutions are a critical piece of how we will be communicating.

So far, the only languages that are available for the Pilot include Latin or romance languages, such as English to Spanish, French, Italian, etc., which will be available this summer. The company said it is working on other languages, including East Asian, Hindi, Hebrew, Arabic, Slavic, African and others at a later date. These additional languages will be available for a premium fee, however, if you decide to buy the Pilot during the launch campaign, you will always receive the language packs for free.

The Pilot comes with two ear pieces and an app that seamlessly integrates with your smartphone to begin translating as soon as the conversation begins. With a delay of only a couple of seconds, this real-time translation earpiece will let you carry on a conversation in the language you have selected right away.

Currently the device only translates the conversation you are having with the person, but the company sees future versions working with your surroundings to eventually translate everything around you. Because the Pilot real-time translation earpiece uses machine learning, the company says it will continue to improve its accuracy and speed, thus reducing the couple of seconds of lag even more. The company also readily admits machine translation is not perfect and makes mistakes sometimes, but with increased usage the translation engine improves its performance.

The retail price for the Pilot is expected to be $249 to $299, but early bird customers can get limited quantities for $129, $149 and $179+ at different stages of launch. You can expect delivery as early as Christmas, but the company warns fulfilling orders could take until next spring.

Michael Guta is the Assistant Editor at Small Business Trends and currently manages its East African editorial team. Michael brings with him many years of content experience in the digital ecosystem covering a wide range of industries. He holds a B.S. in Information Communication Technology, with an emphasis in Technology Management.
44 Reactions
Subscribe
Follow @smallbiztrends
RSS LinkedIn Pinterest iTunes