The Ultimate Guide to Periscope 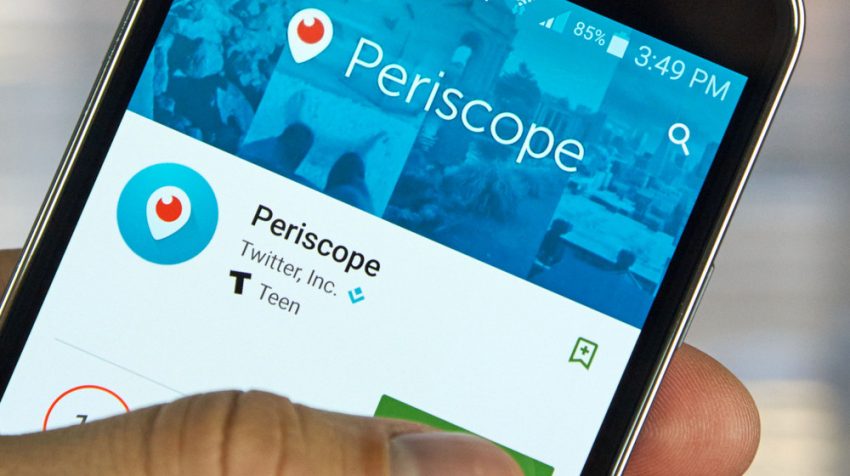 Periscope, the live streaming video mobile app, cemented its position as one of the top social media networks when it was named the, “Apple App Store’s 2015 App of the Year”, an honor the company called, “a delightful surprise”.

While the team behind Periscope may have been surprised, a look at the numbers reveals the app’s meteoric rise: a mere four months after its launch on March 26, 2015, the app boasted 10 million active accounts and 2 million users.

Here at Small Business Trends, we’ve monitored the growth of Periscope closely. The easy-to-use app is a perfect fit for small businesses as it enables them to connect intimately with a wide audience so people can learn more about your offerings while providing, and promoting your, value.

Whether you’ve used the app yet or not, we’d like to help you get the most out of what it offers. To that end, we’ve compiled the ultimate guide to Periscope below.

The Ultimate Guide To Periscope

If you’re new to Periscope, we recommend clicking here to begin your journey. At the other end of that link, you’ll find a step-by-step guide to using the app including:

As thorough as that guide may be, there have been many enhancements to the app since it was published. Here’s a highlight on how to use Periscope and some of the most noteworthy new features:

Back in September 2015, Periscope introduced landscape mode. You see, up until then you could only broadcast in portrait mode, which limited the breadth of your audience’s view. With landscape mode, your stage grew, as did the possibilities.

In September 2015, Periscope introduced web profiles. These handy pages make it much easier to find the recent broadcasts of those you follow. Instead of searching for them in the app, they’re compiled in one place. 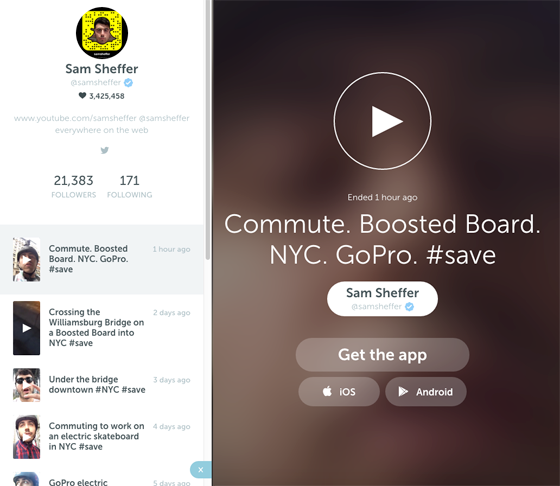 October 2015 saw the introduction of Periscope to Apple TV. Now you can watch your favorite broadcasters, or discover new ones, in the comfort of your home theater.

Discover Replays on Periscope’s Global Map and Skip Ahead

When Periscope was first introduced, the app’s map enabled you to discover live broadcasts happening across the globe. In November 2015, the team enhanced the map so you could find replays of recent broadcasts as well.

See Also: A Complete Guide To DIY Voip Setup For Your Business 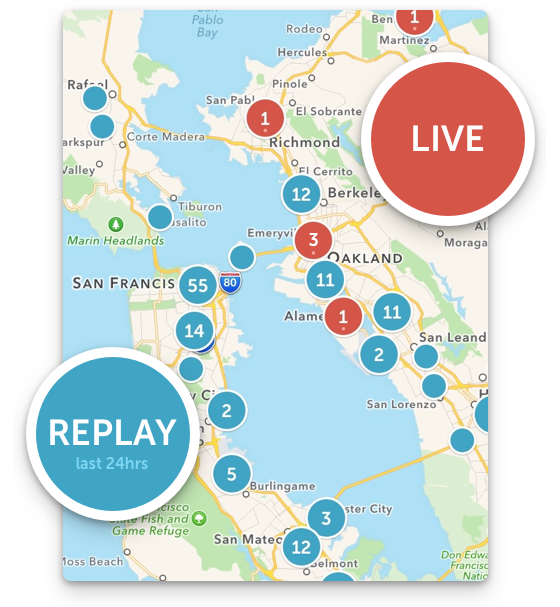 At the same time, the team introduced “skip ahead”, a feature that enables you to move forward in a replay more quickly.

While Periscope had always offered the ability to announce a broadcast within a user’s Twitter stream, watchers had to click on a link that opened Periscope to watch. Early January 2016 saw an enhancement to that feature: the ability to watch a Periscope broadcast directly in a broadcaster’s stream without having to leave Twitter.

Later in January 2016, Periscope introduced the ability to connect with and stream from GoPro cameras live. For those unfamiliar with GoPro, these light cameras were created to film from a broadcaster’s point of view. Harnesses are available so they can be attached to a car, your body and even a dog. Adding this capability enabled broadcasters to include these thrilling views to their repertoire. 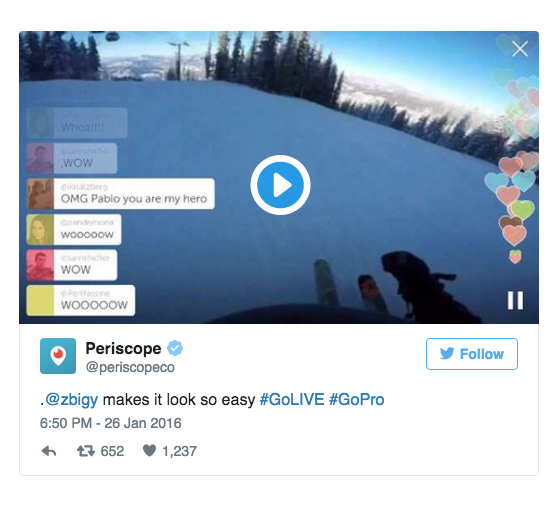 In April 2016, Periscope introduced sketch, the ability to draw on the screen during broadcasts. Sketches are visible for a few seconds and then disappear, making room for the broadcaster’s next piece of art. 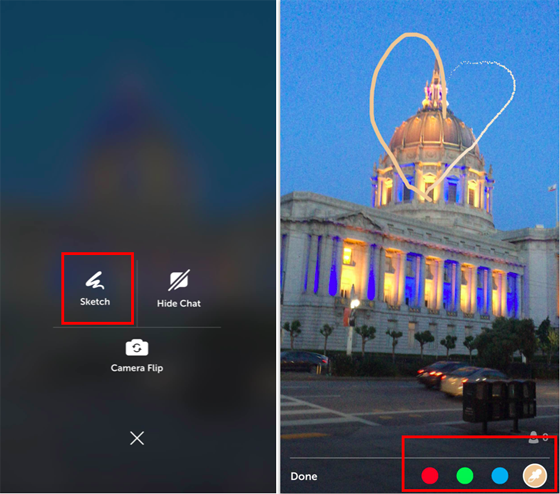 Periscope Connects to a Drone

In May 2016, Periscope added the ability to broadcast from a drone camera. Currently available for iOS devices only, this feature introduces breathtaking possibilities. 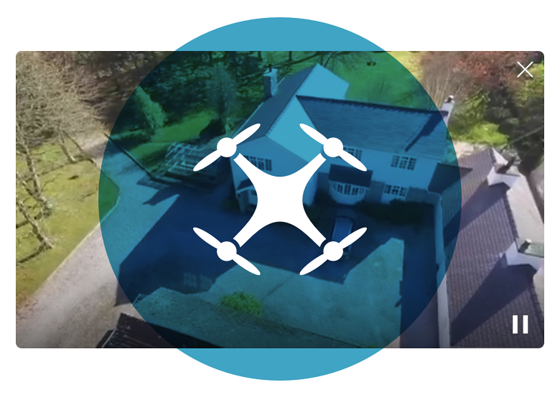 Not ones to rest on their laurels, the members of the Periscope team have more enhancements in the works including broadcast search and the ability to save your broadcasts beyond 24 hours.

To stay abreast of what’s coming, keep an eye on the Periscope blog. To learn how to use new features, visit Periscope’s Help Center.

Using Periscope to Promote Your Business or Create One

Nothing attracts marketers more than a hot social network like Periscope. The equation is simple: more people = more exposure = higher odds of reaching your prospects with targeted messages.

As noted above, Periscope fits small business marketing to a tee. The cost is low and the potential for return is high – a great ratio for any small business.

In addition, Periscope is personal; it was made to encourage and build a relationship between broadcaster and watcher. This app is where your personality can shine, differentiating you from your competition both big and small.

How can you use Periscope to promote your business? Here are a few ideas:

You can even use Periscope as the basis to create a new business. For example, Ray Garcia did just that with Telepor.me. His company matches live streamers with people who are relocating or want to take a vacation. For a small fee, the live streamer provides tours of local sights, attractions, and lodging via Periscope so that folks are not flying blind when they plan their move or trip.

With so many users, there’s a veritable legion of experienced broadcasters willing to share advice on using Periscope. Here are some tips and reflections:

The Legal Implications of Using Periscope

While there are many upsides to streaming video via Periscope, small businesses need to be aware of the potential legal pitfalls.

A few of the potential issues include:

The marketing opportunities provided by Periscope are many. If your small business is not yet using the live streaming video mobile app, we encourage you to give it a try using the ultimate guide to Periscope above.

Matt Mansfield is the Tech Editor and SEO Specialist at Small Business Trends where he is responsible for directing and writing many of the site’s product reviews, technology how-to’s, and lists of small business resources as well as increasing the reach of our content.
3 Reactions
Subscribe
Follow @smallbiztrends
RSS LinkedIn Pinterest iTunes