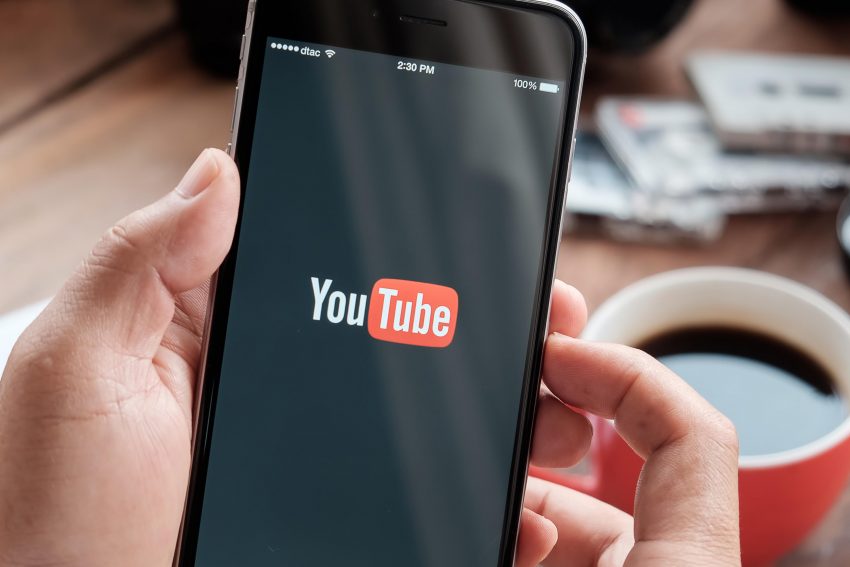 The social platforms that businesses use for marketing are constantly changing, from new options entering the marketplace to changing and updating features. Recently, YouTube launched a new messaging app to rival Facebook. And Snapchat more than doubled its video views in under a year. Read on for more small business updates in this week’s Small Business Trends news and information roundup.

Here’s a bit of unexpected but timely news — YouTube is adding a chat service to its app. The YouTube messaging app is essentially a messaging service that allows you to share embedded YouTube videos right from your chat window.

Snapchat Video Views Are Up – Again

The Ultimate Guide to Periscope

Periscope, the live streaming video mobile app, cemented its position as one of the top social media networks when it was named the, “Apple App Store’s 2015 App of the Year”, an honor the company called, “a delightful surprise”.

What is the best city in America for small business growth? According to a newly-released survey from Biz2Credit, it’s San Jose, Calif., which edged out New York City to achieve the number one ranking. Biz2Credit, an online marketplace for small business funding, analyzed more than 55,000 businesses across the country in its annual Best Small Business Cities in America survey.

Only 13 Percent of Small Businesses Offer a Retirement Plan

The number of small businesses offering their employees a retirement plan has dropped by almost 50 percent. According to Capital One’s Spark Business Barometer, political uncertainty and poor retail conditions have forced a vast number of small businesses to scale back hiring plans — with just 26 percent of owners saying they plan to take on new staff in the next six months.

Google Shares Ways To Increase Traffic To Your Business [Watch]

Google wants small businesses make the most of the internet, and it’s doing its bit to encourage them. In April, the internet giant announced it will offer free workshops to help small businesses improve their online presence.  To that effect, it has now shared a video that explains digital marketing for small and medium businesses.

Local businesses need better online presence and must improve local marketing campaigns in order to succeed in their communities, a new survey says.

A Behind The Curtain Look At How to Rank on Amazon

In a time when search engine ranking factors have been analyzed to death, one of the final mysteries in ecommerce marketing is how to rank on Amazon. That’s right — it’s far easier for a small business to find solid, usable advice on how to raise its search engine rank on sites like Google and Bing (so they appear earlier in search results) than it is to do the same on Amazon.

Shipping and mailing products provider Pitney Bowes just launched a “first of its kind” shipping software called SendPro, that enables small businesses to utilize the same technology used by large companies to manage shipping, mailing and parcel payments but at a price that fits most small business budgets.

For some time, small business owners have been pondering how virtual reality might change the way they serve customers. Now one of the world’s largest online retailers may be pointing the way. Sure, shopping from a mobile gadget is already convenient enough, but eBay thinks the shopping experience can be improved further with the use of virtual reality.

While most delivery services offer basic location services, UPS on Wednesday announced that it will be rolling out its “Follow My Delivery” app that allows users to check on UPS delivery progress.

Innovative business owners are constantly finding new ways to use eco-friendly materials in various products. Bamboo Watches Australia is just one example. The Australian based company uses, you guessed it, bamboo to make quality watches. Read more about the company and its story in this week’s Small Business Spotlight.

Earlier this year, Bank of America jumped onto the cardless ATM technology bandwagon announcing the introduction of the state-of-the-art ATMs that would allow customers to withdraw or complete other tasks using their smartphones instead of their bank cards.

Plastiq Lets You Pay a Bill — Just By Taking a Photo

While new digital financial solutions have changed the way we bank and pay our bills, there is still a large percentage of the population that prefers to use checks, brick and mortar outlets, and cash. But this doesn’t mean companies like Plastiq are not trying to sway this group and everyone else by providing solutions that can really simplify financial transactions.

When the Amazon Echo was released with its Alexa personal assistant in 2014, the popularity of the product caught everyone by surprise, including Google. Since then, the search giant was reported to have been working on an “Echo Killer,” and the company made good on that rumor when it announced Google Home at its 2016 I/O Developer Conference.

The litigations in the tech world regarding intellectual property have been well documented. This has led companies to be more thorough with their due diligence before they decide to use a particular technology.

NetTALK, a platform similar to Vonage that lets users make inexpensive international calls via their WiFi or wireless connection, just announced the launch of several new features, one of which is intended primarily for small business use: 4G LTE wireless telephony service.

Airtime Relaunches As Group Video Chat, Wants To Be The Future Of Social

Four years after falling flat as a random chat “roulette” site, video sharing service Airtime has been relaunched as a free group video chat mobile app. The brainchild of Napster co-founder Sean Parker, Airtime was launched in 2011 as a live video chat site. It generated a huge level of buzz, stringing up endorsements from the likes of Snoop Dogg, Olivia Munn and Martha Stewart.

Book The Best Seat In The House With Reserve for Restaurants

Since they launched in 2014, Reserve has always been known as a ‘dining concierge’ and now they look ready to do more as they recently unveiled two new tools: Reserve.com, a website for users to find restaurants and make reservations, and a table management software Reserve for Restaurants.

3Dprintler ChatBot Shows Bids on 3D Printing From Your Phone

3D printing is now at your fingertips. That’s thanks to Canada-based startup 3Dprintler, which has introduced a chatbot for ordering 3D printing services via your favorite messaging apps like Skype, Facebook Messenger, and even SMS. Launched in April this year, the bot was recently showcased at TechCrunch Disrupt New York.