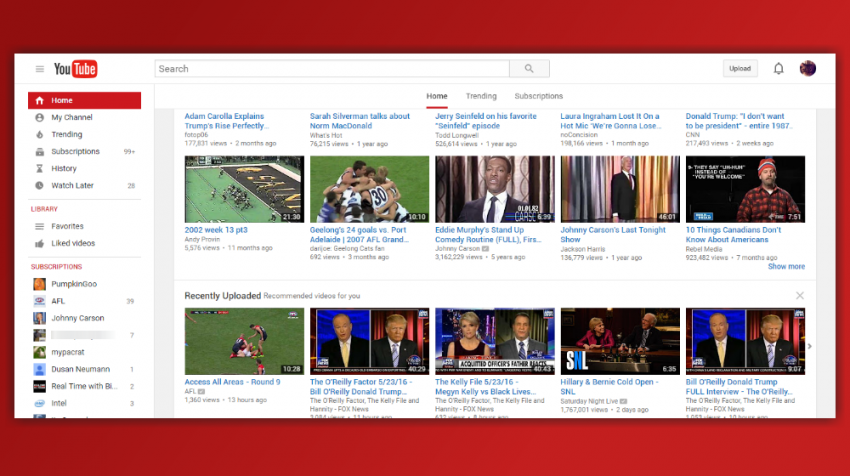 Here’s a bit of unexpected but timely news – YouTube is adding a chat service to its app. The YouTube messaging app is essentially a messaging service that allows you to share embedded YouTube videos right from your chat window.

YouTube knows that many people are already talking about YouTube videos on other platforms so the YouTube messaging app is ideally designed to allow users to keep conversations in one place. YouTube is calling it “native sharing” because users can share videos within the app and even invite friends into conversation threads.

YouTube’s messaging app is, at the moment, only open to a few selected individuals who are then able to spread it to their friends by inviting them into conversation threads. Friends can talk about the shared video clips right inside the app and they can also keep the conversation going by posting more videos on the thread. The message threads reside within a new tab on the app and users can always catch up on missed conversation and at the same time dip in and out of conversations. If all goes well, the native feature will then be added to a future app update.

According to Wired, the director of product management at YouTube Shimrit Ben-Yair says that the native sharing feature was developed after her team hypothesized that a streamlined native way to share YouTube videos would result in more sharing, which is exactly what the company wants.

Currently, people copy YouTube links and paste them on other messaging apps such as WhatsApp, Snapchat and Facebook Messenger.

The sharing feature on the new YouTube Messaging App should ideally stop YouTube audiences from switching to another app and now businesses on YouTube have the opportunity to show their ads to more than 1 billion people who watch videos on the platform.

If successful, YouTube might once again prove to advertisers that they are a force to reckon with and they can as well come up with new innovative ways to increase customer attention.