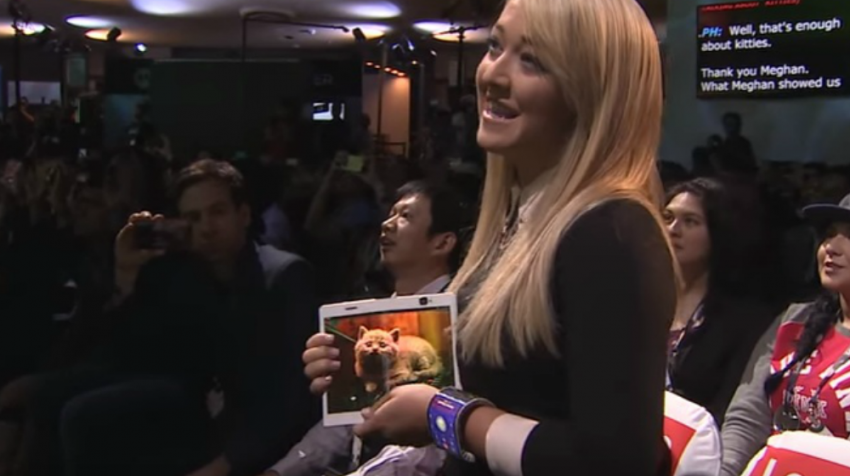 Flexible computing technology has been the fodder for countless Sci-Fi movies, but when it comes to the real world, most of the complex electronics components we currently use are not flexible. To achieve some flexibility, manufacturers strategically place the rigid materials amongst the flexible components. The clip of the prototype flexible smartphone and tablet by Lenovo highlights this very point.

But the technology is flexible enough to be demonstrated live at the Lenovo Tech World 2016 by YouTube personality Meghan McCarthy and the demonstration seemed to go off without a hitch.

During the demonstration at the event, Lenovo SVP and CTO Peter Hortensius didn’t give any dates as to when the phone called CPIus and tablet named Folio will be available.

When the CPlus is fully stretched, it is a narrow, slightly long smartphone with a 4.26-inch flexible display running on Android operating system. According to Lenovo, it comes in a choice of 12 different colors.

If, say, you want to wear it on your wrist, it bends on the multiple hinges on the phone to almost form 360 degrees. This changes the display format of the screen into three sections, each with different functionalities.

The bottom section launches applications, the middle part has controls for a media player, and the top portion shows the time, weather and notifications.

The Folio on the other hand only bends in half, which is no small feat. But when you bend it in half, one section goes dark, and the lit side essentially becomes a big smartphone you can make calls on. 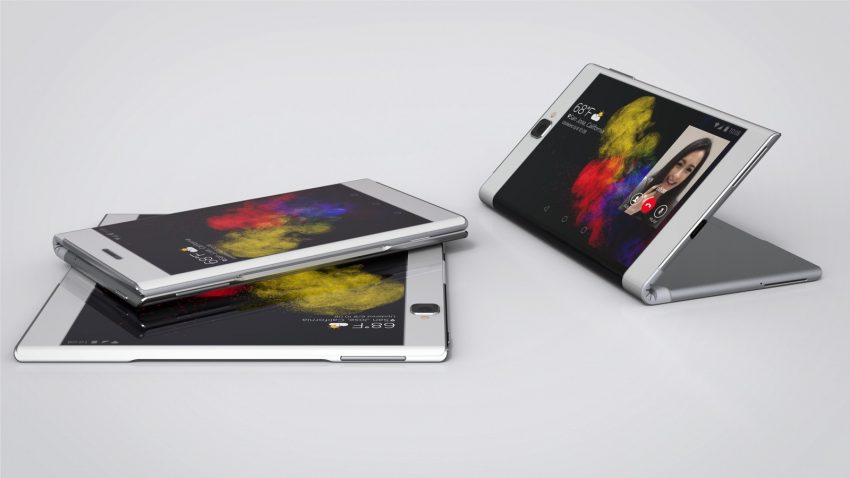 The bendable smartphone segment is getting a lot of attention because of the number of companies that are introducing similar products in the market place. A bendable smartphone from Oppo, is but one of the many examples, and the Moxi Group in China is releasing a black and white wrist phone that can bend 360 degrees later this year.

Not to be outdone, Samsung is supposedly also working on bendable devices as part of its “Project Valley.” According to Bloomberg and people that are familiar with the matter, the South Korean company is considering the launch of two new smartphone models as soon as the 2017 Mobile World Congress in Spain.

According to the report, the first phone bends in half like a compact, and the second one has a five inch screen that rolls out to eight inches to form a tablet. Samsung doesn’t comment on speculation or rumors, so we will have to wait until next year to see if it comes to fruition.

The obvious question is, what is the point of having a flexible smartphone?

As of now, the price point will be too expensive for businesses to even consider these phones as a communications solution. For example, the Moxi Group’s black and white phone is slated to sell under $800, while the color display will cost more.

In addition to the high cost, the phones have limited functionalities. They will not offer many of the features businesses look for to communicate with their employees, such as office applications, video conferencing and long battery life.

For now bendable smartphones can only be a novelty, but who knows. Maybe in the future they will be as flexible as the ones we have seen in the SciFi movies with as many or more features than our smartphones today.