Look At This Crazy Bendable Smartphone Screen from Oppo 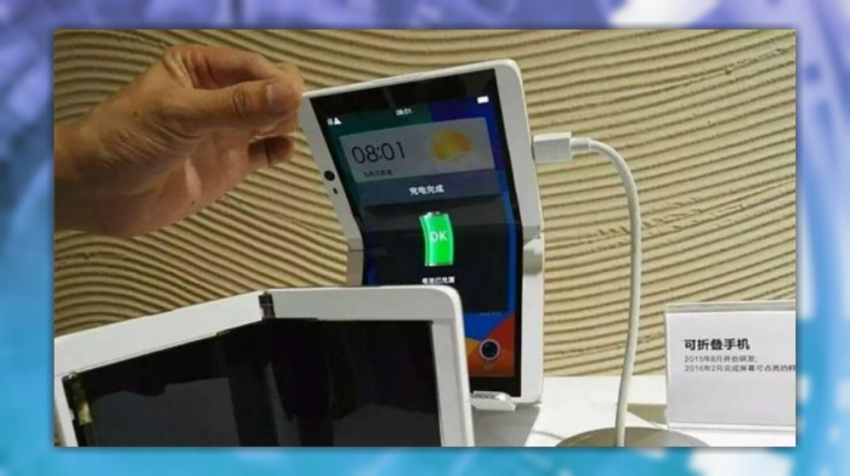 Remember when having a flip phone was considered cool and trendy? Well, times have changed and seeing someone with one now might get you wondering why they still own such an outdated piece of technology. But don’t be too quick to judge. Having a flip phone could soon be trendy again — well, sort of — if leaked images of a bendable smartphone screen from Oppo are any indication.

Are Bendable Smartphone Screens the Wave of the Future?

The leaked photos show a device featuring a large (about 7 inches), foldable smartphone screen. There also appears to be a front-facing camera to one side of the screen — a weird place for it compared to most smartphones today. It’s possible there is a second camera at the back that can’t be seen in the photos.

From the photo above, the prototype seems to be running some version of Android, and it shows the battery’s status as fully charged, presumably to demonstrate to the world that the phone will continue charging even when it’s folded.

The bendable smartphone screen is still in the prototype stage, but Oppo is said to have been working on the concept since August 2015 and a working prototype was produced in February 2016.

Oppo’s concept device shares some similarities with the one Samsung showed off at The Society for Information Display (SID) 2016.

Oppo is not a stranger to innovation. About 2 years ago, the Chinese smartphone manufacturer introduced the N3 smartphone with a camera that can swivel 260 degrees. The company also recently showcased a Super VOOC fast charging tech that can charge a 2,500mAh battery from 0 to 100 percent in only 15 minutes.

If officially launched, the folding smartphone screen might be another huge boon for productivity. With its large screen, you could use it to type or watch videos while still being able to easily fold it to a manageable smartphone size. And, of course, being a phone, the device could still be used to make calls. The combination of features make this gadget seem like something most business travelers would want to have.

There is still no word on when or if Oppo will actually put these bendable smartphone screens into mass production however. So the business community will  just have to be patient.