Brexit Business Impact: Why Should You Care? 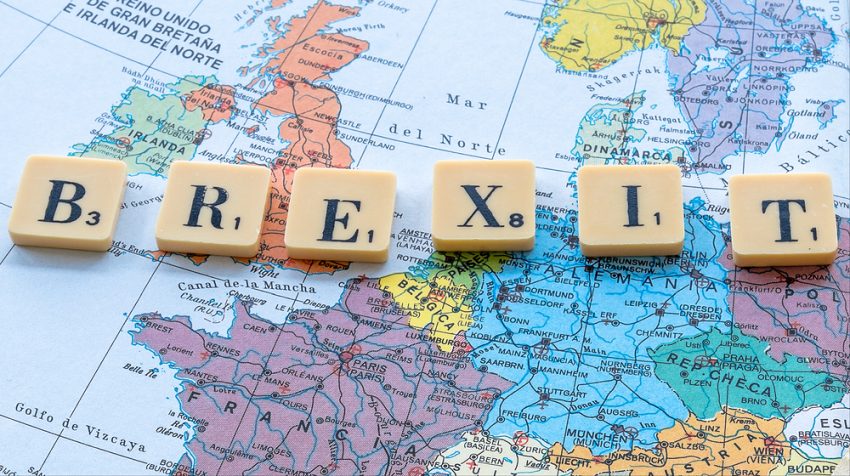 As the results of the Brexit vote were tallied overnight Thursday, the “leave” camp had reason to celebrate while the “remainers” were left stunned by the thought of what an exit from the European Union could mean.

Economists forecast that the separation will result in a tumultuous financial future that will see the devaluation of the British Pound Sterling, the decline of foreign investment in the country and a shake-up of global financial markets. But what will the Brexit business impact be — particularly on small businesses here in the U.S. and in the UK?

It’s the question many small business owners on both sides of the pond are asking, and the answers aren’t hopeful.

For 25-year-old entrepreneur Tom Cridland, founder of a sustainable clothing company based in Cambridge, leaving the EU could lead to the destruction of his business.

Cridland told CNBC that he was “very apprehensive” that a Brexit could destroy his business.

While sold in the UK, Cridland’s clothing is manufactured in Portugal, an arrangement the open trading policy between nations in the EU has made cost effective.

“If you start adding those import tariffs, and our markups don’t work, then we go out of business,” he said.

Sasha Kocho-Williams, the owner of a London-based microbrewery, agrees. She told NBC News that Brexit could mean the end of her business because much of her ingredients and equipment come from Europe.

“Our fermenting vessels … come from Italy because Italy specializes in high-grade stainless steel for the brewing industry,” she said. “We sell all of our beer in bottles … all of our bottles come from Italy with the exception of our glass containers for selling draught beer, which come from Germany.”

Pessimism appears to be the prevailing mindset among many UK small business owners contemplating the Brexit business impact.

According to a survey from Bidvine, a professional services marketplace, conducted before the June 23 vote, many small businesses in the UK believe they would be forced to raise their prices for local services.

Nearly one-third (30 percent) of business owners felt they would have to raise prices and 81 percent felt prices would go up as much as 10 percent. Eight percent of those surveyed were even more pessimistic, saying they expected prices could rise as much as 50 percent.

The survey revealed that just 28 percent of respondents felt leaving the EU was a good idea, and more than half (56 percent) do not think they’d win any more business if Britain left.

An open letter to The Times newspaper, written Wednesday, a day before the vote, signed by 1,300 UK business leaders said that leaving the EU would cause an economic shock wave that would result in “uncertainty for our firms, less trade with Europe and fewer jobs.”

While the letter represented the convictions of some of the UK’s leading companies, it also warned the Brexit business impact would render smaller businesses vulnerable to “serious economic shock.”

Not every small business owner agrees that leaving the EU is a bad thing, however. One hundred small business owners sent a letter to the Sun newspaper calling on readers to vote to leave. They arguing that the ideals of the EU no longer represent the “best interest of British businesses or the British people. “

Part of their reasoning has to do with EU bureaucracy.

“Small and medium-sized businesses are constantly held back by unnecessary EU regulations and red tape,” the letter said. “We need the freedom to be able to thrive in the 21st century … We believe the only way to achieve this is to vote to leave the EU.”

One expert has looked at the Brexit business impact on smaller companies specifically.

Professor Stephen Roper, Professor of Enterprise and director of the Enterprise Research Center at Warwick Business School, Coventry, England, had this to say in an email interview with Small Business Trends:

See Also: What is Return on Kindness and Why is it Important to Your Small Business?

“Small businesses need to prepare for a period of volatility as markets react. Gains in terms of reduced regulation and EU membership costs may follow, but are probably some years off,” Roper said.

He added: “Over the next few weeks a weakening of sterling will help exporters, but will make euro imports more expensive, raising all small firms’ input costs. Interest rates too may need to rise raising business borrowing costs. Longer term, European firms may also switch orders away from the UK to insulate themselves from any changes in trading relations between Britain and the EU.”

How much Brexit business impact will be felt here in the U.S. remains to be seen — espcially for small businesses. But, according to Forbes, there will be implications as markets react.

Forbes said that trade agreements between Great Britain and the EU could be disrupted, and the potential loss of access to the 28 countries that make up the union could “negatively impact” American companies with operations based in England.

Perhaps it’s too early to tell just what impact Brexit will have on small business fortunes in the UK and the U.S. It will likely take years for England to untangle itself from its connection to the EU and only time will tell whether independence is bane or boon.

That’s true for small businesses in the UK at least, Roper explained:

“The gains for small firms from Brexit are probably two to five years away,” Roper said. “There is potential for reduced regulation and new trade deals, but the timing and effects of both remain uncertain. Outside the EU the UK will also be free of EU competition and state aid rules allowing the UK government to provide more direct support to SMEs.”

One thing is for sure, however: In the meantime, uncertainty will prevail.